Neil Young keeps mining his past

Not the legend’s best work 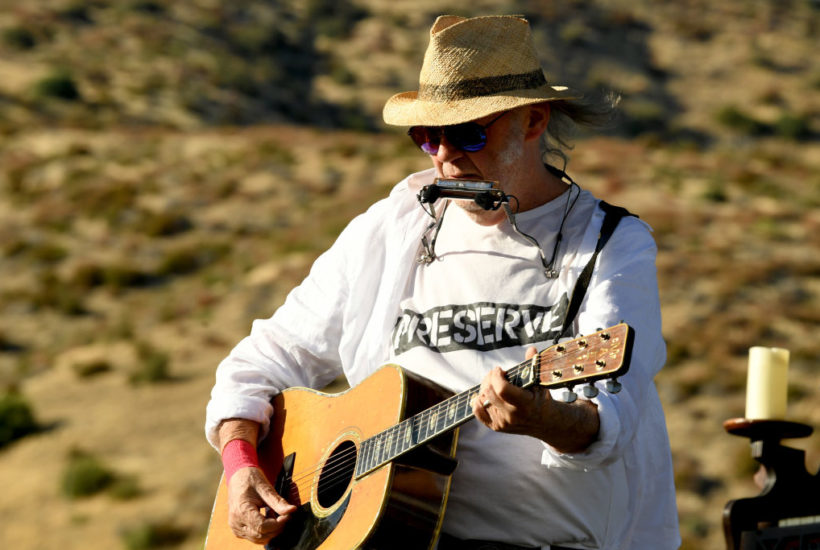 Neil Young has been mining his own past very profitably for a long time now, disinterring a seemingly endless catalogue of stuff which, at the time it was recorded, failed to see the light of day. And people like me fork out each time. I remember looking forward to this album in 1975 — but just before the release date he shelved it in favor of Tonight’s the Night, easily the finest rock album of the 1970s (or, to my mind, since).

This doesn’t come close but, as it’s from Young’s most rewarding period, it holds a certain interest. Five songs have been released elsewhere, including the lovely ‘Star of Bethlehem’ (on Young’s underrated American Stars ’n’ Bars). Of the remaining seven, one is a confused spoken-word dream about a glider accident in Florida, to the accompaniment of Young running his finger around a wine glass. Another is an interminable blues jam ‘We Don’t Smoke It No More’ (if only that were true). The rest ranges from the slight — two brief piano ballads that lack the immediacy of those on Time Fades Away — to the first-rate, in ‘Vacancy’, which has a certain satisfactory crunch about it.

Young once told me he was a hopeless judge of his own material, but I am not so sure. The five best songs here are those that have been released before. But then he also told me that the work he was doing fitting an electric motor to his 1959 Lincoln Continental would be of far greater lasting value than his songs.

A strange man then — but one who made three of the best albums I have ever heard. This ain’t one of ’em.