The cashless lobby is cashing in on the COVID-19 crisis

What does evidence matter when you have a multi-million payments industry to promote? 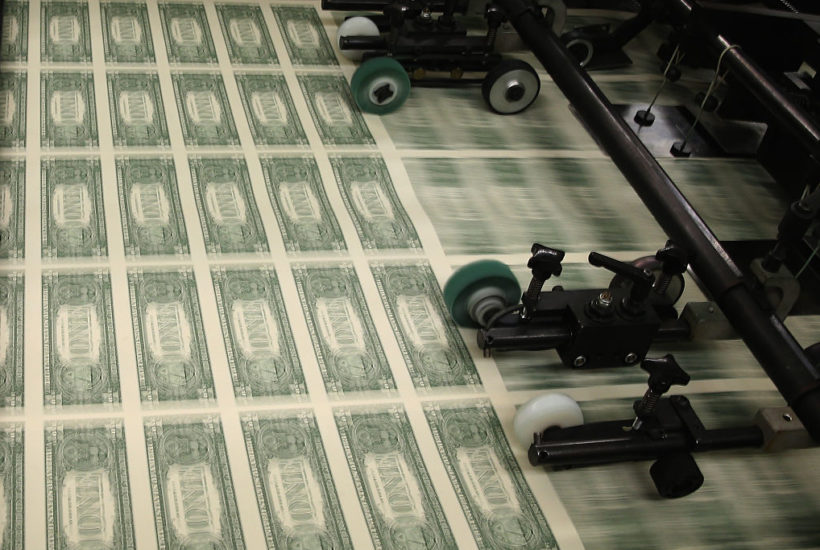 Coronavirus, we have been warned many times, has brought scammers out in force. But lobbyists are not far behind. Their activities may not be illegal, but they are pretty disgraceful nonetheless. Hardly had the coronavirus outbreak begun in January than my email inbox began to fill up with press releases claiming that the contagion was being spread by banknotes and coins — coming, er, from businesses with a vested interest in cashless payments. In Britain, the payments industry seized the moment to lobby the government — successfully — for the limit on payments via contactless cards to be raised from £30 to £45. The new limit duly came into effect on April 1.

In March, a comment from a World Health Organization official, advising that people wash their hands after handling cash was mysteriously elevated into claim that ‘dirty banknotes may be spreading the coronavirus’ — as one newspaper put it. The WHO was later moved to disown the comments. Virologists have been largely dismissive of the idea that we are catching coronavirus from cash, emphasizing that a far more likely route of transmission between people is via airborne water droplets. Lothar Wieler of Germany’s Robert Koch Institute has said that ‘virus transmission through banknotes has no particular significance’.

Given the number of surfaces you have to touch when you go shopping or visit a café — the door handles, the cups, plates, the goods you are buying — it is pretty ridiculous to single out cash for spreading germs. But then what does evidence matter when you have a multi-million payments industry to promote? The reason we are forever being bombarded by propaganda advocating a cashless society is that vast sum have been invested in the fintech industry — $19 billion in 2016 alone — in the expectation of a handsome return. According to the Boston Consulting Group by 2023 the industry is expecting to double the $1 trillion it takes in fees from handling electronic payments. Besides those fees there is a vast industry in collating data on our spending habits — very difficult to collect when we spend cash but very easy when we use cards and cell phones.

When western consumers proved reluctant to give up cash, the cashless lobby targeted the developing world instead, setting up a lobbying group called the Better Than Cash Alliance, funded by the payments industry and the UN Capital Development Fund. In one of its initiatives, workers at 21 clothes factories in Bangladesh were paid their wages exclusively through cell phone apps. Many were illiterate, and ended up being ripped off by agents who charged high commission to convert their mobile money into cash.

So, if we can be persuaded to think that cash is spreading coronavirus, someone’s going to be coining it in. Never mind the poor, the 10 percent of the population who don’t have a bank account, the elderly who find it difficult to use smartphones and so on — let’s frighten the world that cash has caused a global pandemic and bumped off 120,000 people.

The War Against Cash: The Plot to Empty Your Wallet and Own Your Financial Future — And Why You Must Fight It by Ross Clark is published by Harriman House.