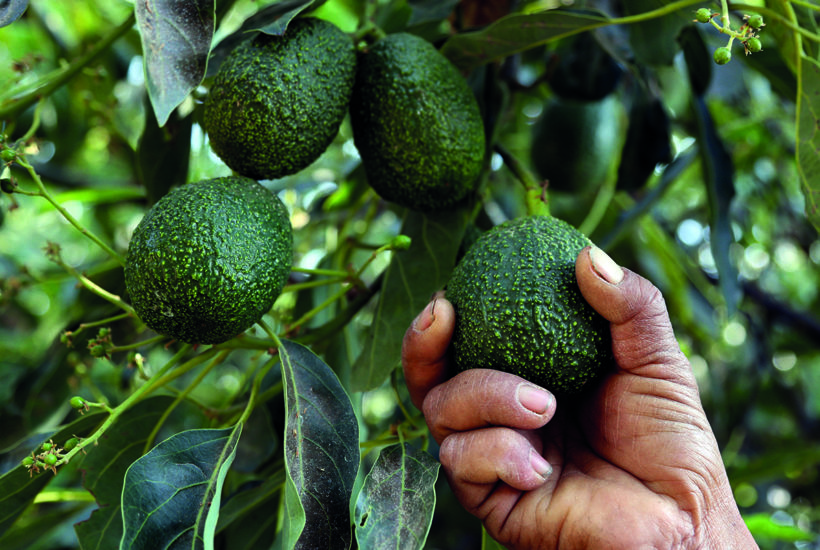 Your morning coffee is now an ethical minefield. Sure, you’ve remembered your reusable cup and are smugly avoiding adding to the 2.5 billion disposable cups dumped each year. But, ma’am, which milk would you like in your latte?

Asked this question in my local coffee shop, I panic. Obviously not dairy, thanks to the methane-burping cows that produce it. Coconut is imported and food-mile heavy. Aren’t almonds causing drought in California? And isn’t the Amazon being razed to make way for soya plantations?

Oat milk then, except I don’t like the taste. And isn’t coffee a pretty unethical product all told anyway? I recently stood at the counter for a full 20 seconds, lost in a moral milk maze.

Welcome to the new food anxiety: avocado angst, if you will, or even beef grief, if you like — the moral dilemma of how to eat in the face of climate change. Dietary confusion is hardly new: we’ve always been battered with confusing messages about food in the media. Butter will make you fat! No, it keeps you full so you’ll lose weight! Before it gives you heart disease! Two steaks a week cause cancer! But, my dear, think of your plummeting iron levels without!

Until recently, though, such guilt-tripping was on an individual level, affecting only your personal waistline/lifespan/hair glossiness. Now the messaging is: your choice to eat sausages or drink an almond-milk latte is directly responsible for imminent planet-death.

Of course, pretty much every action we take as humans is environmentally damaging in some way — from turning on the lights to getting to work, wearing clothes or taking a shower. And our individual ability to change the Earth’s fate is ludicrously limited. But food is where we feel we can have an impact. As Jonathan Safran Foer says in his book We Are the Weather, which advocates cutting out all animal products (i.e., going vegan) at breakfast and lunch to reduce our carbon footprint: ‘Changing the way we eat is simple compared with converting the world’s power grid, or overcoming the influence of powerful lobbyists to pass carbon-tax legislation, or ratifying a significant international treaty on greenhouse gas emissions — but it isn’t simple.’

Well, indeed. The precise damage any carbon-emitting sector does to the environment is debatable, but there’s a general consensus that food production is one of the greatest causes of carbon emissions: 26 percent of CO2 emissions, according to the latest 2018 Oxford study. And there is overwhelming evidence to suggest that cutting down on meat and dairy is crucial to lowering our carbon emissions.

But it’s not just four legs bad, so eat shoots and leaves. Every day we read that animal alternatives are environmentally hazardous, from soya (a monocrop, continually replanted in the same fields without a break, ultimately causing soil depletion, denutrition and heightened chances of crop failure) to almonds (a single liter of almond milk requires 371 liters of water) to avocados (inciting gang warfare in South America). Much of the grain which makes up meat-free diets is industrially grown, drenched in fertilizer and pesticide; ultra-processed fake meat products take huge amounts of energy to produce. Are those options better than high quality, ethically produced meat from organic, free-range farms that incorporate regenerative agriculture, look after the soil and promote biodiversity?

My avocado angst sits under the broader umbrella of ‘eco-anxiety’ — not a clinically recognized disorder, but a term that has been doing the rounds, and first defined by the American Psychological Association in 2017 as ‘a chronic fear of environmental doom’. Such is our collective eco-anxiety that there now exists a Climate Psychology Alliance, a 200-strong band of eco-conscious psychologists in six countries working to help clients navigate their fears of climate change, with ‘hundreds’ of clients, indeed, a number ‘increasing on a weekly basis as public awareness grows’, according to psychologist and founding member Caroline Hickman. ‘We can’t stop the fires in Australia, but we can decide whether we’re allowed to eat bananas or not’, she says.

Well, we are. Just fewer of them, perhaps. Ultimately, my existential crisis in the Whole Foods fruit aisle as I contemplate organic, plastic-wrapped apples versus packaging-free, probably pesticide-slicked ones, suggests I’m privileged enough to consume less overall. Besides, real change will happen with far-reaching intergovernmental policy, not in your weekly shopping trolley. Preaching diet advice beyond the terribly unsexy ‘everything in moderation’ cliché at an individual level is useless, serving only to entrench us — anemic vegan snowflake vs unrepentantly carnivorous oldster — or tip us into total nihilism. My dairy latte today won’t ultimately going to push the planet over the edge. But I’ll pay hair-shirted penance by drinking my body weight in oat milk for the rest of the week.