Bagpipes, hoses and senatorial sexcapades: another afternoon with Wohl and Burkman 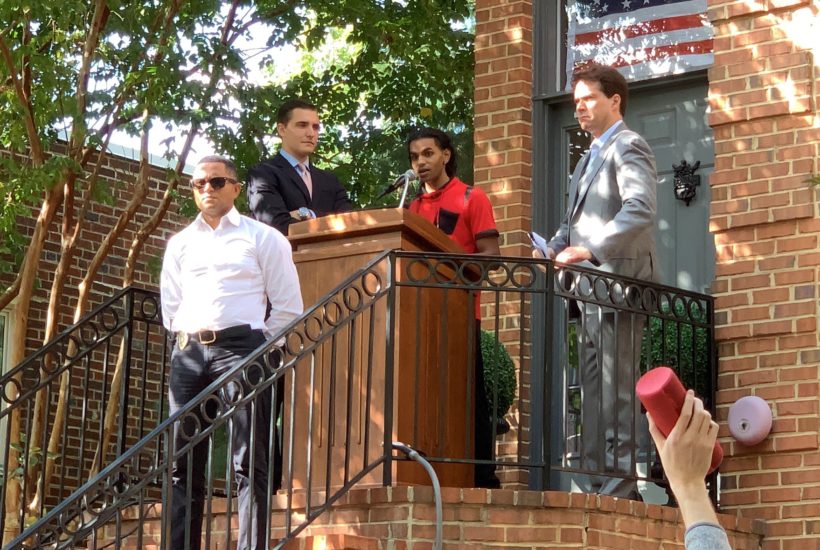 ‘My name is Shawn Newaldass. I am an accomplished personal trainer. I am 26 years of age.’

With these opening words, the world was introduced to another young man who has supposedly engaged in an unorthodox sexual relationship with a prominent Democratic presidential candidate. The accuser, Mr Newaldass, was flanked by truth-seekers Jacob Wohl and Jack Burkman from the steps of Burkman’s Arlington residence on Wednesday and detailed his sexual escapades with senator and presidential candidate Kamala Harris.

Addressing the assembled crowd, Mr Newaldass leveled his accusation: ‘Since June 9, I have had a total of 11 sexual encounters with the senator.’ For the benefit of general knowledge, Mr Newaldass noted that ‘from the outset, it became clear to [him] that the senator’s sexual needs and desires were beyond exotic.’

To sanctify the integrity of the press conference, Wohl and Burkman erected a large American flag at the end of the driveway and provided a rendition of the ‘Star Spangled Banner’ and the Pledge of Allegiance before Mr Newaldass’s comments. Along with the patriotic display, Wohl introduced a man named Reverend ‘Darryl Thomas’ to provide a prayer for Kamala Harris. Once behind the podium, the Reverend introduced himself as ‘Darryl Thompson’. Cockburn suspects this Craigslist hire was last-minute. 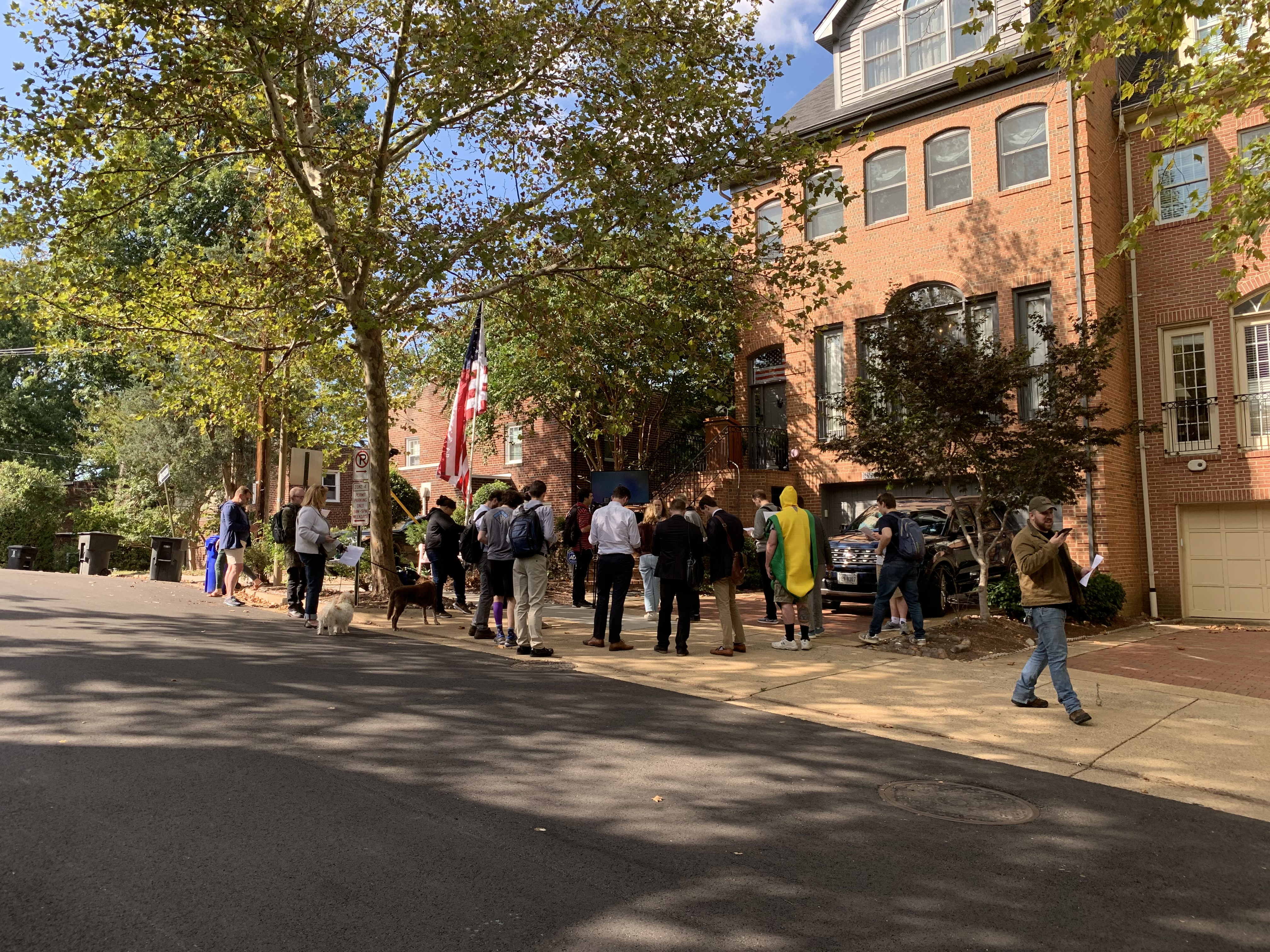 During Mr Newaldass’s speech, a suited man approached the podium and handed Wohl a stack of papers. After Wohl informed the crowd that he had been ‘served’ with a cease-and-desist letter from the Harris camp, Burkman assured the press that they ‘will not be intimidated’ and ‘have no intention of ceasing and desisting.’

As Mr Newaldass continued his speech, an older gentleman — evidently not on Wohl’s payroll — approached the press conference while playing ‘Scotland the Brave’ on bagpipes. With the bagpiper’s arrival, Mr Newaldass struggled to elevate his voice above the dignified tones of the woodwind instrument. Drowned out, he muttered that he ‘will never forget the grunting and various noises [Sen. Kamala Harris] made during [their] first encounter,’ adding that ‘she sounded like an angry bull.’

The piper at the gates of Jack Burkman’s house

In the ensuing Q&A, Wohl became frustrated with the gallant bagpiper and threatened to ‘spray him’, presumably referencing a nearby water hose. Excited by the prospect, the crowd chanted ‘Spray! Spray! Spray! Spray!’

To close out the press conference, Burkman issued a warning to candidates ‘in both parties’: ‘you cannot run successfully unless you come here.’ As the bagpipes echoed in the background and Wohl eyed a water hose to spray down the crowd, Cockburn couldn’t doubt Burkman’s claim.