The Decadent Society: How We Became the Victims of Our Own Success by Ross Douthat reviewed 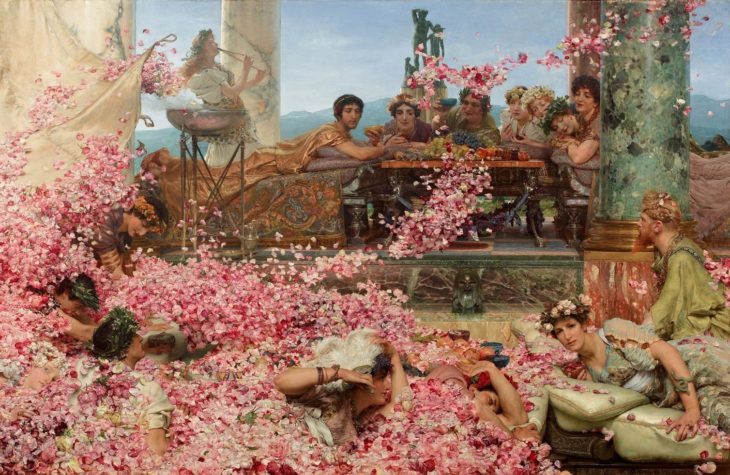 An age demands a name when it’s an age of upheaval. The name should describe the ills of society and even suggest their cure. Ross Douthat’s The Decadent Society aims to do exactly that — and succeeds in ways that he might not have intended.

According to Barzun, decadence arrives ‘when people accept futility and the absurd as normal’. Where the young British communist Aaron Bastani promotes ‘fully automated luxury communism’, Douthat sees current American society as crumbling due to fully automated luxury decadence. He is right, and his evidence is convincing. Innovation seems to have disappeared: we don’t aim to go ‘to the stars’ as Neil Armstrong did. The birthrate in western societies has significantly dropped; people are indifferent to the appeal of having a family, choosing instead sexless (virtual) lives. The repetitive nature of the internet discourages creativity and encourages political polarization, pornography and soft totalitarianism.

We have grown ‘comfortably numb’, Douthat believes, happily ingesting our soma as we watch the days of our lives pass on the anxiety-filled shores and islands of Huxley’s brave new world. The question is where these current absurdities will take us and how it will all end, if indeed it does?

If we live unimaginatively, we lose the ability to create. In Francis Fukuyama’s terms (which Douthat uses), the end of history will be ‘a very sad time’. But while Fukuyama was writing about history in terms of Hegel and Marx, Douthat never commits to a distinct intellectual perspective.

One of the most frustrating aspects of The Decadent Society is that Douthat’s arguments waffle. He excuses himself from being mistaken for a philosopher or a thinker. The book, he says, is the mere musings of a journalist — as if that makes him immune to criticism. Journalist or not, once he introduces a philosophical or theological idea, he must engage with it clearly and with intellectual commitment.

Douthat grants credence to some of our fears, but it’s not clear what he really believes. He chastises his conservative self for not paying more attention to climate change, yet he doesn’t fully subscribe to the idea. The same goes for his concern that Muslim immigration might change the metaphysical and cultural makeup of western nations: he wonders if perhaps the ‘barbarians’ we are ‘waiting for’ are the ‘barbarians within’.

He also wonders if, although decadence is obviously bad, there might be a room for ‘sustainable decadence’, a kind of managed decline offering ‘the ample benefits of prosperity with fewer of the risks that more disruptive eras offer to a species as capable of self-slaughter as our own’. But even ‘sustainable decadence’ needs critics, because, ‘if the dystopia never arrives, the longer a period of stagnation and repetition continues’, with a corresponding reduction in possibilities of ‘fecundity and piety, memory and invention, creativity and daring’. These are bad-faith arguments for a culture that Douthat dislikes but cannot bring himself to repudiate.

There is nothing wrong with being a centrist thinker who rejects the neat categories of conservative or liberal, but this is not the case with Douthat. It is difficult to surmise what exactly his position is. He speaks for a variety of groups, but won’t say whether he supports some or any of their views. One thing he is absolutely certain about is the wickedness of Donald Trump. He is ‘a phony and ineffective scourge of decadence’, an authoritarian, ‘weak…hemmed in, overwhelmed by the job’, an ‘erratic reality-television star’ and, of course, a bringer of awful nationalism. Douthat even mentions the 1990s Yugoslav war and the tired old argument about ‘ancient hatreds’ as a warning about Trump’s current tangent.

In his summary, Douthat moralistically cautions us that if we don’t change our ways, there will be hell to pay. He urges us to get ‘down on [our] knees’ and look toward God. But nowhere here has he written deeply about faith and our inherent desire to move toward the infinite. This is a lost opportunity to meditate on society’s ills. Instead, The Decadent Society is, like its subject, in a perpetual in-between state, neither here nor there, neither coming nor going — merely awaiting the next apocalypse.