Are women worse navigators than men?

From Here to There: The Art and Science of Finding and Losing Our Way by Michael Bond reviewed 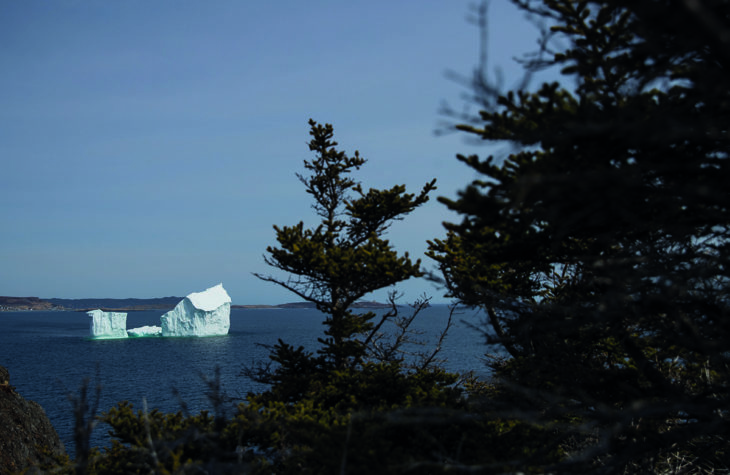 Current affairs: an iceberg from Baffin Island floats past Newfoundland

Are women worse navigators than men?

Some years ago, I participated in a late-night BBC Radio 3 show on exploration and travel. When I left the studio with my fellow contributors, both distinguished explorers, we got lost in the bowels of Broadcasting House. Round and round the dimly lit corridors we trudged, and only after talk of bivouacking did we finally reach an elevator and escape.

Michael Bond, formerly the senior editor at New Scientist, has produced From Here to There, an excellently researched popular science book which explains how people (including experienced travelers) get lost, and why some individuals have superior navigational skills than others. ‘Most importantly,’ he writes at the outset, ‘the book is about our relationship with places, and how our understanding of the world around us affects our psychology and behavior.’

Arranging his material thematically, Bond begins with what we know of prehistoric man’s astonishing ability to remember a route over vast distances and goes on to examine the skills of the few remaining groups of hunter-gatherers, for example the Aché of eastern Paraguay. He then examines the spatial abilities of children compared with those of adults. Which nationalities are best at finding their way around (Finns top the table) and why? A lot of pages are devoted to the workings of the brain, and in particular how that organ acquires and then uses knowledge of space. The hippocampus has a starring role here, as it is the part of the brain which produces detailed spatial observation. (London black cab drivers, whose certification test, ‘The Knowledge’, is famously comprehensive, have bigger hippocampi than average, though whether this is correlation or causation is not certain.)

A core theme throughout is how our brains make the cognitive maps that keep us orientated (or don’t). Do genetics, upbringing or whether you are left-handed play a role? About halfway through, Bond reaches the big one: is it true that women are worse navigators than men? (You’ll have to read the book to find out, as there are various theories and much that we don’t know. Bond is too astute to present supposition as fact.)

Throughout, he draws on the wisdom of a range of academics, from evolutionary biologists to anthropologists and psychologists, as well as ‘experts on lost-person behavior’. He also quotes widely and wisely from nonacademic sources, from Tolkien (‘not all those who wander are lost’) to contemporary psychogeographers. The pages on the role of toponyms, and why they were invented, are fascinating: fancy a trip to Puukammalatalik on Baffin Island, ‘The Place Where Someone Once Left a Pouch’? Perhaps inevitably, nonscientists will most enjoy the specific anecdotes concerning real people, drawn from locations from Pole to Pole. My favorite chapter in this regard considers the exploits of some of the most exceptional navigators in human history, on the ocean, in the air, on land, on ice and even in space. The narrative picks up speed here. I was hoping that Shackleton’s fabled rescue mission in the Southern Ocean in 1916 would appear, and it does: it’s one of the greatest stories ever told, after all, and one can’t hear it too often. The boss and five of his men traveled 920 miles in a patched-up lifeboat, in appalling seas, steering supposedly by dead reckoning, for which they needed the sun — except that cloud cover meant it was scarcely ever visible.

Elsewhere, experts dispense advice on what to do if you get lost, though it turns out that many well-trained people don’t take it when they are indeed adrift in the forest. It’s worth paying attention to the tips here, in case it happens to you. Bond says that it is not just in the movies that lost people burn precious energy walking around in circles.

The prose is clear, though occasionally a colloquial note jars (‘humans were wayfinders from the get-go’) and some generalizations are crudely obvious (‘road safety is a critical and genuine issue for the freedom of movement of children’). The book, not a long one, has 39 pages of source notes and one feels in the hands of a writer adroit at marshaling a wide range of sometimes wildly varied material. The arrival of GPS naturally receives attention, as well as the blizzard of navigational apps proliferating in the developed world. Do these devices diminish our innate abilities? Probably. The penultimate chapter turns to the urban environment and how we manage in it, reporting on which cities are easiest to get around (London does badly). The section on libraries, hospitals and museums is revealing. The final chapter analyzes the way in which, neurologically, dementia affects the human ability to navigate space. (In fact Alzheimer’s crops up a lot throughout the volume. The disease particularly affects the hippocampus.)

After reading this book, the reader might like to try out some of Bond’s theories. So go on: get lost.