Sontag: Her Life and Work by Benjamin Moser reviewed 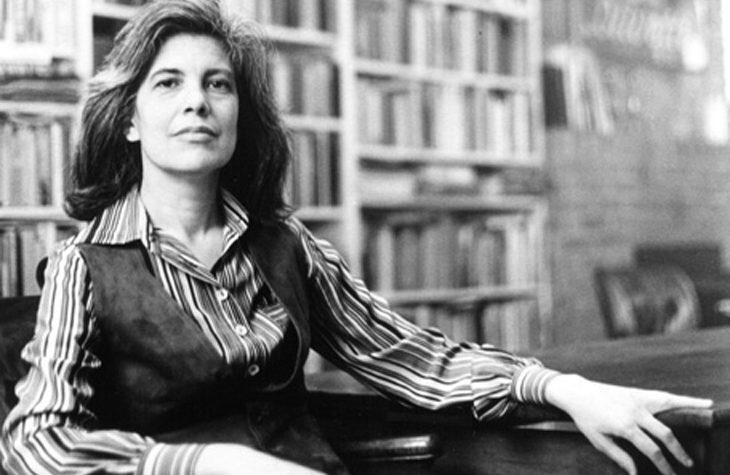 The Spectator’s inaugural US edition. Subscribe here to get yours.

Towards the end of this tale of imperial intellectual expansion, Susan Sontag’s publicist goes to visit his shrink and, dealing with some appalling professional trauma or other, mentions her name. The psychiatrist bursts out laughing. The publicist asks what’s so funny. The doctor answers, ‘You can’t imagine how many people have sat on that couch over the years and talked about Susan Sontag.’

Benjamin Moser’s very substantial life of the cultural critic and writer is capable of detached bemusement at its subject’s unstoppable advance. Sontag took herself extremely seriously: ‘On October 3, the Nobel Prize was awarded to J.M. Coetzee. The award depressed Susan.’ She persuaded her world to take her at her own estimation by means of threats, intimidation, brow-beating and harangues, all lovingly detailed here by Moser.

The weaker of will in her circle had unenviable lives. They might find that they had handed over $8 million; they might arrive at a date with her at a plush New York restaurant to be presented with the colossal bill for Ms Sontag’s caviar supper, the genius herself having impatiently departed; they might find that being employed as her assistant involved having to bathe her with disinfectants because of her total neglect of personal hygiene. Those a little further away believed, as Susan did, that she was the great genius of the age, and discovered, to the profit of New York psychiatrists, that she had taken up permanent residence among their incurable anxieties. ‘I even heard her describe herself on the phone –– comparing herself to Joan of Arc,’ one long-suffering intimate recorded.

We shouldn’t write off Sontag. She remains a substantial cultural critic, with some essays of considerable interest. The 1962 essay ‘Notes on “Camp”’ and 1964’s ‘Against Interpretation’, and the books on photography and on illness, are still worth reading. As a public figure, she did a good deal to direct the American public’s attention to a range of topics outside its usual field. These included the Yugoslavian civil war, where in 1993 Sontag staged a performance of the first act of Waiting for Godot in the middle of the siege of Sarajevo: ‘I felt that the despair of Act I was enough for the Sarajevo audience, and I wanted to spare them a second time when Godot does not arrive.’

As the embodiment of American radical chic for decades, Sontag did much to make her society talk about larger political issues, whether by comments on Vietnam, or a public renunciation of socialism in 1982, or a once-controversial response to the 9/11 attacks in the New Yorker. All this is, largely, to her credit. What still hangs around like a bad smell are the shell-shocked accounts of what engaging with Sontag in person could be like. That makes this wry, clever, rather sly biography a richly engaging volume.

She was born Sue Rosenblatt, the daughter of a beautiful alcoholic called Mildred and a very successful fur importer. Jack Rosenblatt had finished his education at the age of 10 and was rich by the time he was 25. Sue later described his family as ‘horribly vulgar’. The Rosenblatts had the global outlook of bold mercantilists, with links to China of which Sontag later made a great deal. The father died very young; Sontag was her stepfather’s surname.

Like many children of alcoholics, she was ‘exceptionally well behaved’. There’s a case to be made that for the rest of her life, she tried to appeal to a small, particular audience, worrying about what advanced opinion would make of her in just the way, as a child, she had tailored everything to her mother’s wayward approval. Early observers speak, too, of her being ‘always “on”… trying a little too hard’. She was, of course, brilliantly academic: ‘The kids in my class are so dumb I can’t talk to them.’ But she also had a theatrical streak, sometimes rather ill-advised. When the Rosenblatts moved to Tucson, Sue ‘darted off the train and hugged the first saguaro she saw’. She had never read about the spines that distinguish cactuses.

Even in areas of cultural insecurity, Sue had a tendency to be aggressively assertive. ‘She disdained opera…it was more important to be moved by Bach or Beethoven or Stravinsky.’ (We may remember the curious assertion in ‘Notes on “Camp”’ that Richard Strauss and Puccini are beneath serious consideration.) Writing about real encounters, she showed a tendency to change things to her advantage. In Los Angeles, aged 16, she rang Thomas Mann’s doorbell and talked to him about his recent Doctor Faustus. Retelling the episode, she changed her age to 14, and represented Mann as still working on the book he was discussing.

What lies somewhere near the bottom of these baffling levels of insecurity is the plain fact that Sontag was a lesbian, though she refused to acknowledge it all through her life. It was understandable in Forties’ California; less so in Nineties’ New York, when the famous writer was in a years-long ménage with the photographer Annie Leibovitz. In any case, a combination of cultural and sexual insecurity led the 17-year-old Sontag to marry her sociology professor, a dry old stick called Philip Rieff, within weeks of arriving at the University of Chicago. With sublime inappropriateness, the ‘nuptials were celebrated with a visit to the Big Boy in Glendale, a hamburger joint’. More appropriately, Rieff took her off to Paris for the first time: ‘La Sorbonne, s’il vous plaît!’ she told a cab driver. Even more appropriately, after Philip had got his prodigy to write a book on Freud from his notes, she ran off with the project of turning herself into a public intellectual.

Some of those intellectuals were skeptical about Susan’s well-drilled habit of turning concrete observation into ill-founded abstraction. Herbert Marcuse, after an extended encounter, had a point: ‘She can make a theory out of a potato skin.’ This lack of a knack for observation could, in different circumstances, make Sontag look a little foolish, whether summarizing the Swedes’ character as ungenerous after they’d given her $180,000, or escaping to Paris to live the Left Bank intellectual life without actually taking the trouble to speak French.

At a certain point in this biography, a touchingly naive person has clearly begun turning into a monster. The effort of hiding tempestuous lesbian passions — ‘I love you Irene. How well you fill my need for pain!’ — starts to damage and humiliate people. Sontag’s efforts to elevate her son David into ‘the second-greatest mind of his generation’ have predictable results. Much later, she obtains David a job at her publisher, Farrar, Straus and Giroux, and, startlingly, has him ‘installed’ as her editor. You can imagine that the publisher acquiesced in order to be shielded from the assaults of its star author: ‘she got him on the phone immediately, and started screaming’.

Perhaps most damaging was Sontag’s colossal amphetamine habit, which had started by fueling an all-nighter before a deadline. One of the few pieces of writing Bob Silvers ever turned down for the New York Review of Books was a deranged and exaggerated account of Sartre’s supposed dependency on amphetamines.

Written at speed, on speed, it has nothing to say about Sartre, but both describes and embodies the writing practices of Sontag herself: ‘Feelings of omnipotence, the attraction to schemes of total understanding, to the idea of totality itself — these were magnified by speed… With speed came anxiety as well as euphoria.’

This is a memorable and evocative biography. It maintains the proper distance from its subject, and if it makes the occasional excessive claim for its subject’s writings, especially the fairly negligible fiction, that is forgivable. Moser maintains sympathy, not just for his out-of-control subject, but for her quailing court (‘In America will last forever. It will be immortal. It will always, always exist because of this.’) He sees what Sontag did, with a proper distinction made between her behavior and the excessive claims made by her and at her instigation. If I could have wished one thing from her biographer, it would have been more time spent among the European intellectuals that she sought out and among whom, in a Paris cemetery, she was eventually buried. Did they think her as chic as she thought them? Did they honor the longed-for comparison with Roland Barthes? Hard to tell from this account.

It’s going too far to call Moser’s Sontag comic in tone, but what it does possess is what its subject notably lacked: a sense that one of the tools of analysis, thought, and intellectual engagement is the possibility of laughter; that laughter may be a better tool than the customary hyperbole. When that intensely sane painter Howard Hodgkin shared an Egyptian trip with Sontag and Leibovitz, he observed Sue ‘insistently nudging’ Annie to look at the Pyramids.

‘That was slightly embarrassing,’ Hodgkin said afterwards. The same might truly be said of the whole Sontag phenomenon.