Grandpa, who were the Rolling Stones, and why?

Raising the goblet of rock 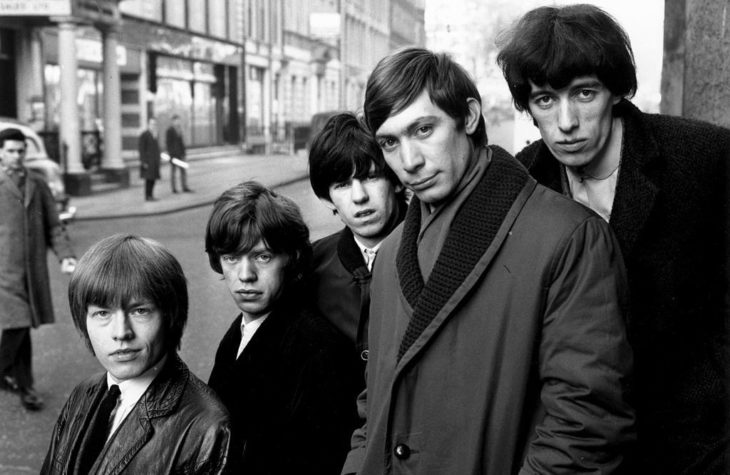 Grandpa, who were the Rolling Stones, and why?

The Rolling Stones’ delayed tour is back on the road. Not the tour they delayed after Keith Richards fell out of a coconut tree, but the one delayed because Mick Jagger had a heart attack. If you’re a boomer of advanced years and decayed taste, all this is no doubt a big deal, your last chance to see some of the last icons of the original and brief Rock Era, before you or they kick the bucket. Ladies and gentlemen, the greatest rock ’n’ roll band in the world, the Rolling Stones.

Except they aren’t the Stones. They haven’t been the Stones for years. They’re not even the Counterfeit Stones, an English tribute act who impersonate the Stones of the Sixties and Seventies, and more convincingly than Jagger’s geriatric circus troupe. Ladies and gentlemen, the greatest deception in the world of rock’n’roll: the Stepford Stones, an empty skin of a once great band.

Now, Charlie Watts remains one of the greatest living drummers. But even Stones diehards will admit under duress (or sodium pentathol) that the Stones haven’t made a decent record since the early Seventies. Sure, you hear arguments for the new-wavey Some Girls. Or the sour gumbo of Goats Head Soup, though Dr John surely must have fallen off the toilet laughing when he heard ‘Dancing with Mr D’. Or even Black and Blue, though Peter Tosh must have fallen off his lavatorial perch when he heard the Stones do reggae.

You will even hear guys — and they’re always men, because no woman has liked the Stones since 1971 — trying to defend the outtakes collection Tattoo You, or the horrible exercise in MTV-blues turd-polish- ing that was 2016’s Blue & Lonesome. All of the aforementioned is the idle chat of musical idiots.

Lord knows I have tried with Exile on Main Street and Sticky Fingers. But Lord, no. The truth is that the Stones haven’t made a great album since 1969, when Brian Jones was living in a country cottage whose previous owner, A.A. Milne, dubbed The House at Pooh Corner. And that was half a century ago.

Brian Jones was the Rolling Stones. Not because he was especially talented. Plenty of people can pick up half a dozen instruments and pick out a blues; just ask your Uncle Len next Christmas. Brian wasn’t even particularly good looking, either. By today’s exactingly snake-hipped and surgically-enhanced standards, he was puffy and porky. And by most accounts he was a charmless, nasty piece of work, who liked beating up ‘his’ women. But then, Brian Jones was a devil, a satirical Mephisto out of a Mikhail Bulgakov novel.

Between 1963 and 1969, the Stones made the greatest pop singles of all time. Jagger and Richards wrote classic after classic but Brian, who had formed and named the band, was the presiding spirit. Sure, Brian could blow a useful blues harp, or hit the right key on a Mellotron, or twang a one-string sitar lick. But all that was gravy. Brian was the Stones’ talisman. This manifested in Brian drinking a goblet of red wine on the cover of Aftermath; who drank goblets of red wine in the Sixties, other than members of medieval reenactment societies? This even manifested posthumously, with Brian posing with a goblet and diabolical pitchfork on the cover of 1973’s No Stone Unturned.

Sometime around midnight on July 2, 1969, the talisman drowned in Winnie-the-Pooh’s swimming pool. He was probably killed by one of the builders he’d taunted while they were working on the house. Mick and Keith had kicked him out of the band. Brian had hardly played on the Stones’ two masterpieces, Beggars Banquet and Let It Bleed, but he’s all over them in spirit. He slouches in the gatefold cover of Beggars Banquet like a broken psychedelic dictator. Their talisman gone, the Stones stopped inventing pop and retreated into outlaw clichés. ‘Gimme, gimme, gimme the honky tonk blues’, went the hook of their first bad single, ‘Honky Tonk Women’.

To glimpse the pre-Stepford Stones, watch Peter Whitehead’s 1965 documentary Charlie Is My Darling. The Stones are at peak teen-pop hysteria, touring rural Ireland by train. At one point, Keith, Mick, and manager Andrew Loog Oldham break into a chorus of the music-hall chestnut ‘Maybe it’s Because I’m a Londoner’; they’re still provincial boys in a strange country. Jump forward to December 1969, and the Maysles brothers’ Gimme Shelter documentary. The real Stones, now minus Brian, are trapped amid the bad-trip mayhem of the Altamont Free Concert. It’s the Stepford Stones that clamber into that helicopter to escape the carnage.

In the Seventies, Keith reinvented the Stones in the image of a lesser act, the Faces, and himself as ‘Keef’ the comedy narco-pirate. To the cheers of middle-aged men with mortgages, Keef stumbled about dressed as Jack Sparrow’s dad. He boasted of beating Mick Jagger at tennis and fighting drug dealers with a knife, but he forgot how to play guitar or write tunes.

This could be the last time. They may go on forever, through cryogenics and holograms. In the future, attendance at a Rolling Stones world tour will probably be mandatory. Keith will still be packing his ‘trusty blade’. Ron Wood will be still be desiccated like the proverbial dead parrot. Charlie will still be bored. And Brian Jones will still be pricking heartless Mick Jagger with his devil’s fork, laughing ‘dance, old man, dance’.

This article is in The Spectator’s October 2019 US edition. Subscribe here.