James Corden and the problem with post-Trump comedy

How will late-night comics sustain the OMG count that kept their monologues fueled? 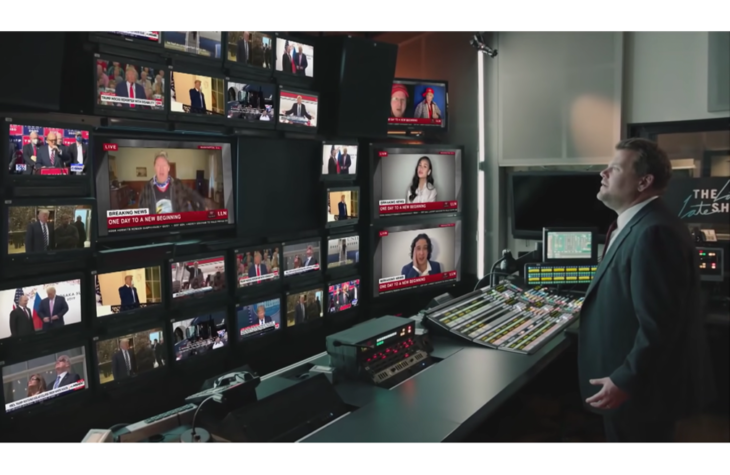 James Corden and the cast of Les Miserables (CBS) 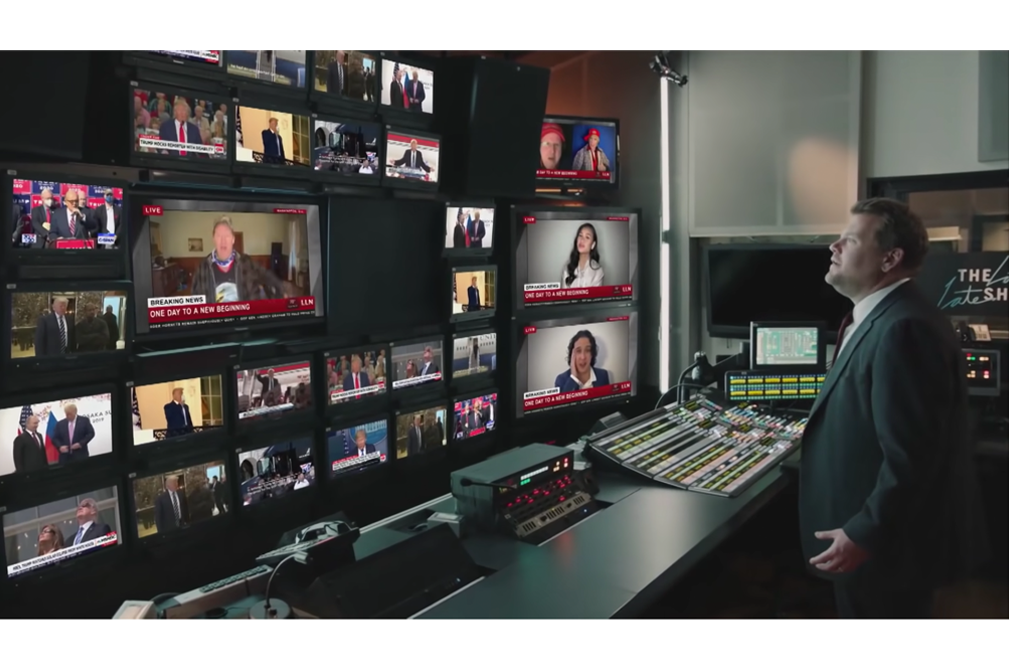 James Corden and the problem with post-Trump comedy

With admirable and determined positivity, James Corden and the Late, Late Show released a Les Mis-themed video this week, bidding a fond adieu to the Trump era. It was a coup — if you’ll forgive the word — de théatre. Corden and his team are well-versed in the well-oiled machinery of the viral video. And this one was no exception.

The Les Misérables number ‘One Day More’ was transposed from its original setting on the eve of the 1832 Paris Uprising to the eve of the departure of Trump, plucked as he was by helicopter like a thorn from the lion’s paw of American democracy after four short, limping years. It was neatly done.

‘No more days of angry tweets (Cuz this time he’s banned for good) […] Biden better change the sheets (Maybe throw away the bed?)’ exulted cast members of the currently mothballed Broadway production. ‘We won’t wear a mask/That’s our given right/At your Trader Joe’s/We’ll start a viral fight’ chimed in a pair of red-hatted MAGA ‘crazies’.

The effect of exuberant and unalloyed celebration, of finality, was palpable.

As a comedian with zero musical talent or any other secondary skills to resort to, I will just bitterly observe that the actual video is powerful and affecting for the same reasons that parody songs culled from stage shows always are — because you’ve taken a much-loved chunk of the most emotionally manipulative art form there is, musical theater, and made up a few new words. The magic is baked into the music. The genius of Claude-Michel Schönberg could be adapted to sell carpet cleaner and you would still feel emotionally compelled to comply.

This version might have been about Trump, but the song is really about what it’s always been about — rekindling your hope and belief that tomorrow can be different.

But while Biden may have an enormous task ahead, who could begrudge half the country for thinking, with relief, that things might now gradually normalize? That the world might stop openly laughing at them? That Vladimir Putin might now have to indulge in one last fond chuckle, dab at the corners of his mouth with his monogrammed napkin, put away his secret stash of kompromat and engage once more in his nation’s traditional scorpion dance with the USA?

But the fact is, despite all the heady jubilation, I suspect comedians like Corden will miss Trump when he’s gone. What will they laugh about without him in office? How will they sustain the OMG count that kept their monologues fueled? They might have to start turning their comedic lens onto members of their own political camp — which is no mean feat after an era where the comedy pretty much wrote itself.

Indeed, the liberal media has been one of the biggest winners from the Trump administration. The New York Times, which had been failing by many important criteria since the start of the century, saw a significant uptick during the Trump era — doubling its digital revenue in four years to over $800 million, at the end of 2019. Other such titles benefited too — as did Facebook and Twitter of course. The rush from legacy media to blame social and vice versa will continue, no doubt, but all have done quite nicely from Trumpageddon.

Talk shows especially benefited from the Trump Bounce (if that becomes a branded hair care product, for men looking for that Alpha Chad Quiff later in life, remember where you saw it first). Such shows have always thrived on a big brash buffoon of a target, a fall guy on the biggest stage possible, an administration run as if it was the spit-balling for a new Judd Apatow screenplay. Studio audiences are there to generate ‘clapter’ and applause, rather than the silently crinkled eyes of actual amusement and so the comedy has to be as brash as the target itself. That is what Corden is apparently delighted to see fly off — orange on orange — into the sunset.

But he may come to regret what he wished for. Perhaps pre-Tricky Dicky was right when he made the sour observation in 1962 that the press would miss him when he was gone, because ‘you won’t have Nixon to kick around anymore’. 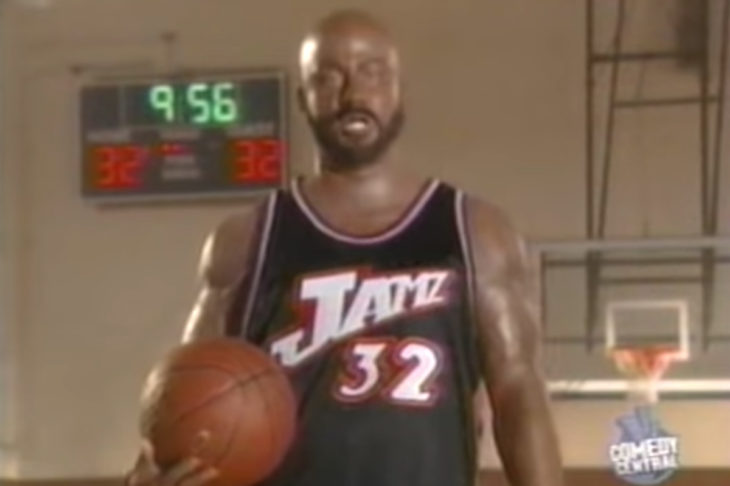 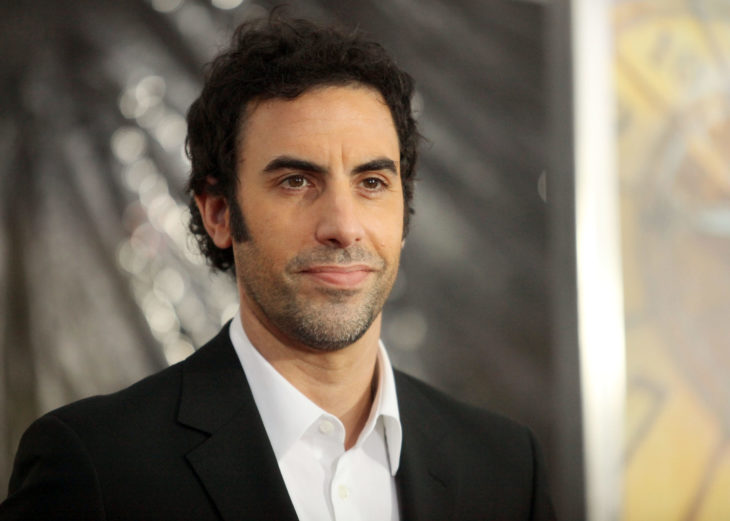 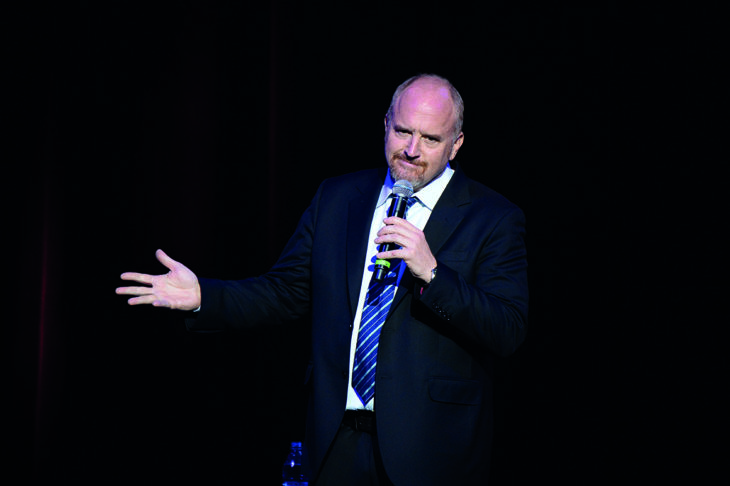 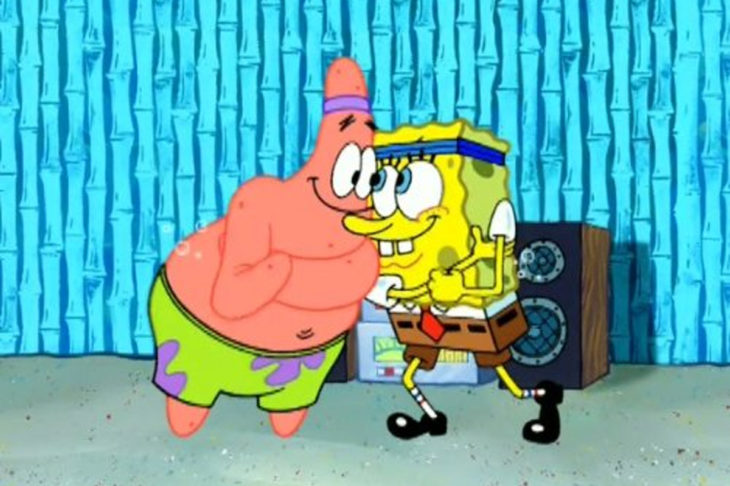 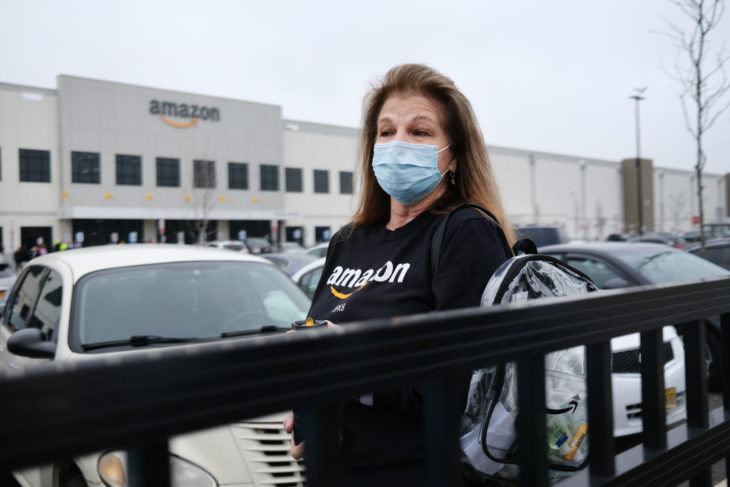