Make it a new year’s resolution to be less active

Not Working: Why We Have to Stop by Josh Cohen reviewed 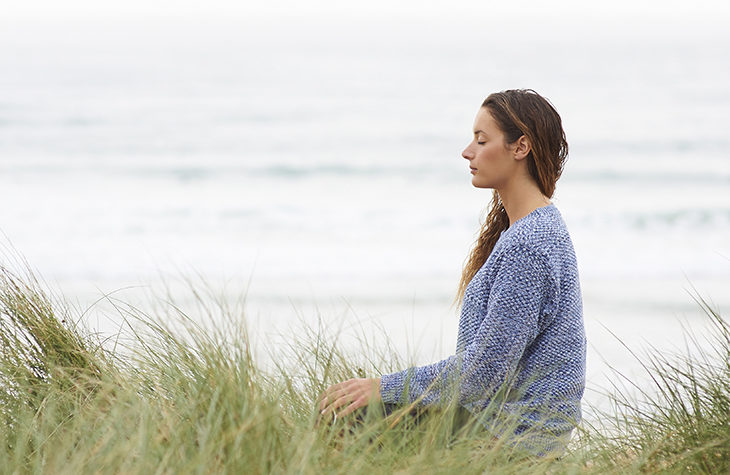 Peacefully sitting in the dunes.

Make it a new year’s resolution to be less active

As a boy Josh Cohen was passive, dopey and given to daydreaming. Now a practicing psychoanalyst and a professor of literature with several books to his name, he retains ‘a long and deep intimacy with lassitude and aimlessness’. Cohen believes the special affection reserved for pop culture’s fictional slackers, slobs and reverists — think Jeff Lebowski, Homer Simpson, Snoopy — suggests that humans are fundamentally inclined towards idleness: people are ‘as much given to saying no as to saying yes, as much to rest as to motion, as much to being as to doing’. Not Working: Why We Have to Stop explores the relationship between inertia and the life of the mind by revisiting the lives and works of several giants from cultural history. It is a curious blend of personal memoir, arts criticism, literary biography and psychoanalytic sleuthing.

Jorge Luis Borges once described Orson Welles’s Citizen Kane as ‘a labyrinth with no center’, and Cohen suggests this may well have been true of Welles himself: that his preternatural bombast and legendarily prodigious work rate were sustained at the expense of a healthy interior life. He is more understanding about Emily Dickinson’s extreme reclusiveness, which he characterizes as ‘a bid for radical personal and literary independence and imaginative freedom’. Her unconsummated flirtation with Otis Phillips Lord showed that self-imposed isolation could be a ‘means to the deepest expression of love, doubt and defiance’. In their differing ways, Welles and Dickinson exemplified a vision of what Cohen terms ‘pure selfhood’, sustained by an indifference to social convention.

Andy Warhol took apathy very seriously indeed. ‘Indifference,’ writes Cohen, ‘insinuated itself into his gaze, his voice, his comportment: in the texture of his everyday being.’ His blithe, aestheticized rendering of mass media’s mind-numbing effects — encapsulated in his customary refrain: ‘Who cares?’ — anticipated the desensitizing overload of today’s 24-hour rolling news.

Warhol’s interest in the nexus of mass entertainment, consumerism and individual subjectivity was echoed in the work of David Foster Wallace, whose prose style Cohen aptly describes as a ‘nightmare of aggravated self-consciousness’. Welles, Warhol and Wallace achieved grace through their respective oeuvres, but their personal lives were in certain respects less than wholesome, which raises a difficult question about whether it is feasible to live a life well and, as it were, solipsistically.

Cohen quips that his metier is well suited to his daydreaming nature because, in psychoanalytic sessions, aimlessness is an end in itself. Not Working proceeds in a similarly languid, round-the-houses fashion, the destination being less important than the journey. Lack of through-line notwithstanding, there is much food for thought in this erudite homage to catatonia. Cohen is right to observe that our world of ‘frenetic scheduling, hyperactivity and permanent distraction’ has ‘made an outlaw of silence and indifference’, and that in the social media age, even mere reticence can be subversive. Digital technologies, together with our entrenched long-hours working culture, have encroached on hitherto sacred psychic spaces.

So what’s the remedy? How, realistically, does one opt out? The spiritual needs of the ordinary citizen are not all that different from those of the creative genius; but contemporary culture, with its penchant for pathologizing eccentricity, has all manner of unkind names for practitioners of ‘pure selfhood’. The wallowing egotism and studied aloofness traditionally associated with the ‘artistic temperament’ are increasingly seen as a kind of toxic narcissism rather than as manifestations of an innate human nature. This is a regrettable turn: in a techno-dystopian future of digital superabundance, artificial intelligence and round-the-clock striving, your inner weirdo might just be the one thing keeping you sane.