Our love affair with the Anglo-Saxons 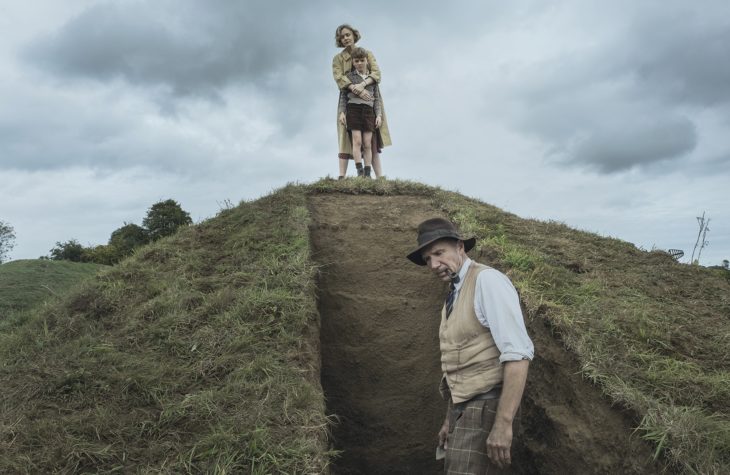 The Dig tells the story of one of the greatest archaeological finds in British history, the Sutton Hoo ship burial, which changed how historians saw the Dark Ages (Larry Horricks/Netflix) 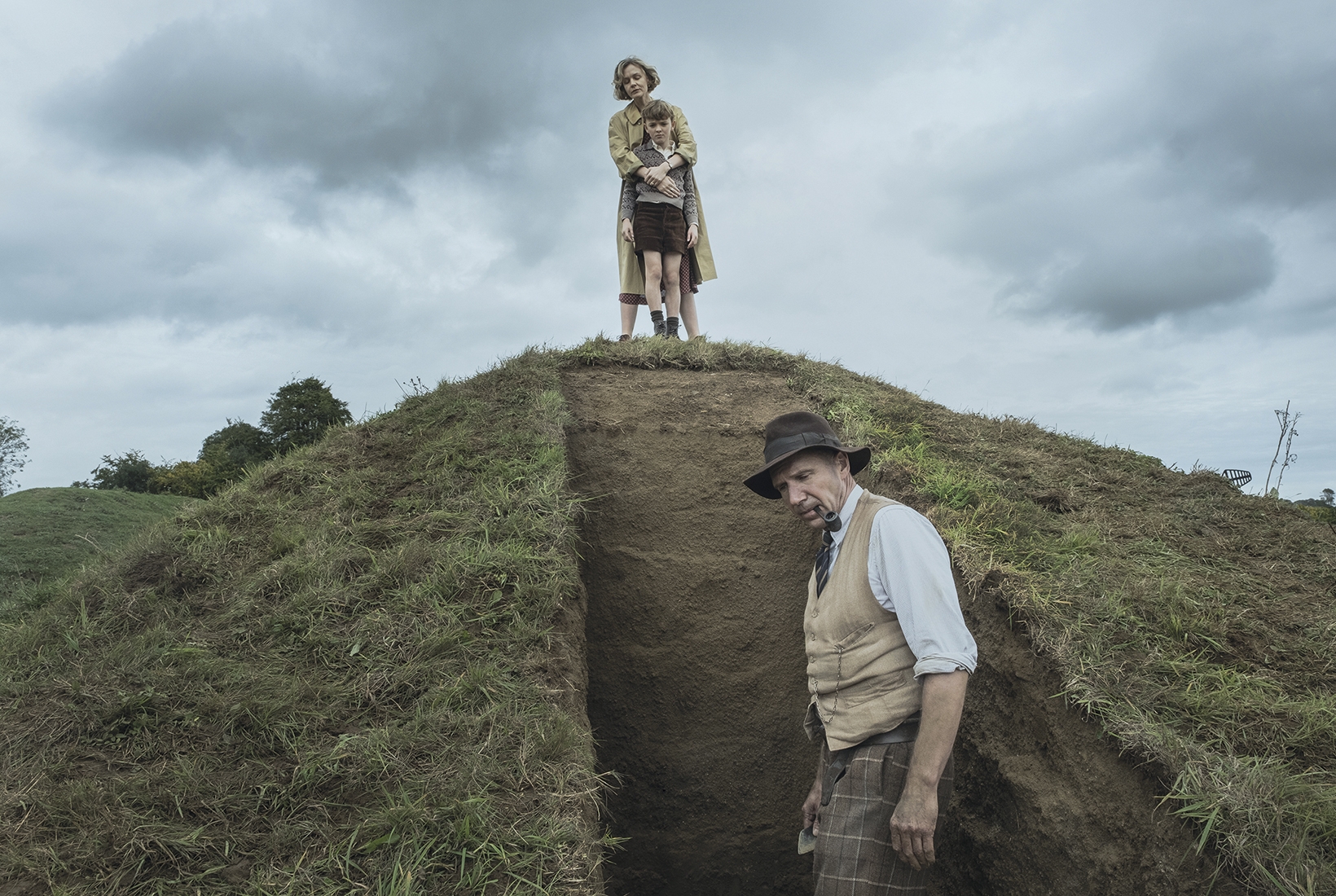 Our love affair with the Anglo-Saxons

On 5 July 2009, an unemployed 54-year-old metal detectorist called Terry Herbert was walking through a Staffordshire field when his detector started to beep and didn’t stop. Herbert guessed almost immediately that he’d found gold. What he didn’t realize was that he had made Britain’s greatest archaeological discovery since World War Two. Three hundred sword-hilt fittings, many of them spectacular examples of Anglo-Saxon metalwork; a mysterious gold-and-garnet headdress, apparently for a priest; miniature sculptures of horses, fish, snakes, eagles and boars. The Staffordshire Hoard, as it became known, led to a sold-out exhibition, an Early Day Motion in parliament saluting ‘the UK’s largest haul of gold Anglo-Saxon treasure’, and, for Herbert himself, a share of the £3.28 million ($5.3 million) reward. It also helped to prompt a minor cultural revival.

You couldn’t quite call it a craze, but in the 12 years since Herbert’s discovery the Anglo-Saxons have escaped from their ‘Dark Ages’ pigeonhole. Sales of metal detectors soared as a new wave of hobbyists went looking for precious artifacts. Anglo-Saxon historians such as Janina Ramirez became increasingly familiar names on bookshelves and TV schedules; Bernard Cornwell’s Saxon Stories, set in the 9th century, were adapted for the screen as The Last Kingdom. And last month, Netflix’s The Dig told the story of an earlier archaeological find, the Sutton Hoo ship burial. ‘These people were not savage warriors,’ one character enthuses after the discovery. ‘These were sophisticated people, with incredible artistry.’ And for the viewer who likes to have things spelt out: ‘The Dark Ages are no longer dark!’

That message was also implicit in the British Library’s remarkable 2019 exhibition Anglo-Saxon Kingdoms, which gathered some of the period’s most significant manuscripts and artworks. It felt like a celebration: here was the massive Codex Amiatinus, the oldest surviving Bible in Latin, and a symbol of the Anglo-Saxons’ importance within European civilization. Here was the Venerable Bede’s De Temporum Ratione, originally written in the 720s, explaining scientific questions such as the shape of the Earth (‘not merely circular like a shield [or] spread out like a wheel, but resembles more a ball, being equally round in all directions’). Here was the first letter in English, and the first portrait of an English king.

There is a ‘strong public appetite for the stories from these centuries’, says Claire Breay, head of Ancient, Medieval and Early Modern Manuscripts at the British Library and lead curator of the 2019 exhibition. The ‘enormous public excitement’ about the Staffordshire Hoard showed that. ‘I think the Anglo-Saxon period has always fascinated people,’ she says, ‘because it was such a foundational part of our history. It saw the English language being used and written down for the first time and, in the 10th century, the creation of the kingdom of England itself.’

The main character in The Dig, the archaeologist Basil Brown, is played by Ralph Fiennes as a diffident, quietly noble sort of man, not given to grandiose statements. But his wife reminds him that archaeology ‘isn’t about the past or even the present, it’s for the future. So that the next generations can know where they came from, the line that joins them to their forebears’. The distant past, The Dig suggests, is less distant than you think. Again and again the camera lingers over perennial images of Englishness — the pub, the unspoilt Suffolk countryside.

In doing so it invites comparisons with a better program, the BBC’s Detectorists (2014-17), featuring Toby Jones and Mackenzie Crook waving their metal detectors over open fields, chatting about nothing while hinting at everything. One running joke is that each time their devices start beeping, the characters spring into action — could this be the next Staffordshire Hoard? — only to dig up a Fanta ring-pull, a 20p coin or a crisp packet. It’s a sort of metaphor for the plight of the English, searching for a national identity and only finding the debris of consumer culture. Or is there something beneath the surface after all?

Detectorists didn’t mention a certain referendum, but it seemed to catch the public mood, in which the identity of Britain, and of its constituent nations, is up in the air. ‘Questions about identity always turn out to be questions about origins,’ the historian Tom Holland tells me. ‘For the society that we live in now, both because of Brexit and because of the fragmenting of the United Kingdom, but also because there are people from many different parts of the world coming here, settling here, thinking, “What are the roots of this?” — seen in that light, Anglo-Saxon history is perhaps the most interesting period that we have.’ It is, Holland says, ‘a period where identities are up for grabs and can be forged in ways so creative and so enduring that to this day we tend to take them for granted’.

Early Anglo-Saxon history is full of disputed questions. After the Romans departed in the early 5th century, what kind of society remained? How much immigration was there — and were the newcomers invaders, or peaceful settlers? Whatever the answers, there is from the 7th century to the 10th a gradual process of unification: warring kingdoms are slowly pacified by a common culture, by the steady advance of Christianity, and then by the political and military brilliance of a series of kings. Alfred the Great defeats the Vikings and declares himself ‘King of the Anglo-Saxons’; Alfred’s grandson Athelstan unites Mercia and Wessex and conquers the last Viking holdout, Northumbria. So begins the Kingdom of England.

It’s an inspiring tale for English patriots, but it’s also an example of cosmopolitanism: the Anglo-Saxon era is the story of Italian and Irish missionaries, of Germanic and Scandinavian settlers, and of figures such as Adrian of Canterbury, the North African polymath who helped to lead a 7th-century scholarly renaissance. In the 960s, King Edgar issued an edict to ‘all the nation, whether Englishmen, Danes or Britons, in every province of my dominion’. England was then, as the monk Wulfstan of Winchester put it, ‘a nation of many different languages and customs’. It was nevertheless a single nation.

For the past 1,000 years, Tom Holland observes, ‘the unitary integrity of England is something that people have been able to take for granted’. As a general rule, ‘If you live in the south of England, you’re not going to have Mercian armies sweeping in. You’re not going to have Northumbrians raiding you. I think that’s positive,’ he adds. ‘Would you rather live in a kind of Britain that is carved up between rival predatory kingdoms, or would you rather live in one where it’s been knitted together to construct a coherent identity?’

No wonder the Anglo-Saxons are making a comeback: their story has something for everyone. National identity and cosmopolitanism; Christians and pagans; warfare and high culture. There are always pitfalls, of course. Terry Herbert, after a lengthy dispute with the farmer on whose land he made his great discovery, looked back with mixed feelings. ‘Sometimes,’ he told the Sunday Mercury in 2011, ‘I wish I’d never found that hoard.’