Italian Life: A Modern Fable of Loyalty and Betrayal by Tim Parks reviewed 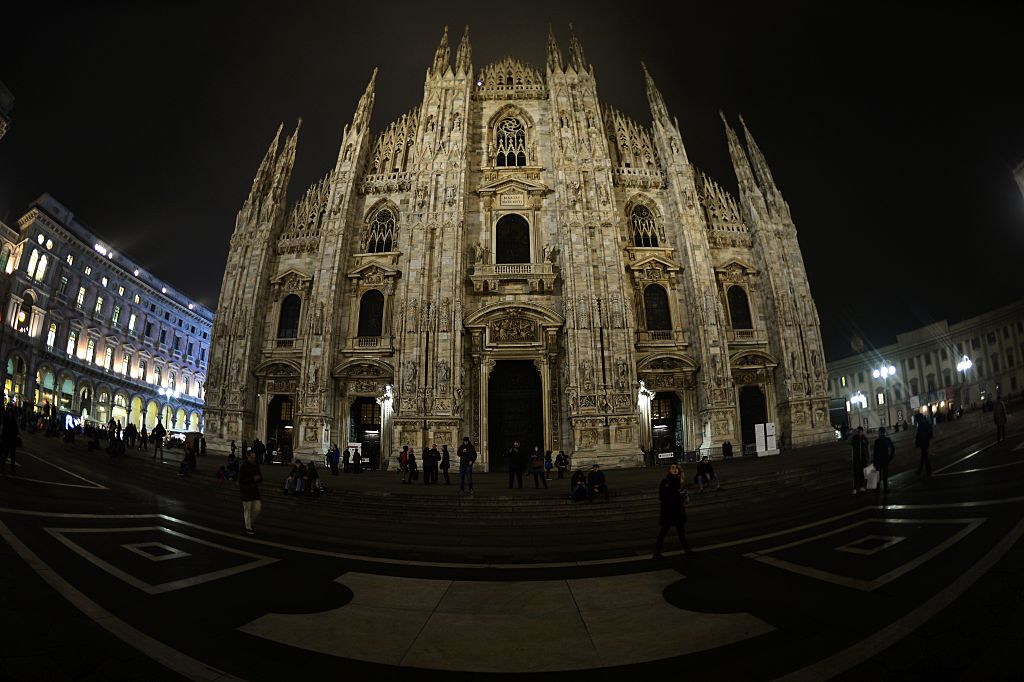 The Piazza Duomo in Milan (Getty)

Tim Parks is a seasoned, incisive observer of soccer, the railways, work, domestication and plenty more in Italy, his adoptive country of half a lifetime. What is, what ought to be and the machinations in the delta between provide much of his material. In this tale of two countries in one, bright, hard-working Valeria leaves Basilicata in southern Italy to study communications and marketing at a private university in Milan — shiny subjects in a city of business a long way from home (the same distance could take her to Tunis or Belgrade).

Valeria arrives laden with bread, pastries, fruit and wine, given to her by three aunts at railway stations on her journey. Her family and her circle of friends are all from the south, but she wants her life to be in the north.

The other character whose story the book follows is James — like Parks himself, a graduate of Oxbridge and the Ivy League. He teaches conversation classes, using robotic dialogues, and yearns for a better job. Fortune eventually gives him the nod. After the required bureaucratic-legal assault course, and doffing his cap pre-interview to the professor, he is rewarded: teaching translation at a university in Milan.

The route to promotion and success is made clear: find a senior academic (your barone), support his or her faction unwaveringly, and you too in time may succeed. Eight years after his entry for a translation prize amounted to nothing, James is invited to be on the jury. He questions why there is no discussion of the merits of each work and why the awards are rubber-stamped verbally by every judge in turn — making the ‘required choice’ win.

Parks reads these episodes through the prism of fables: the strict academic who fails a student on an obscure footnote is seen as a ferocious dragon defending the narrow mountain path to preferment. Valeria completes her master’s degree and is accepted as a doctoral candidate. She chooses a young professor as her supervisor and plans to carry out research in francophone Africa. They fall in love. Her links with the south are loosening. Things could hardly go better.

James, meanwhile, treads water and risks becoming like some of his resentful, timeserving colleagues. A double outsider — by nationality and by inclination — he could only hope to be a bag-carrier for someone more senior. Earlier, he had declined to translate a previous rector’s bestselling textbook. Nothing more was said, but an academic advised him to pursue his career outside Italy.

He further transgresses when he lambasts a long, jargon-filled public speech by the new rector’s loyal lieutenant. Someone lets the speaker know, and James’s card is marked. A small, powerful academic coterie willfully obstructs his endeavors and those of his close colleagues. Careers are made and broken.

Italian Life gets the measure of the parochial and the cosmopolitan. High office is a heady brew of egotism, well-nurtured profiles and string-pulling. Nepotism thrives, despite laws to prohibit it; appointments are made to grant or return a favor. At times this reads like a roman à clef, but the types are widely recognizable.

Can these academic intrigues tell the whole story of the country? Parks probably knows ‘the Italian comedy, divine or demonic’ better than anyone born outside of it. But I’d like to believe that there’s more to il bel paese than is described in this book.