Return of the patriarch 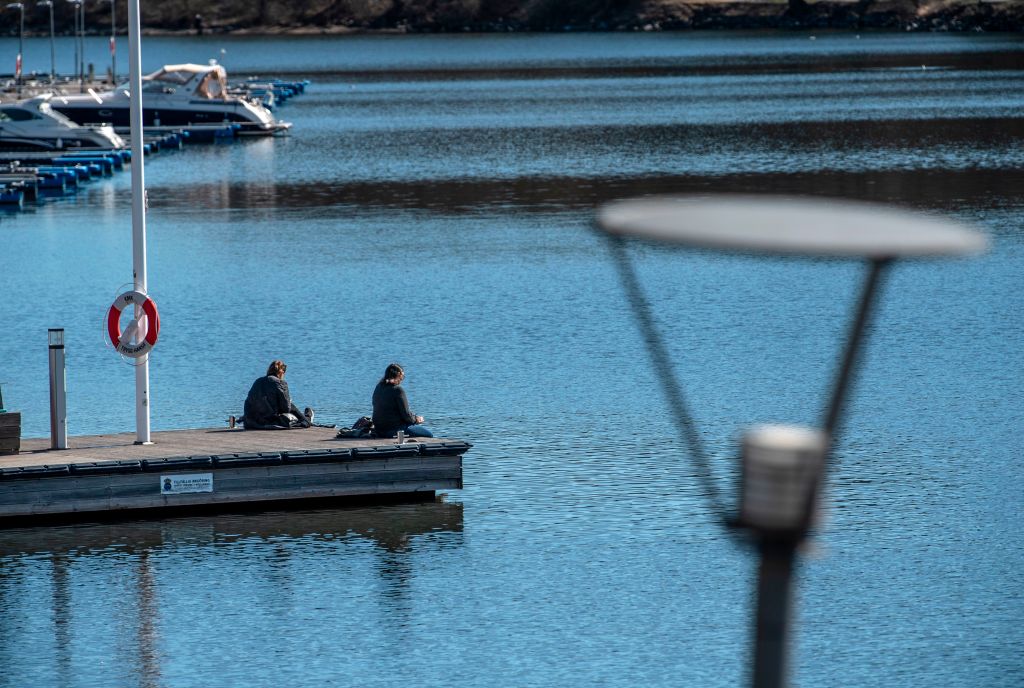 People sit at a quay in Stockholm (Getty)

Return of the patriarch

Some faint hearts may sink at the idea of a torrid Swedish family drama peopled with nameless figures identified only as ‘a grandfather who is a father’, ‘a sister who is a mother’, and so on.

Stick around: this gets better. That grandfather, an immigrant trader who ‘could sell sand to a beach’ or ‘wind to a hurricane’, remembers his first taste of Swedish television: a children’s program featured ‘two different colored socks with sequins for eyes’ discussing ‘how vital class struggle was for a happy society’. Later, after the long-distance skating, came ‘a documentary about Latin American poets or Ukrainian beekeepers’.

The granddad would meet his entrepreneurial mates (Peruvians, Poles, ex-Yugoslavs) by the Stockholm waterfront to gossip, deal and lament the ‘Swedish flu’ that ‘slowly suffocates you’. Their cozy welfare state’s ‘free’ stuff is ‘an addiction’, warn the veterans. ‘They’ll get your soul in exchange.’

Raised in Rinkeby, the tough Stockholm suburb that serves as a byword for second-generation migrant subcultures voiced in macaronic slang, Jonas Hassen Khemiri is a media-savvy literary star. His op-ed interventions — about racial profiling by the Swedish police, for example — command almost as much attention as his fiction and drama. But he keeps spells in the spotlight separate from his vocation, and The Family Clause, his fifth novel, offers much more than satire or sociology — even if it does depict a Sweden seldom glimpsed in morose rural policiers.

Our grandfather, a curmudgeonly, diabetic patriarch long divorced from his Swedish wife, returns to Stockholm twice a year from the — presumably Arab — country where he has gone back to live. His son is a shambolic freelance accountant on paternity leave, with a union lawyer partner and two small, all-consuming children. His daughter is in corporate PR, with a gym-teacher boyfriend and a son in the custody of her smugly righteous ex.

Seen from the perspective of each character in turn, the ten days of his latest visit funnel decades of love, fury, resentment, guilt and grief into a tornado of mixed feelings that demands of all an answer to the question of whether ‘family circumstances define your destiny’. Absent fathers, wayward children, generational strife and the sheer fatigue of new parenthood (‘he never loves them more than… when they are asleep’) come spiced with the extra heat of the perpetual sparring between the aspirational, anxious son and the errant paterfamilias, aghast that his milksop Scandi offspring have ‘never felt real hunger, real worry, real fear’. Can it end well? For that matter, can it end at all?

Shuttling between viewpoints, Khemiri’s prose has a zing and bite stylishly served by Alice Menzies’s pacy, idiomatic translation. If those abstract labels (‘a son who isa father’, etc) suggest some solemn archetypal conflict à la Strindberg, then the gleeful ferocity of close-up observation — from the poop-smeared ‘war zone’ of infant mealtimes to the panic-inducing plenty of late-night supermarket aisles — yank us down to modern earth. As for the old man, ‘He was born grumpy and he’ll die grumpy.’ In the meantime, the cantankerous self-regard that keeps him afloat lends The Family Clause an epic, as well as a comic, buoyancy.