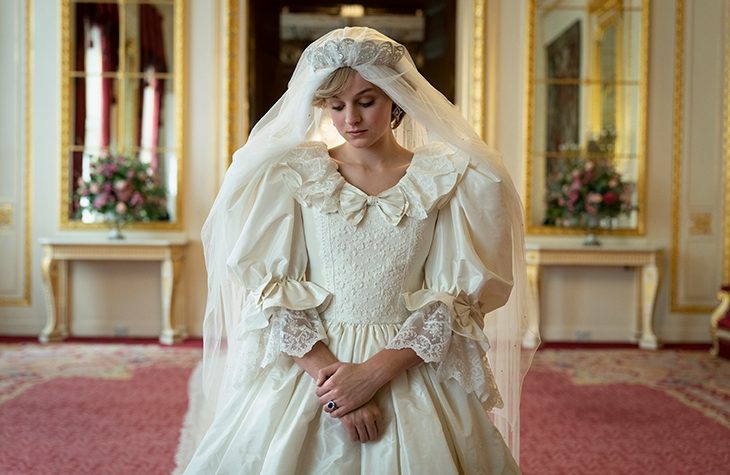 Never mind the regal and political tussles depicted in The Crown; the real action comes with the closing credits. This is the kind of list of job titles of which many feature films can only dream. In addition to the seven art directors of various ranks, there is an art department co-ordinator, art department assistant, five set decorators, two set decoration runners and a set decoration prop driver. Not to mention a drapes master, drapes master assistant, one florist and two home economists.

You don’t get the stand-ins for Buckingham Palace, Balmoral and all the other stately piles of multiple turrets and crenelations looking as good as they do without armies of behind-camera personnel. Netflix is cagey about how much is spent on the series, but it is rumored that each episode costs more than £9 million ($12 million) — and every penny is visible in every gorgeous shot.

Yet, whisper it softly, perhaps television today has even become too distractingly beautiful for its own good? Do we truly care what the characters are saying any more, or are we too busy looking over their shoulders at the Instagram-perfect chandeliers, photo frames and flower arrangements? Certainly few exchanges of dialogue in The Crown will stay with me in the same way as that mesmerizing, wordless sequence of the pre-marriage Lady Diana roller-skating along the chandelier- and portrait-bedecked corridors of Buckingham Palace.

We are truly in the era of more-is-more when it comes to the decor of hit television series. In many ways, this development has arrived at the right moment: a locked-down nation can watch from the confines of its living room the outside world displayed with glorious attention to detail as never before.

I was mesmerized by the immaculately curated assortment of 1960s curtains, fabrics and wallpaper styles in that other current streaming hit, The Queen’s Gambit, which whizzes around a dizzying array of carefully recreated international hotels. Never mind the drapes master for The Crown, the draping here is even better. (And, of course, the chess-playing, fashion-loving heroine sports endless impeccable outfits. I could iron all day and not get a shirt looking as crisp as that.) The Nicole Kidman/Hugh Grant HBO drama The Undoing certainly doesn’t stint on the look of monied Manhattan either.

I’ve found, amid all this extravagance, I actually miss those lovably shoddy, simple sets of bygone televisual times, before production budgets ballooned and every home screen was ultra-HD. I have fond memories of watching with my grandma the entire mise-en-scène of the Crossroads motel shaking every time a character shut a door. The early 1980s BBC adaptation of Twelfth Night, to which I was subjected many years later as an A-level student, caused endless mirth as Felicity Kendal’s Viola bounded heartily around an Illyria that seemed permanently on the point of collapse. There’s one old Patrick Troughton-era Doctor Who episode in which you can see the zips on the back of the evil Yetis. The chances of an errant zip in The Crown seem as remote as the notion of Charles and Diana enjoying a fairytale marriage; I would not be surprised if there was a zip co-ordinator nestled somewhere in those credits.

It is obvious that the old budgets and production values of terrestrial television cannot begin to compete with the seemingly bottomless reserves of the modern global streaming giants, buoyed by their millions of subscribers and the ever-growing two-way traffic between those previously separate worlds of television and film.

Yes, a lot of classic drama looks ropey compared with today’s impeccable visual display — and, if we’re honest, looked ropey even at the time it was made — but that meant it was the words, plots and characters that had primacy, that were chewed over and discussed for days afterwards. I, Claudius had its fair share of clunky sets and bad wigs, but that didn’t prevent overwhelming admiration for it both then and now. The late-1980s and early-1990s outings of Star Trek: The Next Generation had some dubious production values, but it also had far better, more original ideas than any this much-reworked franchise has dreamed up since.

None of which is to claim that classic drama was always better written than its modern counterparts. Of course not. But when a drama of decades ago was sub-par, there was no possibility of it disguising that fact behind its expertly draped curtains.

The box-set of I, Claudius is actually on my Christmas list, so that I can bask once more in those 12 top-notch episodes, wigs notwithstanding. For all its visual pomp and circumstance, I wonder if series four of The Crown will be as in demand in years to come.