Short stories to enjoy in lockdown 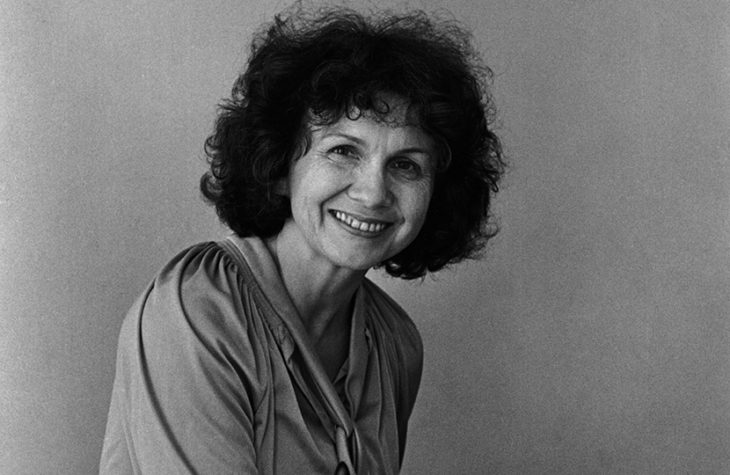 Alice Munro, photographed by Nancy Crampton. Her story ‘Hateship, Friendship, Courtship, Loveship, Marriage’ is a sunny account of wrongdoing all round [Bridgeman Images]

Short stories to enjoy in lockdown

In these circumstances there’s a temptation to reach for the longest novel imaginable. If you’re not going to read Proust now, as the days stretch ahead and the horizons shrink to an hour’s walk a day, when is it going to happen? But it seems much more likely that reading is going to contract, and the most you’ll realistically manage is a short story a day. Fortunately, some of the greatest literature of the last couple of centuries has come in the shape of the short story. Here are nine long-standing favorites of mine that manage to repay repeated re-reading — the definition of a classic.

Kafka’s The Metamorphosis is one of those classics that most people think they know but which infallibly surprises. The impossible thing happens in the first sentence; after that the story is a miracle of a sensible, rational working out of the situation. How Gregor manages the world, and how those around him decide to deal with the monstrous insect he has become, are essays in practical understanding. Obliterated from the popular memory, too, are the last pages, at once heartless and optimistic, in which the family, freed from its burden, starts to think about the future.

Eudora Welty was proficient in teasing out a situation from all sides and seeing the full meaning of something just glimpsed. ‘Lily Daw and the Three Ladies’ is a glorious small-town episode in which three well-meaning ladies try to send Lily off to a home for the feeble-minded to preserve her from the amorous attentions of a passing xylophone player. Everything ends in a nuptial welter of confused but very happy feelings.

Many of the greatest short story writers are rooted in a specific place. Another is the Sicilian, Leonardo Sciascia. His marvelous ‘The American Aunt’ captures a huge historical moment from a tiny Sicilian village. The Germans disappear, and everyone throws their fascist insignia away; the first Americans arrive, and for a brief, blissful period the small boys of the village are kings of the black market, selling at any price they care to name the cigarettes the GIs hand out. The comedy is raucous; but beneath, as the influence of the Germans recedes, the Italian-American mafia is taking form.

Alice Munro has dedicated her career to the short story and a favorite of mine is ‘Hateship, Friendship, Courtship, Loveship, Marriage’. An awkward, downtrodden domestic enters almost by chance into an amorous correspondence; it gets to the point of her stealing a whole set of furniture from her employer and uprooting herself across the country. Scarcely ever has the human possibility of catastrophe been so imminent. It’s a compelling but surprisingly sunny account of wrongdoing all round.

Ultimately, everything comes from Chekhov. You could spend the future reading his stories. I’ve always loved the late ‘In the Hollow’ — one of the most harrowing pieces of all Russian literature but rooted in an absolutely calm and clear-sighted understanding of village life. It’s set among the small-scale rural merchants who are about to be swept away; the terrible act of cruelty at its climax is horribly believable because Chekhov apparently understands everything about these people’s lives.

I don’t know a more joyous story than Italo Calvino’s ‘Theft in a Pastry Shop’. Three small-time crooks break into a bakery at night to empty the till. It’s the hungry post-war years; when they find themselves knee-deep in patisserie, the temptation is to delay the theft until after they’ve satisfied an all-time-record sugar rush. For an English writer, the story would lead towards childish pleasures; but Calvino’s last paragraph is one of the great lewd statements, as Baby lies down with his girlfriend, Tuscan Mary, and they lick the crumbs and cake and cream off each other till morning.

Everyone knows that Thomas Mann is capable of monumental intellectual severity. What might come as a surprise are his moods of exquisite, almost Biedermeier charm. ‘Disorder and Early Sorrow’ is evidently a glimpse of Mann’s own family life during the 1920s period of hyperinflation. The eldest children hold a party for their sophisticated friends; the youngest daughter, only five, has a first, overwhelming experience of falling in love. The moment passes; nothing will ever happen again in quite the same way, and a million Deutschmarks today will be worth 100 tomorrow. This evanescent passion would be quite forgotten if it weren’t for the story capturing it.

There’s a blurred border between short stories and moral fables, some of Tolstoy’s most beautiful stories being written to make a single, simple point. A more recent haunting one is by Ursula K. LeGuin. In ‘Those Who Walk Away From Omelas’, an idyllic society goes its way — ‘mature, intelligent, passionate adults whose lives were not wretched’. But the sunny utopia can only exist at a terrible cost — a small child being tortured forever in a dark, underground room. LeGuin was an ethical thinker, both lucid and cryptic. This is one of her most powerful statements.

Finally, a story from the most wonderful and lovable of all writers, V.S. Pritchett. He himself thought ‘When My Girl Comes Home’ was his best, and it’s easy to agree. A huge, Dickensian cast of family and friends gather to welcome home an errant daughter returning from an adventurous wartime experience. It’s told, chaotically, by a character who keeps forgetting things, relating everything out of order, not quite understanding the situation. Pritchett wasn’t a writer much given to the twist-in-the-tail, but here, even though we are conscious of the narrator’s limitations, it provides a glorious surprise. In the very last sentence we discover that everyone, narrator and prodigal daughter included, has got the whole thing completely wrong. There is quite a revelation in store for them.

That, I think, is why the short story is so satisfying. It stretches all the way from an apparently unmediated glimpse of life to something closely resembling a conjuring trick. A full length novel can’t quite do both those things at once; but Pritchett can, and Kafka, and Munro too.