Agent Running in the Field by John le Carré reviewed 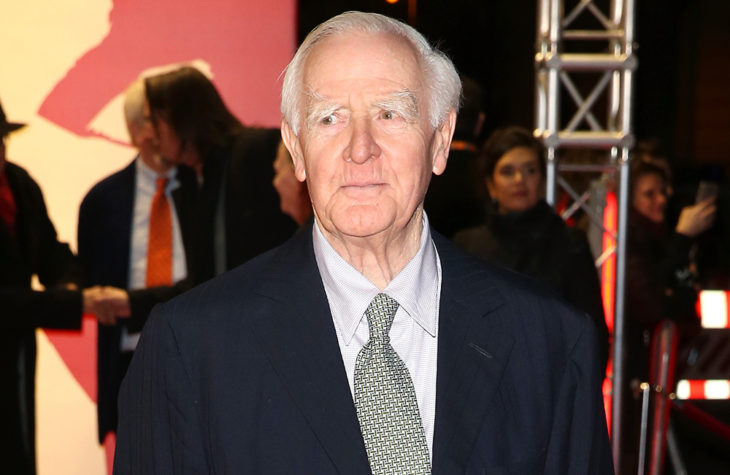 Since 1903, when Erskine Childers’s Riddle of the Sands warned of the rising tide of German militarism, spy fiction has held a cloudy mirror to the murkier corners of international politics. During the Cold War, John le Carré’s novels were hugely influential in shaping perceptions about the private maneuvers behind the public antics.  He continues to explore the dark places of our world, his subject matter evolving with the headlines. Agent Running in the Field –– an intentionally ambiguous title, no doubt –– is le Carré’s 25th novel. The first and most important thing to say is that it’s a cracker. His previous book, A Legacy of Spies, had a whiff of weariness about it, but here he writes as a man refreshed. Perhaps it’s an unexpected Brexit dividend.

In this fiction, Brexit negotiations grind on with no hint of a happy ending. President Trump visits Britain and then Helsinki, Finland, where he cozies up to Putin. Britain’s government is entrusted to ‘a minority Tory cabinet of tenth raters’. Sounds familiar?

Nat our narrator is 47 years old, and an MI6 officer who has spent most of his professional life running agents in hostile countries for the Russia Department. Like many le Carré protagonists, and le Carré himself, he’s the product of a disjointed and fractious upbringing. He’s also a fitness fanatic, a pursuit which he combines with an impressively steady intake of alcohol. Now on the verge of retirement, he’s back in England and hoping to rebuild his family life. But the Office persuades him to take a temporary assignment running the Haven, a redundant London substation staffed with agents past their sell-by date.

Nat’s wife Pru, a lawyer with a conscience, is less than enthusiastic but she doesn’t stand in his way. To confuse matters, Nat’s newly recruited deputy at the Haven is Flo, an unsettling young woman who bears the posh stamp of Cheltenham Ladies’ College.

The narrative is framed as a debriefing, as though Nat is making a rambling statement to his superiors in the wake of an unknown disaster. He begins with a badminton game at the club near his home in south London. Nat, having just won the club championship, is challenged by a gauche young stranger named Ed. Their games, spread over weeks and months, punctuate the story. A relationship, unexpectedly close though uncomfortable, develops between the two men: neither father and son nor agent runner and agent, but with elements of both. Ed, a researcher, emerges as determined, earnest and endearing. He believes that Brexit ‘in the time of Donald Trump’ is ‘an unmitigated clusterfuck bar none’.

Meanwhile, Nat’s superiors are intriguing behind his back, sleepers are waking from their slumbers and old agents are tumbling out of the woodwork. Someone appears to be feeding the Russians with details of the government’s more explosive post-Brexit contingency plans. Many le Carré novels explore the nature of loyalty, but here he gives it a different twist. The result is a rich, beautifully written book studded with surprises. Narrative is a black art, and le Carré its grandmaster.

It’s true that the plot depends on a coincidence of epic proportions, and that some episodes verge on the implausible. But this is an emotionally complex story, not an exercise in probability. What really matters is that we care about the characters and what happens in their lives. I doubt I’ll read a better thriller this year.