Even I, a bitter and cynical middle-aged woman, felt stirred by Sylvie’s Love 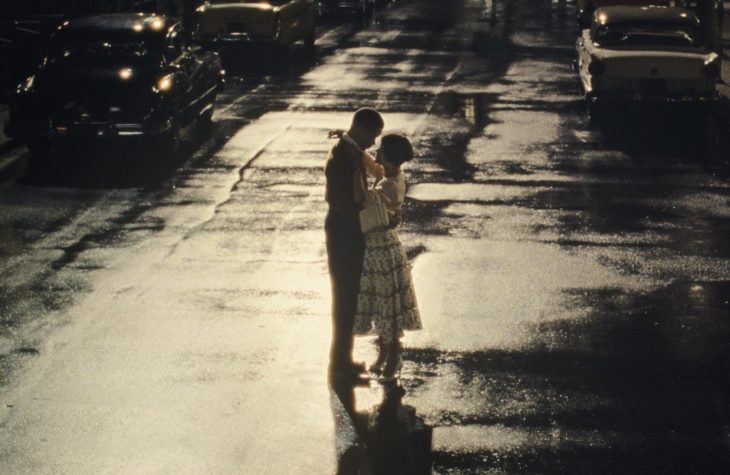 Even I, a bitter and cynical middle-aged woman, felt stirred by Sylvie’s Love

Sylvie’s Love is an exquisitely styled, swooning, old-school, period Hollywood romance and while it has been described as ‘glib’ in some quarters, it’s Christmas, we’ve had a rotten year, and it may be just what the doctor ordered. And if it is glib — I’m not convinced it is, actually; it may even be quite groundbreaking — it is, at least, adorably and cheeringly so. (My heart was warmed.)

It is written and directed by Eugene Ashe, and opens in Harlem in the summer of 1957 with Sylvie, played by a luminous Tessa Thompson. She works in her father’s record store but is obsessed by television and dreams of becoming a TV producer. Then one day Robert (Nnamdi Asomugha, who has the lanky charm of a Jimmy Stewart) wanders in searching for a Thelonious Monk record. He’s a jazz saxophonist and their eyes meet and it’s our old friend, the coup de foudre. They dance in a moonlit street. There’s a kiss. But she already has a fiancé, and his career, which is picking up steam, means he must leave for Paris. Not insurmountable obstacles, you might say to yourself, and later there are those misunderstandings where she sees him with someone else and draws the wrong conclusion, and so on. Contrived, yes, but this is, I think, mimicking the mechanics of actual Hollywood romances of the 1950s, like An Affair to Remember, which was one big contrivance from beginning to end, wasn’t it? So it may be beautifully smart in this way.

But back to Sylvie and Robert, who part but whose paths cross again five years later. Most delightfully, there is proper, bona fide, thrilling chemistry between the two. So much so that even I, a bitter and cynical middle-aged woman, felt quite stirred, and hoped and prayed for a happy ever after.

But, more interestingly perhaps, this is a throwback to the golden age of Hollywood starring a mostly black cast where being black isn’t at all an issue. The film is never political with a capital ‘P’. At one point Sylvie queries whether she can make it in TV as ‘a colored girl’ and there’s a white woman who imagines it’s a compliment to say about a black man that he doesn’t ‘sound at all black on the telephone’. But that’s about as specific as it ever gets. Ashe has said he wanted to make a film about the black experience that was not framed by adversity and struggle, and that’s what you have here. At no point is anyone pulled over by a racist cop, for example, or called names or beaten up by a white gang.

This is still rare in cinema. And it also makes you reflect, cringingly, on all those old films you love where the black person was only ever the maid or the shoeshine boy without any indication that they might have a life at all. Glib, on one level, but groundbreaking on another. Surely. In fact, you could almost describe this as La La Land but with something to say.

However, you don’t have to read anything into it, if you’re not of that mind, as there is plenty to like otherwise. True, there are pacing issues — the third act drags a little and then hurries to the film’s conclusion — but it is always sensational on the eye. It’s all fabulous, Wes Anderson-ish candy colors (pink, lime, turquoise, tangerine). The costume design is terrific (mostly Chanel, I’d hazard a guess), as is the mise-en-scène, especially if you are into mid-century furniture, as I am. (This is the best ‘sunburst mirror’ film of the year by a distance.)

Meanwhile, the streets of Harlem are, fittingly and deliberately, sets in the manner of Singin’ in the Rain, while the soundtrack is jazz and blues and pop and soaring orchestral numbers. But mostly it’ll warm your heart, so: happy Christmas, and enjoy. Consider this my gift to you.