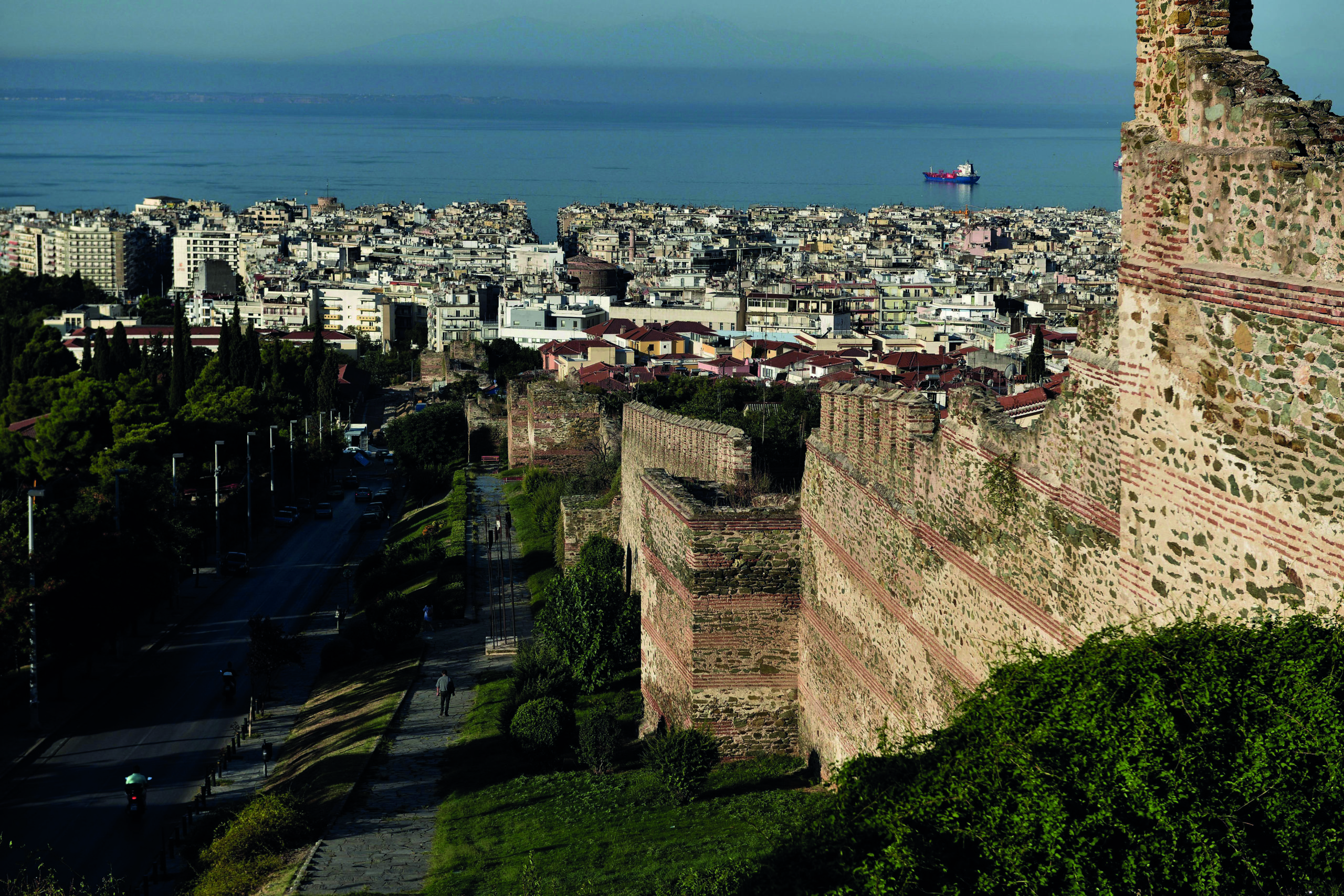 Jerusalem of the Balkans: Thessaloniki, from the Byzantine and Ottoman upper town

The facts are stark, if little known. Before World War Two, the Jewish community of Thessaloniki, Greece (Salonica, in its old Ottoman name) numbered over 50,000. Jews were this Mediterranean port city’s most numerous ethnic minority and had shared in many of its past glories. When the war was over, only 5,000, less than 10 percent, of the Salonica Jews survived. Between March 15 and August 10, 1943, the local Greek police, supervised by the SS, arranged the deportation of 45,000 men, women and children in 19 convoys, most of them bound for death at Auschwitz-Birkenau. My grandmother’s family was among them.

Talking Until Nightfall is a grim and gripping family saga. It compiles the testimonies of three generations of the Matarasso family. The first is Dr Isaac Matarasso (1892-1958), who remained in Salonica throughout the war. In 1948, he published the first memoir of the four-year Nazi occupation to be written by a Greek Jewish survivor. His account of those years, as well as his later, shorter recollections, are the heart of this book.

The second testimony is from Isaac’s son, Robert (1927-1982), and daughter-in-law, Pauline (b. 1929), who moved to England after the war, translated Isaac’s work and added their impressions of Isaac’s stories as well as their own experiences. The third testimony is the reflections of Robert’s and Pauline’s son, François Matarasso (b. 1958), who co-edits the book with his mother.

This multi-generational cast creates a richly moving and very personal story. Isaac, who survived because his medical skills were needed, records mesmerizing first-hand testimonies of the fate of the Jews of Salonica, from ‘partial toleration’ by the Germans, to forced labor and deprivation, to final deportation. Isaac records the fate of the last eight Jews in Salonica, killed by the Nazis on September 8, 1944 with the aid of Greek collaborators led by the notorious executioner Dangoulas, an illiterate chauffeur known as ‘the beast of Salonica’. Matarasso knew all eight, and names them all.

Thessaloniki’s chief rabbi, Zvi Koretz (1894-1945), was accused by Holocaust survivors of assisting in the deportation of the Jews. Matarasso, though a witness, refrains from taking a definite stand in this debate. But, significantly, he describes the excruciating process whereby Koretz advised on the ‘selection’ of Jews for sending to Bergen-Belsen, which, offering ‘better conditions’ than Auschwitz, raised their chances of survival. Koretz was himself deported to Bergen-Belsen. He caught typhus and died three months after liberation in Tröbitz, Germany.

Isaac Matarasso wrote parts of his memoir during the Nazi occupation and immediately afterwards, when the survivors returned, many finding their houses had been stolen by their Christian neighbors. Though this is not a work of high literature, it has an emotional immediacy and contains the human details that are often missing from conventional, archives-based histories.

‘The departure of the first Transport raised the terror among the Jewish population to new levels…no one on the [Jewish] council…dared to contravene the German orders. The Germans published a list of 102 rich Jews who would serve as hostages in the event of disobedience or sabotage. Panic swept through all social classes.’

Pauline salvaged the memoir for publication in 1953. In a thorough introduction, she describes the history of the Thessaloniki Jews and recounts how she helped Isaac to remember and write more and more stories. Pauline treads carefully around the question of whether Matarasso’s role as a doctor involved a form of collaboration. She delicately recounts Matarasso’s comings and goings, including his arrest by the Jewish ghetto police. Isaac and Robert survived imprisonment and torture. They escaped because the Greek resistance smuggled them out of the city to the andartes (guerrillas) in the mountains.

François, the grandson, is the last voice. He asks difficult questions about his grandfather and father’s accounts. As a second- and third-generation Holocaust survivor, he faces the enormity of comprehending what happened. He describes his sense of deep loss and bewilderment when trying to come to terms with the testimonies, and at times struggles to comprehend what happened.

My grandmother survived because she had immigrated to Palestine in 1933. Her sister Ines married one Moise Matarasso. They and their three children were murdered at Auschwitz. What remains for the second- and third-generation Holocaust survivors is the devastating effect of having been sold out by one’s homeland. For centuries, Jews were integral to the life of Salonica, the ‘Jerusalem of the Balkans’. But their neighbors swiftly betrayed them with little encouragement from the German occupiers.

This is an important book. It is not an academic interpretation or analysis. It is powerful and unique, a first-hand account that also describes the lasting impact of the Shoah on its few Greek survivors and their heirs.

Dr Rony Alfandary’s The Ghost Cohen Family: A Tale of a Holocaust Postmemory is forthcoming from Routledge. This article is in The Spectator’s September 2020 US edition.