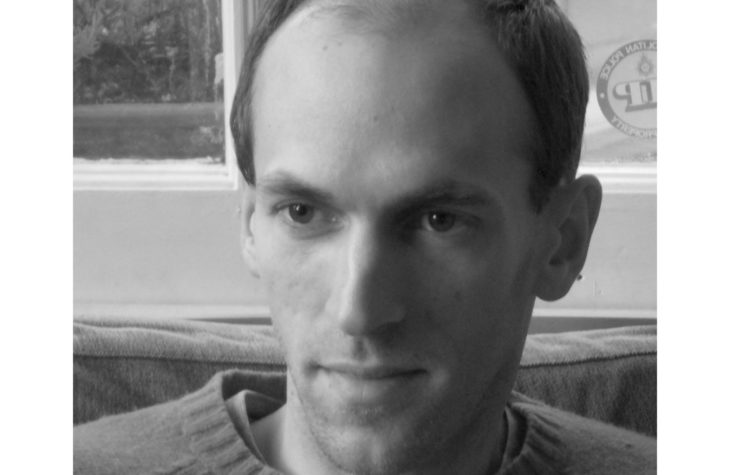 My partner’s brother once found himself accidentally locked into his apartment on Christmas Day, which meant having to spend it alone with his dog — an outcome he may shortly have cause to recall with no little longing, given that we’ve decided to host this year.

At least we haven’t sneakily invited his ex along too. That’s the curveball flung at one of the characters in Benjamin Markovits’s new novel, the latest in his unashamedly old-fashioned and vastly enjoyable quartet-in-progress about a high-flying, Obama-era American family modeled, as you might guess, on his own.

In the first part, A Weekend in New York, the parents and siblings of journeyman tennis pro Paul Essinger gathered to watch him compete in the first round of the US Open. Now it’s 2012 — two years on — and Paul has left not only the sport but also his girlfriend, Dana, and their four-year-old son, Cal, quitting Brooklyn to live near his parents in Texas.

His mother’s decision to ask Dana over for Christmas (‘I didn’t think she would say yes’) along with her own other three children — a legal don, a television producer and a literary academic — adds extra needle to an inevitable week-long crossfire over everything, from coffee to airport runs to whether a 10-month-old should still be breastfed.

With tennis off the menu, there’s even less drama than in A Weekend in New York, despite an agonizingly clumsy episode in which Paul misreads Dana’s ‘yes’ to staying overnight at his own place; action tends to revolve more around such matters as Cal’s ear infection, which leaves Paul’s sister Susie, wrangling three kids of her own, struggling to hide her horror at his unwashed hands.

There’s a degree of nervousness, I think, about books like this right now. Too white, too cozy, more deserving of satire than sympathy — a review in the Guardian a while ago, of a novel about three Oxford graduates, noted that while the characters were all ‘incorrigibly middle class and monocultural’, the author at least had the ‘good manners to record the self-concern of the privileged with a degree of quiet malice’.

But that isn’t Markovits’s style; he takes his cast seriously, from brattish offspring to pesto-stirring, screen-fearing mother to tongue-biting grandparent. ‘Part of what he liked about the iPad is that it required a kind of concentration that seemed to conceal him from other people,’ we’re told of one 12-year-old Minecraft addict, poignantly.

Someone flying gratefully home on the final page reads a Jack Reacher novel, highlighting how unthrillerish this all is. Yet, rereading, I couldn’t shake the notion that Markovits’s scrupulously equitable sifting of the Essingers’ clashing desires, perpetually unvoiced, made certain passages here a kind of aesthetic cousin to one of Reacher’s super-slo-mo punch-ups — as if he were the Lee Child of passive-aggressive stand-offs over how best to roast potatoes.