Three remarkable sisters at the heart of 20th-century Chinese politics 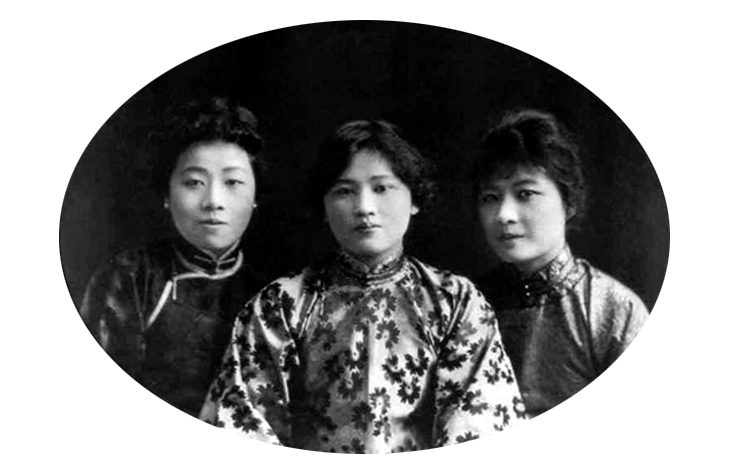 Three remarkable sisters at the heart of 20th-century Chinese politics

In their lifetime, and afterwards, the Soong sisters from Shanghai seemed like figures from a Chinese fairy tale. There were three of them: ‘One loved money, one loved power and one loved her country.’

They came from a family of prosperous Methodist converts and, for almost 100 years, one or other of them presided at or near the center of power in China. The middle sister, Chingling, married Sun Yatsen, the founding Father of the Republic, transferring her allegiance after his death to the small group of bandits, led by Mao Zedong, who formed the nucleus of the Chinese Communist party. To this day Chingling enjoys something like mythical status in the People’s Republic of China.

The youngest sister, Mayling, married Sun’s successor, General Chiang Kaishek, commander-in-chief of the victorious Nationalist army, who ruled China for two central decades of the 20th century. Among his most trusted advisers was his wife’s eldest sister, Eiling, whose phenomenal financial acumen made her one of the world’s richest women. It was Eiling who funded her brother-in-law’s Nationalist government, as well as protecting and paying for her two more celebrated siblings for much of their lives.

From the start, a formidable will underlay the fierce independence that made Eiling insist on leaving home alone at the age of five for a missionary boarding school in Shanghai. She completed her education in the US (the first Chinese girl ever to do so), enrolling at a Methodist college in Georgia, where her two younger sisters followed her. After a decade or more away, the three returned home with the habits, assumptions and outlook of American college girls. Eiling married a businessman, H.H. Kung, whose commercial grasp turned out to be far less impressive than hers.

In 1914 Chingling caused consternation at home by running away as soon as she turned 21 to marry Sun Yatsen. Her hero was more than twice her age, already three times married, with children, and facing exile in Japan after a series of unsuccessful attempts to oust the president of the new republic by force. Arrogant, high-handed and dictatorial, Sun required unquestioning obedience from his followers together with unequivocal support.

Chingling, who had initially worked as his secretary in Shanghai, idealized him as her country’s savior. She campaigned at his side until he fled to safety by gunboat after the failure of his latest coup in 1922, abandoning his pregnant wife as a decoy to distract his pursuers. She narrowly survived, precipitating a miscarriage that ensured, to her bitter regret, she could never again bear a child. Although Sun’s ruthless self-absorption put an end to the marriage in any but a public and political sense, his wife emerged from this ordeal with the beginnings of a legendary reputation that made her increasingly his partner and equal.

When Sun died prematurely of liver cancer in 1925, he was buried on the same mountain as the last Ming emperor, in a mausoleum three times as large. Chiang Kaishek emerged from the funeral ceremony looking like a tiger, according to Pearl Buck, who saw him afterwards standing alone on the mountainside:

‘The high forehead sloping, the ears flaring backward, the wide mouth seeming always ready to smile, and yet always cruel. But his eyes were the most arresting feature… large, intensely black and utterly fearless.’

Chiang consolidated his claim to succeed his brother-in-law by systematically exploiting his family connections while promoting Sun to semi-divine status as the nation’s father and figurehead. H.H. Kung became his nominal prime minister with yet another brother-in-law, T.V. Soong, as finance minister; but it was the eldest Soong sister, Eiling, who controlled the government’s financial affairs, providing a top-up when needed. With Eiling’s encouragement, Chiang promptly married her youngest sister. Sexy and smart, Soong Mayling was a star of cosmopolitan Shanghai in the 1920s when he first met her. ‘Bobbed hair, slit skirts and all-night jazz parties,’ wrote Buck, watching the Soong sisters thrive in a ‘culture of rampant consumerism and sexual excess, underpinned by violence and graft.’

Mayling ran the family mansion with five maids, seven manservants and a limousine for shopping expeditions. Fresh from the battlefields of the north, Generalissimo Chiang Kaishek recognized in her the glamour and social cachet he needed to add luster to a political career. ‘I have position,’ he told his existing wife (who was promptly shipped off to America with a handsome settlement), ‘but I lack prestige.’ He married Mayling in December 1927, at the biggest wedding ever seen in Shanghai, with 1,000 guests who kowtowed three times — as all wedding guests would do ever after in China — to a portrait of Dr Sun.

From then on, Mayling regularly accompanied her husband on campaigns to unify the country by defeating the rival warlords (including a still relatively insignificant Mao Zedong) who terrorized the country like medieval robber barons. Once, a Red Army unit sent Chiang the severed head of its commander as proof of surrender. Another time, his wife paid him an unexpected visit in captivity: ‘You have walked into a tiger’s lair,’ her husband said through his tears.

When the Japanese invaded China in 1937, all factions united with the Nationalists in what turned out to be a long, slow war of attrition. Shanghai fell to the invaders, followed by Beijing and the old imperial capital, Nanjing. Weapons, armaments, supplies and crates of government documents had to be carried on foot for hundreds of miles into the mountains. Ninety-five million Chinese civilians are estimated to have fled before the occupying Japanese armies.

Mme Chiang’s resolution and stamina never failed as Chiang retreated, moving his capital ever further up the Yangtze river into the mountains. After the Allies declared war on Japan in 1942, when Chiang became commander-in-chief of the Chinese theater, his wife impressed all who met her: ‘A mighty brave woman,’ said one American airman, ‘taking her chances… as if she was one of the soldiers herself.’

But her combative mood was short-lived. ‘The first lady was unafraid of death, but she could not stand discomfort,’ as Jung Chang nicely puts it. Mayling soon switched her attention to fund-raising tours in the US, making a hit in New York, where she became the first Chinese Nationalist — and only the second woman — to address both houses of Congress. After the Communist takeover in China, when Chiang found refuge on the island of Taiwan, his wife established a permanent New York base, maintaining her lavish lifestyle at the expense of Eiling, who had already settled comfortably in Manhattan. ‘They’re all thieves, every damn one of them,’ President Truman said of the Soong and Kung families.

Chingling remained in China, where her fluent English and radical chic as Sun’s widow made her a useful asset to Mao. An active party-worker to the day she died, she was still being wheeled out in her eighties to stand alongside the Chairman on ceremonial occasions in Tiananmen Square as the world’s ‘most famous revolutionary woman’.

Mayling survived both her sisters, dying childless, aged 105, in 2003. The sole living descendant of the Soong dynasty is Gregory Kung, the child of Eiling’s son Louis, a Texas oilman who built himself a Chinese-style ranch outside Houston with machine-gun emplacements in the grounds and a nuclear bunker under the swimming pool.

Big Sister, Little Sister, Red Sister is a monumental work, worthy both of Jung Chang’s Mao and of the great, rambling, heterogeneous Chinese folk epics of the oral past, such as The Water Margin and The Three Kingdoms. Its three fairy-tale heroines, poised between east and west, spanned three centuries, two continents and a revolution, with consequences that reverberate, perhaps now more than ever, in all our lives to this day.