Walter Bagehot: the revered Victorian who got almost everything wrong

Bagehot: The Life and Times of the Greatest Victorian by James Grant reviewed 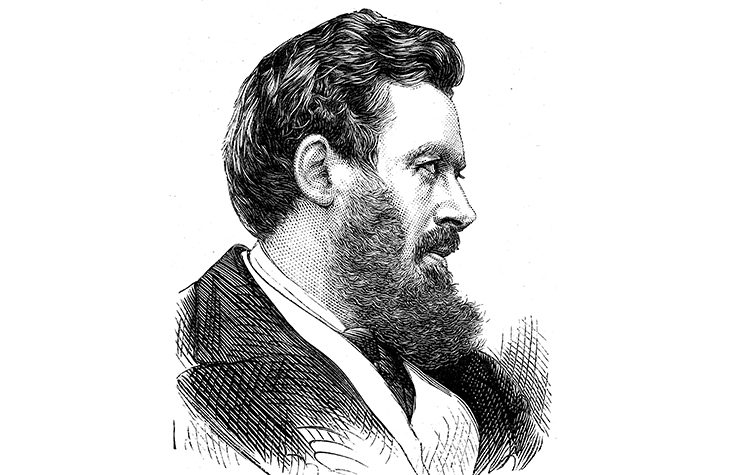 Walter Bagehot, 3 February 1826 – 24 March 1877, was a British journalist, businessman and essayist, who wrote about government, economics and literature, digital improved reproduction of a woodcut publication from the year 1888. (Photo by: Bildagentur-online/Universal Images Group via Getty Images)

Walter Bagehot: the revered Victorian who got almost everything wrong

Who was Walter Bagehot? For generations of politics students he has been the all-but-unpronounceable — Bayge-hot? Baggott? — author of the magisterial The English Constitution (1867). Since the 2008 crash he has enjoyed a vogue among central bankers for Lombard Street (1873), his brilliant anatomization of the City of London. He remains the most revered, though not the first, editor of the Economist.

‘We are looking for a man who was in and of his age… with sympathy to share and genius to judge… whose influence… can still impart, the most precious element in Victorian civilization, its robust and masculine sanity.’

In short, ‘the greatest Victorian’. That sobriquet is picked up in the title of James Grant’s new book. But Grant has, like so many authors today, been the victim of his publisher’s marketing department. The truth is that this claim is tosh. It was tosh when Young wrote it and it is tosh now.

Of course ‘the greatest Victorian’ is a phrase largely empty of meaning. But however defined, it cannot be true of Bagehot. Think of Gladstone, Brunel, Darwin, Clerk Maxwell, Dickens, Tennyson… and that’s just the men. What about Nightingale, Pankhurst, Eliot or indeed Queen Victoria herself? Bagehot has the vim and vigour of his age. But he cannot rank with these titans.

To his credit, Grant does not seek to make the case. In fact, despite the title, in point of sympathy or genius his Bagehot cuts neither a very attractive nor a very persuasive figure. He was certainly a superb talker and writer; the American journalist A. J. Liebling once said that Bagehot wrote better than anyone who wrote faster, and faster than anyone who wrote better. He was a confidant of the rich and powerful, mentioned no fewer than 125 times in Gladstone’s diary. He was a peerless analyst of British politics, able to cut through flummery and tradition, while giving them their due. But he was also a prig, a sneerer and a snob, quick to disdain the views of ‘the mob’ and the concerns of ‘little people’.

What is more telling is that Bagehot’s judgment was wrong on several of the greatest issues of the day. He led the fashionable dismissal by British liberals and intellectuals of Abraham Lincoln as being out of his depth in the American civil war. Lacking on-the-ground sources, he wildly underestimated the strength and resolve of the North, predicting a Southern victory.

As so often, the yearning for paradox bred misjudgment. Bizarrely, Bagehot declared in the Economist that it was precisely because of his opposition to slavery that ‘we wish for a dissolution of that Union which has hitherto crushed [slaves] down by its banded, undivided and resistless might’.Tell that to Frederick Douglass or the nearly 200,000 African Americans who joined up to fight in the Union army.

Bagehot’s flair for epic miscalculation came much nearer home with the ‘banker’s bank’, Overend Gurney. This started life as a specialist in the ultra-safe market for bills of exchange, and sailed through the numerous financial panics of the early 19th century, growing rapidly until it was forced to apply to the Bank of England for support in 1857.

In so doing, it raised one of the perennial questions of central banking. Should the Bank of England let this major institution fail, with all the knock-on effects on other banks, business sentiment and economic growth? Or should the Bank bail it out and create the moral hazard that Overend Gurney and other banks would take still greater risks, thinking they were too big to fail?

Bagehot was himself the director of a highly successful bank from the West Country; banking paid the bills and gave him time to write. Yet he dismissed the widely shared concerns about moral hazard, and failed to see the signs as the newly rescued Overend Gurney expanded still more recklessly, only to go spectacularly bust in 1866.

In Lombard Street, Bagehot gave what has become the canonical statement of how to handle a bank run:

‘A panic… is a species of neuralgia, and… you must not starve it. The holders of the cash reserve must be ready not only to keep it for their own liabilities, but to advance it most freely for the liabilities of others. They must lend to merchants, to minor bankers, to ‘this man and that’ whenever the security is good.’

It is a dictum that earns Bagehot more mentions in Ben Bernanke’s recent book on the 2008 crash than any living economist. Yet, as Bagehot was eventually forced to concede, he was wrong about Overend Gurney. The problem of moral hazard remained to threaten future generations. It still does.