A booming economy makes Trump look wiser than his detractors 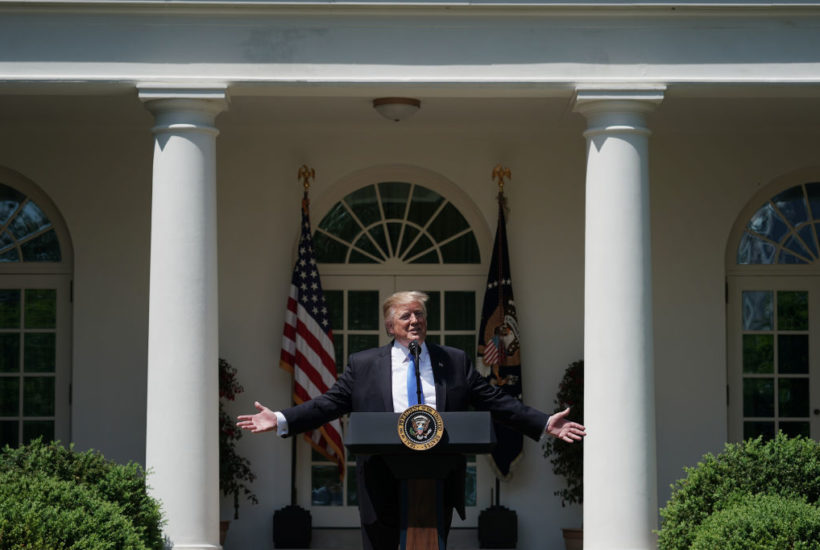 What delicious reading it makes going back over Paul Krugman’s missive in the New York Times on the morning after Donald Trump was elected in 2016. ‘Global recession with no end in sight…when are markets going to recover? A first pass answer is never…’ Those words should be carved into a façade somewhere in Wall Street and held up for ever after as an example of hubris of economic forecasters.

In liberal circles nowadays there is always misery. The end of the world is always around the corner, where from economic calamity in the global capitalist system, climate change, rise of fascism, AI taking our jobs and creating mass unemployment, or whatever. But let’s get back to the real world for a moment. The latest US job figures, released today, show that a further 263,000 jobs were created in April alone. Unemployment is at its lowest since Richard Nixon took office. What’s more, wages grew by 3.2 percent over the past year – so no-one can say that more people are working in Mickey Mouse jobs. Americans are getting richer, and quite fast.

It is possible to argue that none of this has much to do with Donald Trump. Unemployment has now fallen month on month for the past eight years, taking us well back into Barack Obama’s time. Have Trump’s tax cuts transformed the economy of just added to what was happening anyway? But all this misses the political point. The case against Trump is that he is a fantasist. The world just isn’t like he sees it, from his narcissistic viewpoint. He shoots off without really having any idea what he is talking about. He is ‘ignorant of economic policy and hostile to any effort to make it work,’ as Krugman put it.

There is plenty to back up some of these assertions, such as Trump’s efforts to claim more people attended his inauguration than did Obama’s – something which clearly didn’t match the obvious photographic evidence. But it is hard to make the last of them stick. And who, anyway, gives a damn how many people were at Trump’s inauguration party? What matters rather more to most people is whether or not they have a job and how much they have in their pay packet. On this it is Trump who now seems the wise one – and his liberal detractors like Krugman who look the fools.

For once, no-one could take issue with one of the president’s tweets – it read simply: ‘JOBS, JOBS, JOBS!’ That is the economic story of the moment. Unless the picture changes over the next 18 months it is going to take a hell of a heave for a Democrat to push Trump out of the White House.