If Boris wants to channel Roosevelt, he should end lockdown

As a species we must stop cowering and havering. Let’s be prudent but let us also be a little brave 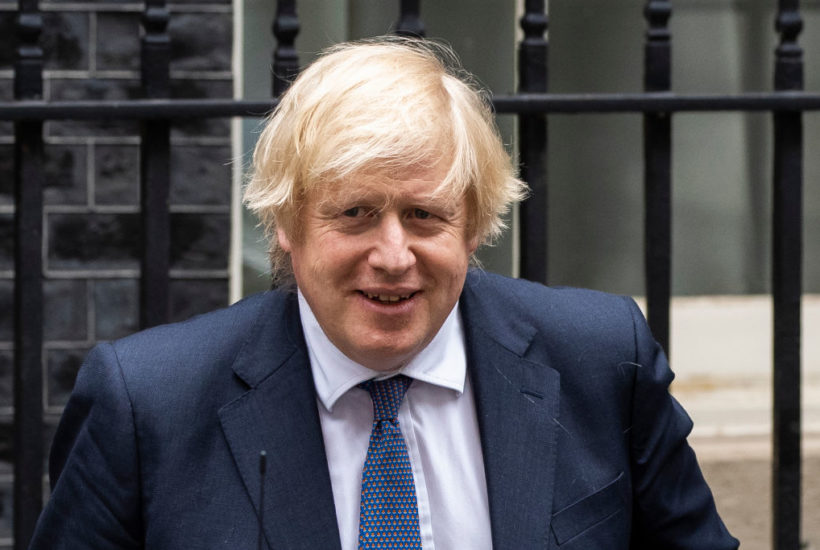 The invocation of Franklin D. Roosevelt by Boris Johnson is welcome, but the conditions that greeted Roosevelt when he was inaugurated US president in 1933 and those in the UK today are very distinguishable. Roosevelt inherited a collapsed financial system; the stock and commodity exchanges and almost all of the banks in the country had been closed for up to two weeks. Almost a third of the country was unemployed (the states compiled the figures and they were not entirely reliable), and there was no direct relief for the jobless.

For the first time since the Civil War there were machine-guns at the corners of the great federal buildings in Washington on Inauguration Day. The incoming president had a practically unlimited mandate to take drastic measures to deal with the crisis. He famously began his address with the assertion that ‘The only thing we have to fear is fear itself’, and concluded that ‘the people have made me the present instrument’ of their requirement for decisive executive action and ‘in the spirit of the gift, I take it’.

After the most memorable inaugural address in the history of the office (except for the two by Abraham Lincoln) he convened Congress in emergency session, re-financed the banking system in three days and continued with a vast three-month legislative program of public works (infrastructure today) and conservation workfare schemes, agricultural price supports, labor and securities reforms, and the recovery began. He was America’s greatest reformer but also considered himself ‘the greatest friend American capitalism has ever had’.

Economics is essentially half psychology and half elementary school arithmetic. As economics, FDR’s New Deal receives a solid pass. As catastrophe avoidance, a nearly perfect score. (The US appeared to lag behind western Europe and Japan in reducing unemployment because the conscripts and defense workers of the other countries were considered to be employed and America’s millions of workfare participants, who worked as hard and more productively, were not.)

Obviously Johnson’s position is somewhat different and an attempted replication of FDR’s inaugural address at this point would be ludicrous. Johnson was installed and elected with a mandate to resolve the most prolonged governmental crisis in the United Kingdom since the American Revolution, if not the English Civil War. He did so very effectively, though the ultimate terms are still a matter of exacting negotiation. The suggested recourse to ‘a Rooseveltian approach’ is contemplated in respect of a pandemic; he is certainly capable of composing and delivering an uplifting speech, but the substance that must follow promptly to assure that the annunciation is not just hot air doesn’t have a Roosevelt precedent. The present state of unemployment can best be alleviated by enabling those laid off in the shutdown to return to work.

Where Johnson can lead and influence the entire West is by acting on the facts that about 80 percent of fatalities from the coronavirus occur in the eldest 20 percent of the population, who have reduced immunity to viruses, and that in most cases the symptoms are minimal or nonexistent. In these circumstances, which have been revealed in the data of the past three months, it is nonsense to maintain any significant part of the economic shutdown that endangers the financial and in many cases the psychological and even physical health of 80 percent of the population, while the 20 percent who are more vulnerable should be given maximum protection.

In the UK, the fatality rates are approximately one for every 9,000 people under 65 and one for every 250 people over 65. These are pretty good odds for the elderly, but an unacceptable risk for society, and one that we now know much better how to protect against than we did in February. Why Britain has ended up with far higher coronavirus fatalities per capita than Germany and the US is a matter that must lie with the public health system and should be unearthed by an impartial commission. It is high time the NHS’s status as co-chief sacred cow of the UK (with the BBC) was subjected to rigorous scrutiny. (I know this is blasphemy but I’ve never found the NHS very impressive compared with its peers in other advanced countries.)

If the Prime Minister and Mr Gove seek a Rooseveltian (and Churchillian) mission, they should try to lead their country and the world out of its basements and back to normal lives and jobs. Those who are especially vulnerable should take appropriate precautions, but as a species we must stop cowering and havering; our forebears did not behave like this during the Blitz, which was much more dangerous. Let’s be prudent but let us also be a little brave.

Relatively mild exposure to the coronavirus broadens what is inelegantly known as ‘herd immunity’, as such exposure builds antibodies that heighten resistance to a return of the illness. This is the only way in which such viruses are defeated. The alternative is to remain in our foxholes, on our telephones and at our desktops, waiting helplessly for the over-lionized scientific community to produce a vaccine. Our Victorian ancestors would have dismissed this as unmanly, and it is; and it’s silly.

I can even render it in Rooseveltian-Churchillian for Boris and Michael: ‘The British people will not be deceived by the pious frauds of cowards and charlatans. No combination of defeatists will prevent us from protecting the vulnerable among us and wisely returning to our tasks and building a greater nation than there has been in a thousand years of British history, where everyone may enjoy the fruit of honest toil in a just society invulnerable to the scheming of unworthy men.’ In the formula of a number of other distinguished leaders, from Theodor Herzl to Ronald Reagan: ‘If not us, who? If not now, when?’