Bring back our bitchy celebs! 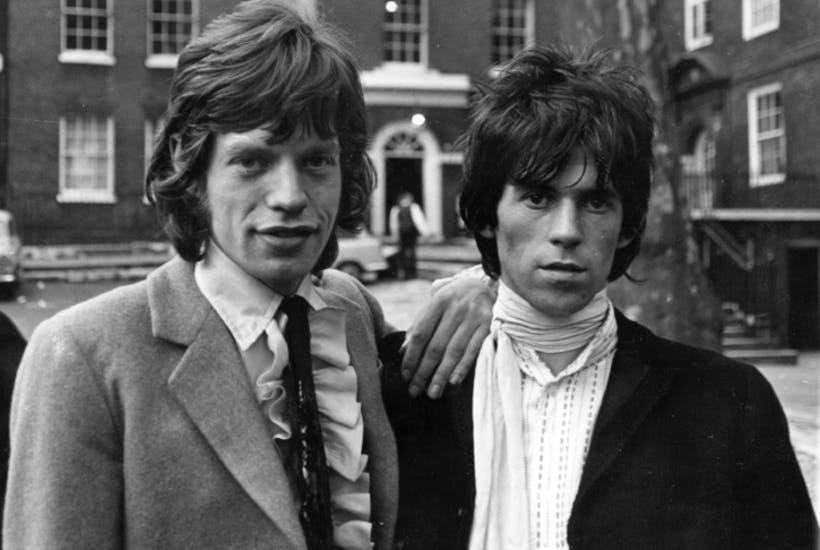 You would have to be quite odd not to approve of the sudden surge of solidarity amongst Hollywood stars of the female persuasion. (Though I did wonder, when Frances McDormand called so movingly during her Oscar-winner speech ‘Meryl, if you do it everyone else will!’ whether she meant ‘Suck up to Weinstein for years’ or ‘Give Polanski a standing ovation’ – because Streep certainly led the liberal sheep in those fields.) But still – Ancient Mariner on the oceans of objectionability that I am – I do miss the days when ‘actress’ was shorthand not for ‘whore’ but for ‘bitch.’

These days, female actors want to be seen to be building each other up rather than tearing each other down. As an adult, civilised human being, I understand of course that this is desirable – but as an immature, red-blooded bitch, I don’t. Even as a teenybopper in the 1970s, I somehow managed to grow up in thrall to the Golden Age of Hollywood; there, stars were bitchy specifically – ‘Why am I so good at playing bitches? I think it’s because I’m not a bitch. Maybe that’s why Miss Crawford always plays ladies’ – Bette Davis. They were bitchy generally – ‘The kind of girl who climbed the ladder of success wrong by wrong’ – Mae West. They were even bitchy about themselves – ‘They used to photograph Shirley Temple through gauze. They should photograph me through linoleum’ – Tallulah Bankhead. But, regrettably, bitchy actresses are no more; partly because of #MeToo, but partly because like all fun, well-paid jobs, acting has been colonised by the spawn of the famous. When you didn’t have to claw your way up, you fear losing your footing less, so you don’t lash out. Thank goodness that pop music – a younger, rawer art, rapidly being colonised by the dreary spawn of the bourgeoise but still housing a few roughnecks – has taken over from Hollywood in the bitchcraft bonanza.

Interestingly, while pop girls have had their moments – Charlotte Church to Cheryl Tweedy: ’Look, love, when you can sing Ave Maria, then you can have a go’ – Mariah on Madonna: ‘ I used to like her in 8th grade, when she was popular’ – and Christina Aguilera on Britney: ‘I can’t believe that girl bought her own engagement ring! I’ve seen it, up close – it looks like she got it on QVC’ – male rock stars have proved the most consistently bitchy. This stretches all the way back to John Lennon’s inability to get over Paul McCartney – he even wrote bitchy songs about him, part of a long tradition of ugly rock stars being envious of pretty pop stars which found its emerald-eyed apex in Frank Zappa’s Peter Frampton parody ‘I Have Been In You’. It’s best enjoyed today via Keith Richards disinclination to stop tormenting Mick Jagger – most notably about his allegedly small penis and his appetite for social climbing – which came to shuddering short-stop recently when Richards offered a public apology for calling Jagger ‘a randy old bastard…it’s time for the snip. You can’t be a father at that age. Those poor kids!’ in no less an organ than the Wall Street Journal.

Both Lennon/McCartney and Jagger/Richards shared quasi-fraternal relationships in the early part of their careers, with all the sibling rivalry that entails – how much more predictably ferocious, then, are the battling Gallagher brothers whose beef recently escalated when Liam turned his ire on his own teenage niece and then on his sister-in-law when she waded in to defend her. The car-crash aspect of the Gallagher feud is inevitable fall-out when two sides are so unevenly matched in bitchcraft; in one corner the super-articulate Noel, who famously called Liam ‘the angriest man you’ll meet…a man with a fork in a world of soup’ and in the other the sub-Neanderthal Liam who somewhat less incisively called Wayne Rooney ‘a balloon with a Weetabix crushed on top’. Intriguingly, sometimes it’s seemed that there there were three people in this marriage as the hapless Robbie Williams has frequently been dragged in as a totem of contempt; after being a friend to both brothers, Noel fingered him as a ‘just a fat dancer from Take That’ while Liam once held up his Q Award with the catty diss ‘This one’s for Robbie – he understands the letter Q.’ But Williams got his own back when after selling out three nights at the Knebworth Festival compared to Oasis’s two, he sent Noel a pair of tap-dancing shoes with the message: ‘Dear Mr Gallagher – you said two nights at Knebworth is history. Well, I guess three is just greedy. Yours, Rob. PS: Finding it difficult to find adequate support for my show. What are you doing on the 1st and 2nd? Oh, and the 3rd?’

Stereotypical or not, gay men have always a reputation for extreme bitchiness and in pop they have been well represented by the likes of Boy George, Elton John and Morrissey – though few have had the sheer front to shut down rivals with Neil Tennant’s message to Jimi Somerville: ‘Piss off, Mary, I’m Head Fairy!’ But a new and pleasing development is the spectre of the Twilight Bitch – a man who having been a still tongue and a safe pair of hands all his life decides to ruffle a few feathers. Hence Charlie Watts innocently opining that David Bowie ‘was a lovely guy and he wrote a couple of good songs…but for me, he wasn’t this musical genius’ which he surely knew would be greeted by a soundtrack of a hundred thousand aged hipsters wetting themselves.

As I too head into my dotage, I’m hoping for a lot more of this – and a few less Born Again Blessed such as former arch-bitch Brett Anderson who, in the course of promoting his new book, actually said ‘I can’t be bothered with settling scores…in memoirs, when people slag others off, it’s often because they haven’t anything interesting to talk about.’ Good luck with those sales, Princess! A clear conscience is all well and good, but adding to the gaiety of nations is one of the best legacies we can leave.