Whatever America is searching for, Trump isn’t providing it

Capitalism in America and These Truths reviewed 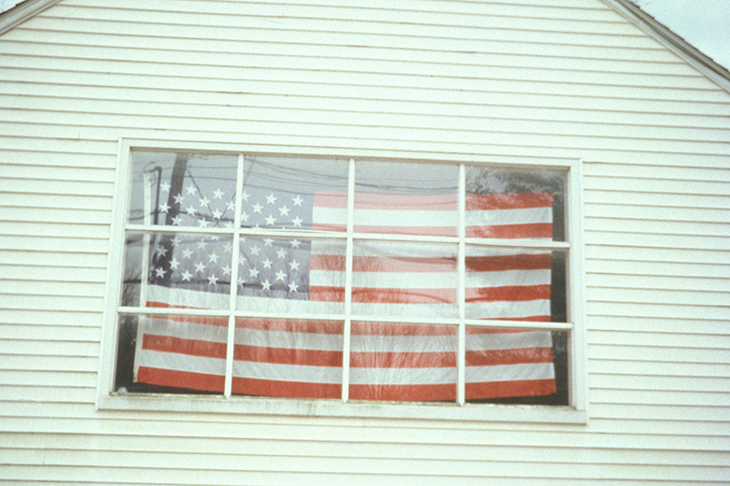 Capitalism in America: A History Adrian Wooldridge and Alan Greenspan

These Truths: A History of the United States Jill Lepore

Donald J. Trump has sparked some soul-searching among US historians: has this happened before? Does it mean America has changed? Cue the self-laceration, cue the book deals. Two impressive volumes illustrate both agreement and disagreement, both concurring that America represents the search for something — but the jury’s out as to precisely what.

Capitalism in America: A History is by an Economist writer (Adrian Wooldridge) and a former chair of the Federal Reserve (Alan Greenspan), so you can guess where they’re coming from. The book celebrates the American thirst for self-improvement and argues that the country has long benefited from a ‘creative destruction’ driven by the market and entrepreneurs.

Here’s the story. In the beginning, America was a frontier, rich in natural resources and conquered by businessmen: Alexis de Tocqueville wrote: ‘I know of no country, indeed, where wealth has taken a stronger hold on the affections of men… the entire society is a factory.’ At first it was dominated by farmers and craftsmen, rugged individualists; but as industry blossomed and agriculture shrank, so the laissez-faire dreams of the early republic became unrealistic. Corporations flourished; the government decided to help them. Time itself was nationalised. It used to be that local worthies set the town clock according to the position of the sun in the sky, but railroads needed national timetables and so, in 1883, ‘America divided itself into two standard time zones’ in order that the trains could truly run on time.

America flourished, say Greenspan and Wooldridge, because it took plenty of cheap labour from abroad; it embraced new technology; it traded in global markets; and it was willing to let old industries go to the wall — freeing up workers and resources for start-ups.

Proof that all this worked was what happened when it stopped. In 1929, a speculative bubble popped and Wall Street crashed. A recession was maybe inevitable, but a worldwide depression perhaps not. The problem, argue Greenspan and Wooldridge, was that the federal government forgot what America was all about and did the wrong things: immigration had earlier been restricted, bigger tariffs were now slapped on imports, and Franklin D. Roosevelt prolonged the agony by expanding the state and fiddling with the market.

A second crash that occurred under Roosevelt’s presidency, in 1937, was by some metrics worse than the first: stocks lost more than a third of their value and unemployment hit 20 per cent. From this we are invited to deduce that while some welfare goodies contribute to growth — education is one form of government spending that Greenspan and Wooldridge go gaga for — on the whole America has done best when the state lets the pioneers off the leash. The authors are therefore stumped by Trump: they like his deregulation and low corporate taxes, but his protectionism, the reader can infer, risks a return to the suicide of the 1930s.

From this blunt economic survey, we follow Jill Lepore to a much more nuanced political history of the American experience. These Truths: A History of the United States has an apt title, for there is no one truth of what it means to be an American, and it’s from the contest between identities that we get the unholy mess we’re in today. The pioneer narrative is hopelessly subjective and has no relevance whatsoever to the Native Americans stripped of their land, the slaves ferried across the Atlantic to build the exciting city on a hill or the millions of working-class whites who never had time to invent anything. They just worked every hour God sent to make some rich genius even richer.

Lepore examines the political expressions of these experiences and notes that American populism, although often racist and conservative, has also sometimes been progressive. Creative destruction in the 1880s and 1890s, for instance, meant dying farms and appalling urban conditions; and the first great populist, William Jennings Bryan (a Democrat from Nebraska and my own personal hero), tried to ally these two constituencies in three radical presidential campaigns. His platforms now look economically illiterate; Bryan vacillated confusingly from easy money to proto-socialism and ended with a campaign against the teaching of Darwinism in the 1920s that has cast him as one of history’s fools. But his point about Darwin was that if society rejects the Christian notion that weakness is a virtue and embraces the ‘survival of the fittest’ doctrine, it will inevitably throw the weak on to the funeral pyre. Time, I think, proved him right.

When Roosevelt came to power in the 1930s, it seemed as if liberals had conquered the US establishment, and so it was inevitable that there would be an equal and opposite reaction from the Right. The portrait Lepore paints of America in the 1950s is eerily familiar: Joe McCarthy’s anti-communist crusade unleashed wild spirits. Conservative thinkers decried the establishment’s obsession with facts and called for a return to pioneer-style truths. Leftists, homosexuals and intellectuals were dismissed as ‘eggheads’; universities were ‘godless’.

Big money bankrolled a grassroots movement against liberalism that was dominated by housewives so angry that they even irritated the Republican leadership. Richard Nixon said: ‘I will not go and talk to those shitty ass ladies!’ But he did, and he owed his rise and rise to them. ‘Nixonland’, said the presidential candidate Adlai Stevenson — a two-time Democrat loser — is a ‘land of slander and scare; the land of sly innuendo, the poison pen, the anonymous phone call and hustling, pushing, shoving, the land of smash and grab and anything to win.’ Sounds familiar, doesn’t it?

Politics in the 1950s was a morality play acted out in the most immoral way possible, and the career of Joe McCarthy, made famous by fear, was just as comic and tragic as any of the men associated with Trump today. When he’d run out of men to accuse of spying for the Soviet Union, poor old Joe died a washed-up alcoholic in 1957. One sad, solitary figure at his funeral was Robert F. Kennedy. McCarthy was god-father to one of Bobby’s children, a testament to the kind of close relationships that can develop between political opposites behind the scenes.

Lepore’s vision of America is much closer to the patchwork reality than Greenspan and Wooldridge’s, but even this is too black and white. She often casts the identity debate as Left v. Right, or liberal v. conservative, whereas the boundaries are more fluid than that. Take the Alabama governor George C. Wallace, who appears in the book as a symbol of populism’s descent into naked racism. It’s true that when inaugurated governor in 1963 he declared that he was for ‘segregation now, segregation tomorrow, segregation forever!’, and he certainly ran as a far-Right conservative for president in 1964 and 1968. But Lepore doesn’t note that in the 1972 Democratic primaries he presented himself as chiefly a law-and-order, anti-tax populist, and in 1973 he even crowned a black homecoming queen to prove he was no longer a racist (he didn’t kiss her, as was tradition, insisting ‘The people of Alabama aren’t ready for that’.)

By 1982, his last run for governor, Wallace was shamelessly reaching out to blacks, women and unions. Populism is in part about responding to the needs of one’s constituency, and as Alabama changed, so did a leader who was once famous for his inflexibility, and his story is far from an outlier. The history of the American South is one of change, power struggle, political bending from Left to Right, negotiating race, and all of this cannot be contained in one volume or by one narrative that at times feels too neat — even if Lepore is a truly gifted writer with profound insight into those she writes about. Do read her magnificent book, but just remember that it’s not the whole story.

The definition of America is elusive, which makes explaining Trump both easy and difficult. We can say for sure that he is one constant part of America: the pioneer populist with a dose of xenophobia. But we’d be blinkered — as too many European commentators are — to suggest that he is all of America or even most of it. Trump is an unpopular populist whose approval ratings are dismally low. He’s currently on a path to defeat in 2020 (although that can change). He got elected by clever strategy, by accident and because his opponent was another egghead who just enough people couldn’t stand to hand victory to an absolute ape. The very sad thing is that Trump talks like William Jennings Bryan but thinks like Darwin. Hopefully, America’s weak will survive his presidency.