How China sees the trade war 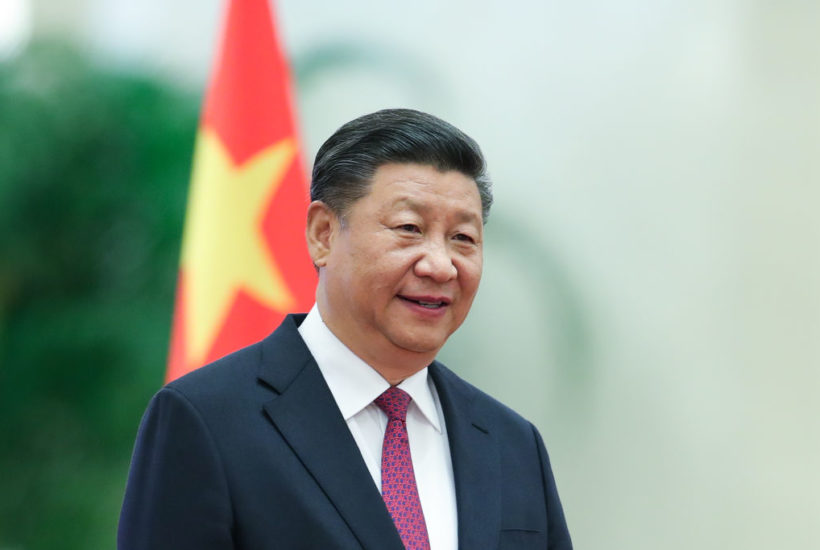 What started out as one of those trade wars that Donald Trump believes are ‘easy to win’ has turned into a far broader confrontation between the US and China which is set to expand and deepen further.

In his no-nonsense manner, the President has brought the era of ‘constructive engagement’ between the world’s two largest economies to a shuddering halt. Gone are the days when successive administrations thought economic growth would make the Chinese and their leaders ‘more like us’. Instead, the last major country ruled by a Communist Party is identified as a strategic competitor whose further economic political and military expansion has to be checked in America’s national interest.

That may seem inevitable given the decades in which the US turned a blind eye to the way China was building itself up, from intellectual property theft to reef-building in the South China Sea. Making up for lost time has unleashed the China hawks in the White House and Congress, leaving the Treasury isolated in its forlorn attempts to continue business with Beijing as before. But if Secretary Mnuchin cuts an isolated figure, nobody has been more shocked by the turn of events than the leadership in Beijing.

It is only a year since Xi Jinping set out China’s claims to have forged a political and economic model that could surpass democratic capitalism as the way ahead. The Made in China 2025 programme was unrolled to claim that the People’s Republic would assume global technological leadership in the coming decade. Xi took to the stage at Davos and other international conferences to proclaim that China was the standard bearer for globalisation, openness and fighting climate change. Now those claims are coming under sustained fire from Washington and China is finding that the old medicine of making minimum concessions to the US while being allowed to get on with political and economic business as it wishes no longer works as it used to – whether it is trade, acquisition of American companies or blocking arms supplies to Taiwan.

‘When a trade conflict spills over into other aspects of bilateral ties, the consequences become hard to predict,’ the state newspaper China Daily, wrote this week. Unpredictability is something Xi and his colleagues abhor. But they are now in a deeply uncertain world.

They have no friends in Washington these days. Their room or tit-for-tat reprisals for US tariffs is limited given the imbalance of imports by the two countries. They do not want to alienate big US companies operating on the mainland by making life more difficult for them, hoping for corporate lobbying to limit the trade war. They cannot compromise on the state-led politico-economic model topped by the Communist Party since this is the pillar atop which Xi and the Party sit. They were clearly caught out by Trump’s veto of the agreement reached by Secretary Mnuchin and Chinese envoy Liu He in May, but it is not in the nature of the ruling group to admit to anything short of infallibility.

China will batten down the hatches, blaming the US for economic problems that it would have faced in any case and calculating that slower growth can be sold to the population as inevitable. Beijing will seek friends in defence of globalisation and the other mantras Xi likes to unroll, even if these ring more than a little hollow given its defence of domestic markets, obstruction of foreign businesses and maritime expansion. It will denounce America for aiming at containment and speak of Trump starting a new cold war – both of which he might be quite happy to acknowledge.

When he proclaimed a new era for the People’s Republic at the Communist Party’s Congress last October, Xi was full of confidence for the future. This year has, indeed, brought a new era. However, it is not what China’s leaders expected.

Above all, they will be troubled by the challenge the American offensive poses to the system built up to rule the world’s most populous nation over the last 70 years. Defending that system is the first priority for Xi and the Politburo around him. They cannot give ground without imperilling Communist rule with Chinese characteristics. That means this conflict will get ever wider and more ugly as a systemic test of wills.

Jonathan Fenby is author of Will China Dominate the 21st Century?