Closing time at the Stone trial

US attorney describes Stone’s defense as ‘smoke and mirrors’ 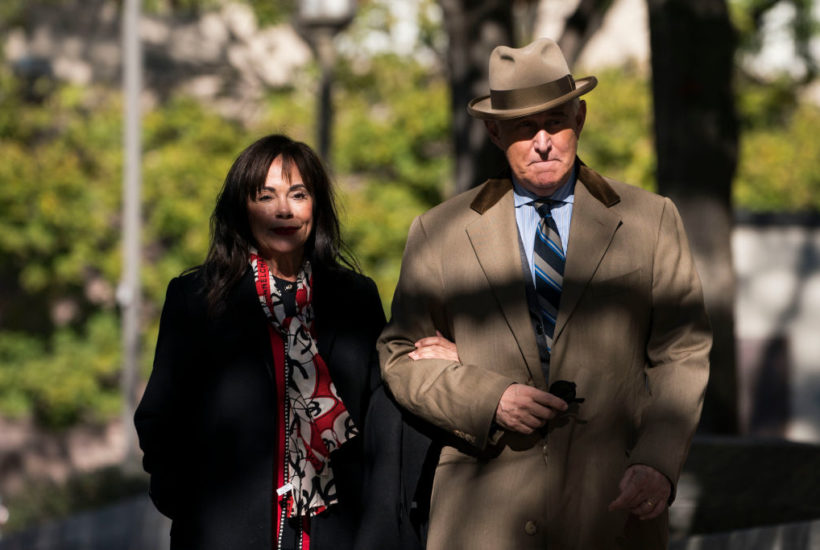 As Washingtonians filed into bars for impeachment happy hours on Wednesday morning, Cockburn headed to Washington DC’s US District Court to hear the closing statements for the trial of Roger Stone.

Mr Stone faces charges of obstruction of a congressional hearing, lying to congress, and tampering with a witness. The government’s case centers on a September 2017 House Intelligence hearing, in which federal prosecutors allege Mr Stone lied about his connections to Wikileaks and his communications with the Trump campaign.

Referencing phone records between Mr Stone and then-candidate Trump, and testimonies from former Trump campaign officials Steve Bannon and Rick Gates, the prosecutor argued that Mr Stone lied to Congress about providing leaked information about Hillary Clinton to members of the Trump campaign.

After a brief break, the packed courtroom heard a closing statement from Mr Stone’s defense attorney, Bruce Rogow, who argued that there was ‘no motive’ for the alleged crimes. According to Rogow, the congressional hearing occurred several months after Trump became president, so Stone had no compelling reason to protect the Trump campaign.

Speaking to the jury, Rogow told the jurors that if they ‘hesitate’ about the ‘conclusions’ of the government, then they have ‘reasonable doubt’ and should not provide a guilty verdict.

In a brief rebuttal, a US attorney argued that the defense’s closing statement was ‘smoke and mirrors’, adding that ‘the evidence here is written down for you’.

Cockburn, admittedly, is not a legal scholar and will refrain from guessing the eventual verdict. He will note, though, that Mr Stone is lucky to be a ‘longtime associate’ with the only person in the world that can pardon a federal crime.