Let’s admit that comedy is problematic 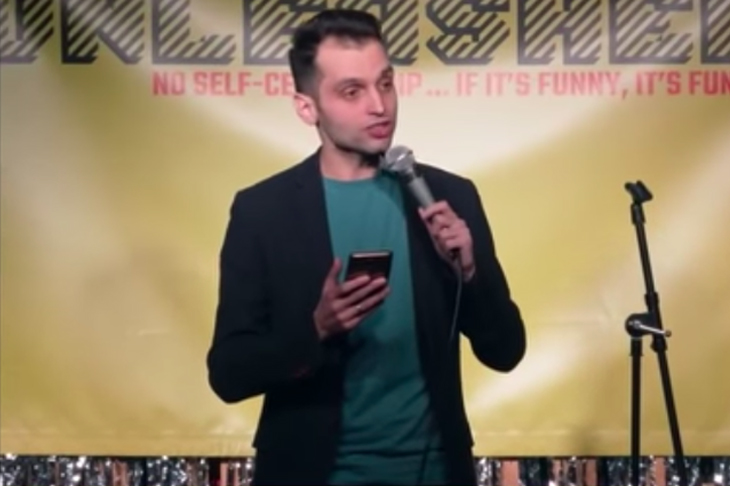 ‘Songs of joy and tears of laughter are all we need, to lift our hearts – Godfrey Elfwick’

I penned the above quote for an article in my university’s weekly student magazine ‘Wotz Woke?’ while trying to combat the negative effects of Trump and Brexit. Since then however, things have changed, and my outlook on ‘tears of laughter’ has altered drastically. When it comes to comedy these days, ‘tears of laughter’ has become merely tears.

This week, a ‘stand up comedian’ by the name of Konstantin Kisin was handed a very reasonable contract by the School of African and Oriental Studies (SOAS) in London, organized by university society Unicef on Campus. The contract (pictured below) stipulated very clearly that his comedy act must abide by a strict set of rules in order to spread joy and happiness. 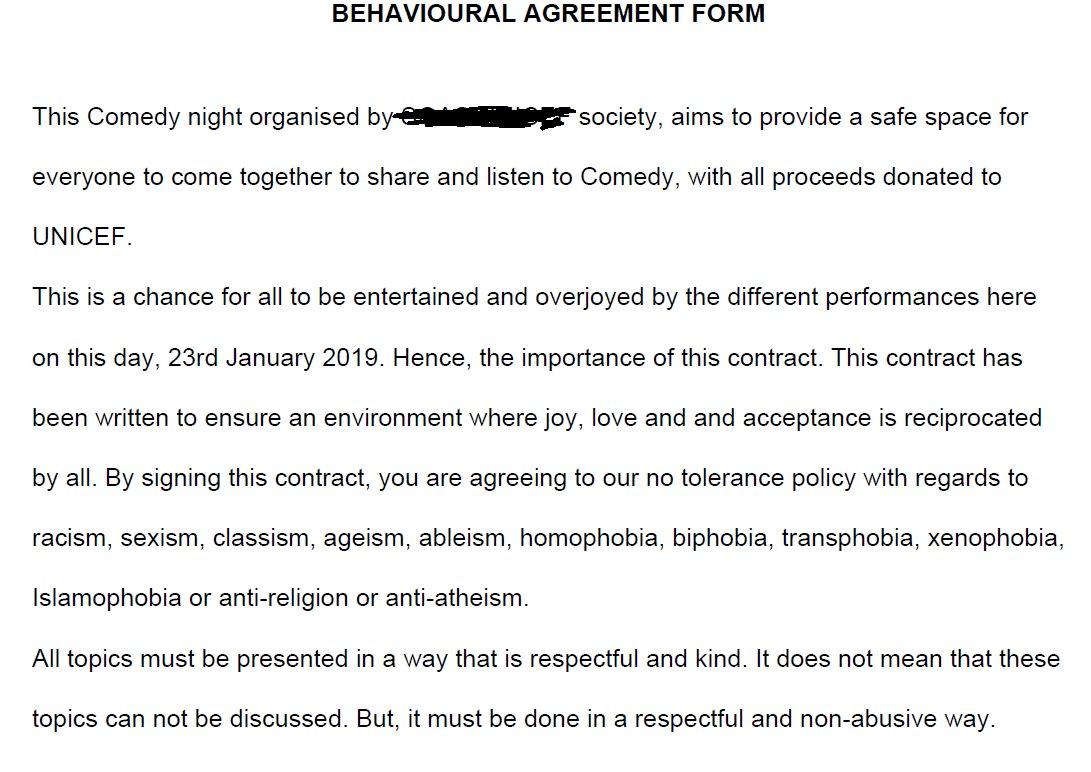 Instead of signing this perfectly legitimate agreement, what did Konstantin do? He ridiculed it! A comedian actually made fun of something which was meant to be taken completely seriously. You honestly couldn’t make this up! Here he is doing a ‘stand up comedy’ routine about it:

I am literally shaking with rage at the thought of a room filled with people mocking the need for safe spaces. It’s like encountering hundreds of micro-aggressions all at once, like tiny paper cuts embedding themselves into my crevices. The first time I saw that clip, I zipped myself into my portable isolation chamber and ate nothing but tinned pineapple until the fear subsided.

It’s time for us to admit that comedy is a problem. For too long comedians have got away with making light of issues using the flimsy excuse of it being their job to make people laugh. Like ‘free speech’, comedy is now a far right dogwhistle. The Internet is filled with unregulated and dangerous comedy. Laughter has become a weapon, with sharpened japes and poisoned memes its ammunition.

For a while now, the wokest and most progressive of us have forgone humor. Hannah Gadsby being the first to perform a brave anti-humor show on Netflix, setting the bar as low as possible when it comes to not making people laugh. In the US, they made the decision to remove Roseanne Barr from the Roseanne show which stripped it of all traces of toxic wit, thus saving people who may have otherwise been mentally scarred by a stray wisecrack. It’s been cancelled now of course, but that only proves that the far right is scared! They fear our refusal to take a joke. They quake at our ability to find the most innocuous one-liner offensive.

I have been working on some anti-comedy myself as a way to help fellow progressives wean themselves off the pernicious need to laugh. Think of it as the vape equivalent to comedy if you will. See what you think:

Why did the chicken cross the road?
To explain to the homeless white guy that despite his current circumstances, he still enjoys more privilege than most minorities in the United States today.

Doctor doctor, I feel like a pair of curtains!
I’m sorry, but due to cuts in the NHS mental health budget, I cannot help you at this point in time. Blame the Tories and vote for Corbyn in the next general election.

My dog has no nose.
Oh God that’s awful.
I know, I got her from a shelter where she was being looked after due to being mistreated by a previous owner.
Well it’s good that you chose to adopt instead of buy, I wish you both well.
Thank you.

What do you call a man with a seagull on his head?
After ensuring the man is alive and alert, you call the RSPCB because the bird may very well have an injury.

I have not laughed or even cracked a smile since Trump won the election, and no amount of far-right ‘comedians’ are going to change this. I will leave you now as I have a ticket for a Kate Smurthwaite gig, safe in the knowledge that her sanitized material will leave me delightfully indifferent.