A financial boycott could send a message to liberal universities 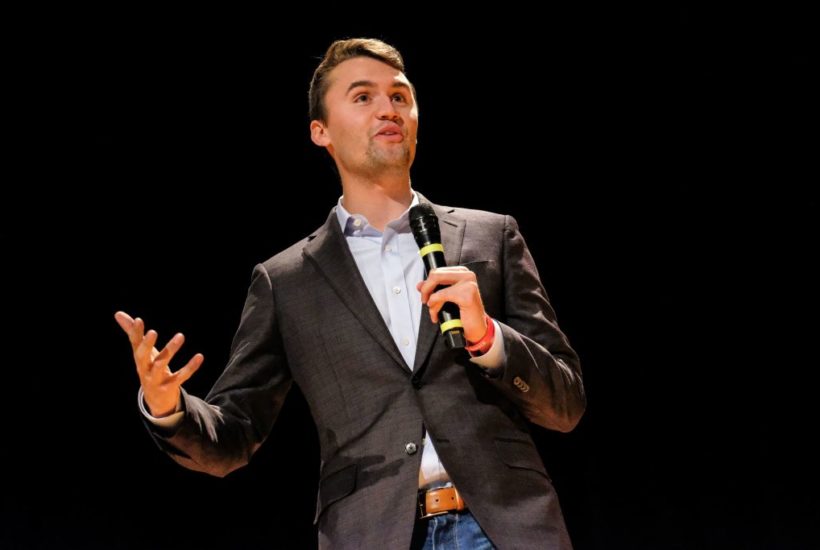 Conservatives are starting to vote with their wallets when it comes to countering the leftist bent of college campuses.

Turning Point USA, the student-focused conservative nonprofit, recently announced its new project, ‘DivestU’, which encourages conservative Americans to stop donating to their alma maters. The idea? To show that left-wing bias will no longer be tolerated. The move comes at a time when universities anticipate financial struggles as a result of the COVID-19 pandemic. President Trump even threatened earlier this month to reconsider the federal funding and tax-exempt status of universities that ‘are about Radical Left Indoctrination’. Do conservatives finally have the attention of the liberal elite that run the nation’s colleges?

TPUSA founder Charlie Kirk tweeted Sunday that his organization’s efforts had already divested $13 million in funds in less than a week after launching.

Cockburn, a supporter of this noble cause, used his connections to see if the project is legit. A TPUSA spokesperson told Cockburn the figure tweeted by Mr Kirk is from a number of donations that were mostly from internal connections and were thoroughly fact-checked to ensure the pledged ex-donors actually gave money in the first place. So that’s good

The goal of the project, according to the spokesperson, is to spark more than 1,000 divestments totaling $1 billion. The organization’s website has a form for relevant university donors to fill out. TPUSA staff then reaches out to confirm that the individual has previously sent funds to the stated university and plans to stop doing so. The spokesperson said that the funds are not required to go elsewhere, although a TPUSA donation tab is featured on the rightward column of the DivestU webpage.

PragerU, a conservative nonprofit that produces educational videos on popular political and cultural issues, was originally set to corroborate on the project, but the plan fell through, according to the spokesperson. Still, PragerU features a page on DivestU with a form of its own, but the TPUSA spokesperson said the page is not used and will likely be taken down soon. The PragerU page encourages users to fill out their name and email in addition to the amount of money they plan to divest from a noted school. After filling out the form, the user is taken to a donation page for PragerU. Cockburn also noticed an amusing typo:

‘I am a perspective or current donor to a University and am pledging to stop giving to an institution that no longer supports my values.’

There’s something rather amusing about the idea of Kirk, who dropped out of community college to become a political activist, using his college-focused organization to convince people to stop giving money to colleges. How far should conservatives go in sending a message to leftist university administrations? Should they refrain from even sending their kids to college? Perhaps they should.

But the subject of left-wing campus bias is no laughing matter. Study after study shows a dire lack of conservative brainpower in American universities. A 2016 study by Econ Journal Watch found that among leading US social scientists, Republicans are outnumbered by Democrats 11.5 to 1. This includes 20 to 1 in journalism departments and 33.5 to 1 in history departments. No wonder campuses are filled with ‘triggered’ students who demand ‘safe spaces’ — they’re accustomed to only hearing one side of the story.

Cockburn is wary of the grifter tendencies of some college conservative groups. But in this instance props are due to TPUSA for checking the progressive nonsense spoiling universities across the country.