A weaker EU is not necessarily more accommodating: perhaps the contrary 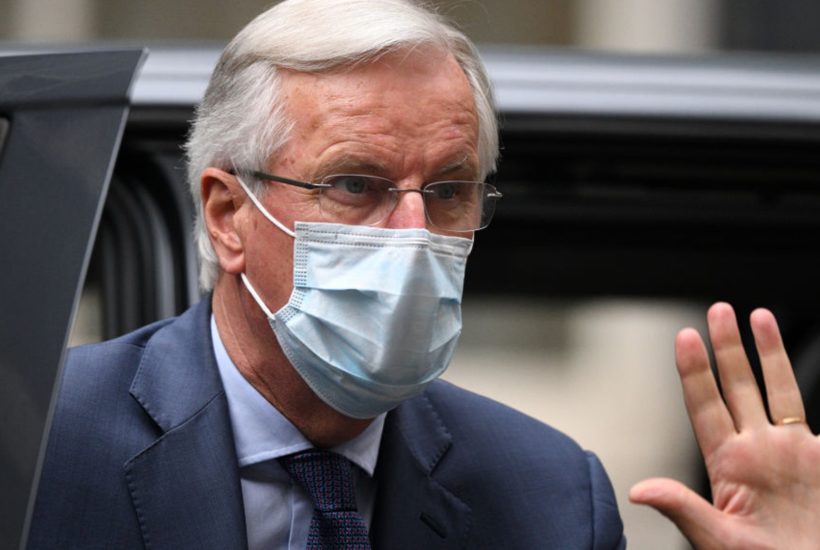 Politics begins and ends with sovereignty: the duty and right to make the legitimate final decision. We have seen this clearly during the pandemic. In every country, people have come to depend on their governments, whose authority rests on acknowledged sovereignty. This is as true, or even truer, in democracies: while monarchs and aristocrats could dispute sovereignty — and, where it suited them, divide up the cake amongst themselves — in a democracy there can only be one ultimate sovereign: the people. No sovereignty, no democracy.

For years we have been told the illusion, if not a fraud, that sovereignty can be ‘pooled’. Who takes the final decision when sovereignty is ‘pooled’? If we cannot answer that question, then it shows the fallacy.

Some have argued that there have been historical examples of pooled sovereignty, often citing the Holy Roman Empire, which exercised a largely theoretical judicial supremacy over Germany until it was abolished in 1806. It’s strange for this kaleidoscope of feudal and dynastic confusion to be put forward by some as a model for 21st century Europe.

And the EU? As soon as it is put to the test, most obviously by the COVID-19 crisis, ‘pooled’ sovereignty proves to be no sovereignty at all; at once the truly sovereign bodies ­— however incompetent some of them may be — reclaim the right to act in the interests of the peoples they embody. The German constitutional court has recently asserted this very principle.

The successors of the mini-states of the Holy Roman Empire that now form a large part of the EU — or at least some of their political theorists — might feel some nostalgia for the days when no one was quite sure where sovereignty lay, and so decisions were reached (or avoided) by long and secret diplomatic negotiations, or even longer legal wrangling.

But that has never been the case of the peoples of these islands. Our history has left its mark: rightly or wrongly, we want to be masters in our own house. Scottish patriots are rightly proud of the Declaration of Arbroath. The English, similarly, of Magna Carta. Medieval English monarchs, and their subjects, were very unhappy to be vassals of the Kings of France for the territories they held across the Channel. Even if they were often stronger than their legal overlord, the humiliation of having to accept a higher jurisdiction was something that galled. And when the French kings began to exploit their legal powers to undermine English rights, it led to conflict. In the end, it caused the Plantagenets to reject this inferior status and claim the crown of France themselves — the only way out of vassalage.

Does this have any meaning today? Although worldly-wise diplomats claim that sovereignty is meaningless in our global world, the negotiations between the UK and the EU have come down to that very thing: sovereignty, the be all and end all of politics, the right to make the final decision.

The dispute over fisheries shows this in the most elemental way: who owns and controls places and resources? It does not stop there, of course. Who runs the economy? Who decides taxes? Who makes the rules? What is the status of Northern Ireland? Finally — the origin and essence of sovereignty — who lays down the law? Ordinary citizens sense this intuitively, for we all want a government that represents us and listens to our needs.

A recent poll in ‘Red Wall’ constituencies — those that gave such an emphatic majority to the Conservatives in ‘getting Brexit done’ — shows that most people want a prompt end to the Transition Period (TP), and two-thirds of voters who switched from Labour to Conservative in the 2019 general election believe that leaving the EU will give back our independent sovereignty.

On this very question, the EU negotiators have completely reversed their position since 2016. At first, the EU insisted that the UK be treated as a ‘third country’ after Brexit, left ‘lonely on the edge of the Atlantic’ and without any special relationship (‘cherry picking’).

Later, when the Johnson government said a third-country status was exactly what it wanted, the EU insisted that on the contrary the UK must accept a special relationship because of its ‘economic interconnectedness and geographical proximity’.

The EU’s demands for a continued Common Fisheries Policy, a ‘level playing field’, a supervisory role in Northern Ireland and sole jurisdiction by the EU Court of Justice amounts to an assertion of sovereignty. This has been pointed out by Boris Johnson and David Frost, who have insisted that the EU should negotiate as sovereign powers or no progress is possible.

So what is going on? The EU have been making demands that has no parallel in relationships between democratic, sovereign states. It is demanding an unequal relationship which invites indignant language about vassalage and colonial status: ‘unequal treaties’ were what Western powers forced on the Chinese Empire in the 19th century. But they at least had some excuse: Chinese law and punishment were seen as antithesis to 19th century progressive ideas, and ultimately the West aimed to integrate China into the international system with mutual diplomatic recognition and free economic relationships. What is the EU’s pretext today?

In Barnier’s words, ‘geographical proximity’. This is what 19th century powers, and some even today, called ‘spheres of influence’: a large state asserts exclusive rights and even ultimate control in what they claim as areas of special interest. A limitation of sovereignty, in short.

In the past, Britain claimed a ‘sphere of influence’ in Afghanistan and Nepal; Russia in Central Asia (and Putin’s Russia today in Ukraine and the Caucasus); the United States in Central America; France in North Africa. Is this not now simply archaic? Yes, of course, and an insulting contempt of democracy.

But surely modern EU leaders cannot be thinking in such an archaic way, despite Verhofstadt’s neo-imperialist rhetoric? Think again. Some European politicians and diplomats have long considered the advantages of a ‘multi-speed’ Europe. The French, who do most of the EU’s thinking (especially when it serves France’s interests), have long hankered after a ‘Europe of concentric circles’: they and Germany, plus the Benelux countries, would be in the middle (and, of course, run the show); there would be an outer circle of those who could not quite keep up; then again a ring of satellites, revolving around the core: Turkey, North Africa, and — now it would seem — the United Kingdom.

The satellites cannot be allowed to leave their orbit and, as the Swiss are finding, efforts are made to pull new satellites into the EU’s gravitational field.

As Michel Barnier sees it, a post-Brexit Britain must slot into this outer circle: its laws must conform to EU laws; it must be an auxiliary, not a rival; its wealth and power must continue to be harnessed to the Continent. In economic theory, this is the ‘gravity model’ — countries necessarily trade mostly with their closest and biggest neighbors.

The European vision has now visibly faded. The COVID-19 crisis has exposed the weaknesses of every state and system — including ours — and it has hit the EU where it is most vulnerable. It has shown up the weakness of the much-praised solidarity between member nations, and it continues to aggravate the insoluble financial and economic problems inherent in the Eurozone.

Does that mean that Britain is in a strong position for negotiating future relations with the EU? Yes, certainly, as long as we play our cards resolutely. But a weaker EU is not necessarily more accommodating: perhaps the contrary. Its leading politicians realize the perils of their present situation and the need to limit British freedom of action; to hold Britain within their sphere of influence, not least because of their dire financial needs.

Can they not see that the EU is too weak and the UK too strong for such a relationship to be sustained? Fortunately, the government gives every sign of knowing what is at stake, and of being willing to defend a sovereignty on which so many people’s future prosperity and security depends.