The current crisis could see the end of the petrodollar 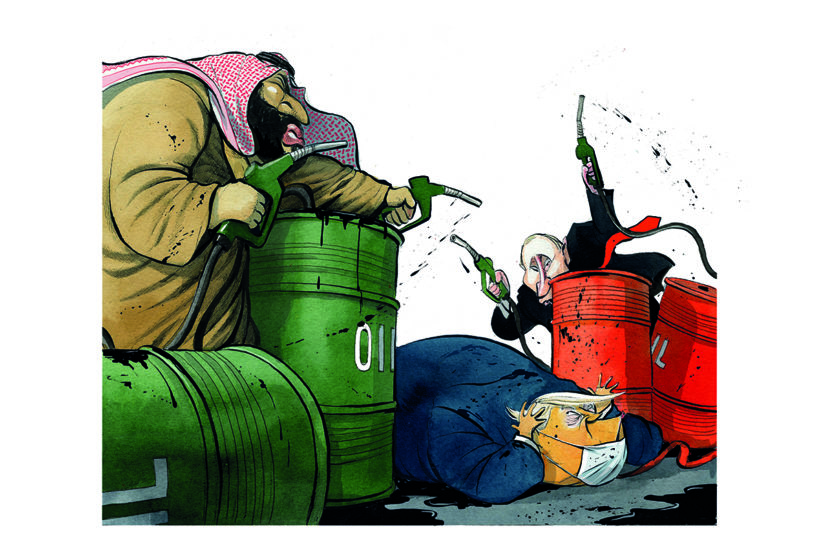 In a cover story for The Spectator that appeared just after Saudi Arabia launched an oil war against Russia in March, I wrote: ‘One wonders how Donald Trump — who hates personal disloyalty more than anything — will react when he wakes up to the fact that the Saudi leader he has stuck with through thick and thin is now out to destroy the domestic industry Trump is most proud of.’

By the first week of April, Trump was so concerned about the impact of dramatically lower prices on the domestic fracking industry that he called the Saudi leaders and gave them a stark ultimatum. Unless they pressured OPEC members to cut oil production, he would be powerless to stop lawmakers from passing legislation to withdraw US troops from the kingdom.

When Trump made the call, there were bills being introduced by numerous Republican senators and also by congressional leaders threatening to punish Saudi Arabia over a failure to cut oil production by removing all US troops from the kingdom within a month, including crucial anti-air defense systems.

Effectively, Trump intimated that he would cut US defense ties with Saudi Arabia. It was the first time that an American president has considered terminating the oil-for-security alliance between the two countries since it was established 75 years ago. In doing so, Trump reportedly gave the kingdom’s de facto leader Crown Prince Mohammed bin Salman such a bitch-slapping that the latter ordered his aides out of the room so he could continue the discussion in private. This is hardly the outcome bin Salman had anticipated when an earlier furious phone call — this one between him and Vladimir Putin — degenerated into a shouting match just before Riyadh decided to flood the market with oil. Then again, Bin Salman is notorious for not thinking before acting.

Neither the US nor Saudi Arabia, then, emerged victorious. US gas and oil producers, now having to pay to have the oil they produce taken off their hands, are heading for bankruptcy and government bailouts. But Saudi Arabia is having to double its debt to balance the budget, while kissing goodbye to more than $12 billion — seven percent of the country’s non-oil GDP — because of the cancellation of religious pilgrimages. (No one now expects the annual hajj in July to take place, especially since reports suggest that up to 70 percent of Mecca’s population is infected with COVID-19.) Already Saudi Arabia’s government had unveiled stimulus measures amounting to $32 billion following the double blow of the coronavirus crisis and lower oil prices. Suddenly, the kingdom’s estimated reserves of $500 billion do not look very impressive. That is the estimated cost of just the futuristic Neom city that is the centerpiece on the Saudi 2030 Vision aimed at transforming the economy away from oil dependence.

So could the oil price crisis radically redefine US-Saudi relations as Trump grows increasingly furious in the run up to the November election at the continuing impact of low oil prices on the economies of crucial battleground states? Superficially, yes, but not in a fundamental way. The main problem now is the lack of demand, and there is no magic solution available to solve that. And while Trump successfully called the Saudis’ bluff this time round by threatening a military withdrawal from the kingdom, that is not going to happen for two crucial reasons.

The most obvious is that such a move would terrify Israel by playing right into Iran’s hands. The other is that, backed into a corner and with nothing to lose, the Saudis could play their own trump card and announce that, since the special relationship was over, they would stop selling oil in US dollars. Since Nixon took the US off the Gold Standard in 1971, the ‘petrodollar’ has reigned supreme as the world’s reserve currency. Any move by the Saudis to undermine it would end that status and result overnight in the dollar’s collapse. It sounds like an apocalyptic scenario, but given bin Salman’s fiery temperament only a fool would rule out such a knee-jerk reaction on his part.