‘That’s the viral test. I’m talking about the antibody test’ 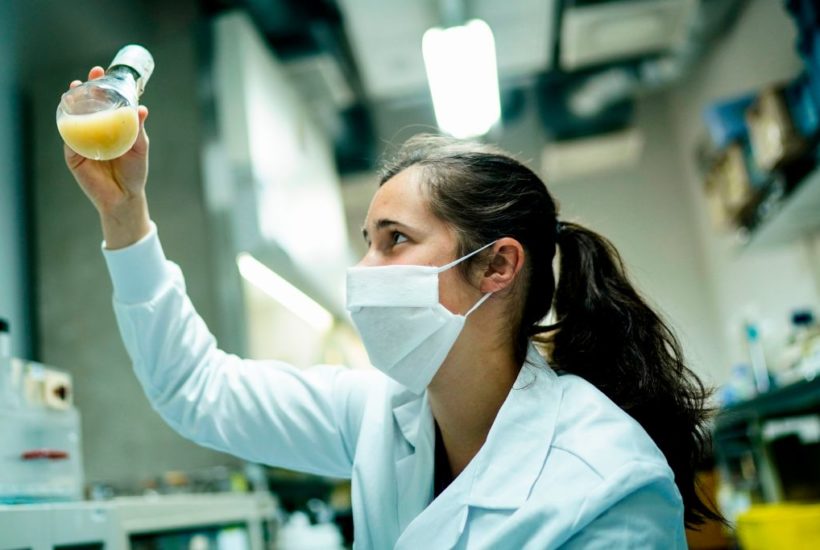 COVID-19 may have prevented us from going to bars and talking nonsense, but there’s nothing to stop us drinking at home and talking nonsense on Zoom. Problem is, COVID information is multiplying faster than a virus on a vagrant’s tongue. Here’s 11 tips for bluffing your way through the greatest challenge in our lifetimes: sounding like you know what’s going on and what to do next.

‘What do they know of COVID who only COVID know?’ Rudyard Kipling might have asked if he’d licked a pole on the New York subway and spent a few days in bed. Remember that bug you had last December, January or February and thought was food poisoning or a head cold? You now realize that you were a first-wave COVID catcher, and that you started to feel sick after stroking an Italian.

Dr Shi is the Wuhan-based virologist who collected bats in the caves of Guangxi province and got covered in bat urine and feces while she was at it. No one knew who she was until March, but now you’re deeply familiar with her work. Casually mention key facts like, ‘You don’t just walk in with a butterfly net and nab one. In one frustrating week, the team explored more than 30 caves and saw only a dozen bats.’ Do not mention that the last sentence is a direct quote from the Scientific American article that constitutes your entire fund of Shi Zhengli knowledge. In fact, best not mention that Scientific American article at all.

They don’t just wander into the lab and dunk their fingers into a dipping bowl of bat piss. The Wuhan Institute of Virology (not to be confused with the Fashion Institute of Technology) is the first of China’s high-safety biolab facilities. As many as six more are on the way. Imagine the fun we’re going to have. Do not say, ‘Obviously, they left the stuff lying around in a jam jar.’ Do say, ‘The WIV is a fulminant disease pathogen storage facility. Infectious solid wastes in a BSL-4 lab are usually disinfected in a two-leaf high-pressure sterilization pot and then incinerated.’

The official explanation traces the origins of the global pandemic to a stall in the Wuhan wet market that sells bat sushi, seasoned the traditional Wuhan way, with a squirt of mucus from the musk gland of a live pangolin which has been suspended over the counter by its forepaws. No one believes this: the pangolin’s musk gland is tiny, and there aren’t enough pangolins in Hubei province to season the quantity of bat sushi eaten each day in Wuhan. The beauty of ‘You know what those wet markets are like’ is that it implies you waded through a few while backpacking in East Asia after college. Proceed to 5) before it emerges that the closest you’ve been to a wet market is the fish counter at Whole Foods Market.

Nothing suggests you know your bat blood from your pangolin spit than having Li Han of the Wuhan Institute in your contacts. Li is the human face of the WIV, which means he’s the masked face too and probably can’t stop coughing either. His contact details are on the WIV’s website. If you have a research proposal involving Ebola and the crash of the global economy, drop him an email or call him. Then wash your hands for 20 seconds.

6) ‘We need a global strategy to fight Sars-CoV-2’

As with magic, the bluff works best when it calls the enemy by its full name. You don’t call it ‘the coronavirus’, because you know that, as always, there are other coronaviruses in circulation. You used to call it ‘COVID-19’, but that’s now for the herd. When they catch up with you, consider retaining your patina of expertise by going full circle and calling it ‘the ’rona’, as if you, like many researchers and all patients, are on intimate terms with the virus.

7) ‘But what about the second spike?’

Three months ago, you thought the second spike was a basketball trick. Now, you know all about it even though it doesn’t yet exist. You have to hedge your bets on this one, in case coterminous factors — warm weather, herd immunity, witchcraft — reduce the number of second-spike casualties. This question should be delivered in a calm, concerned tone that belies inner screaming panic at the thought of being locked up for the rest of your life with intermittent WiFi.

This is pro-standard data-crunching. ‘R’ is the rate at which the disease reproduces itself. If that number rises above 1, then the number of new cases will ‘threaten to overwhelm ICU facilities’. When Germany lifted its lockdown, people in rural communities held orgies and the bishop of Cologne presided over a Satanic mass. The resulting contact drove Germany’s R to 1.1 within days. If they carry on like that, they’ll be back inside by the end of May. If you pull this off this statistical bluff, your credibility will be so enhanced that your audience will listen attentively as you introduce your preferred conspiracy theory on the virus’s ‘real origins’.

9) ‘The Swedish model is herd immunity by any other name’

While other countries locked down and destroyed their leisure economies, Sweden’s health minister Britt Ekland encouraged her compatriots to keep on eating reindeer stew in saunas. The result was funeral pyres in central Stockholm and cannibalism in Malmö, but at least the IKEAs stayed open. Secondary bluffs for this topic include ‘population density’ and ‘multi-generational households’.

10) ‘We can’t dismiss the possibility of a leak’

You feel that the wet-market story doesn’t make sense, but you don’t want to admit you’ve been up in the small hours, googling ‘Mossad corona’ and ‘China chemical weapon’. Time to lather up and sharpen up the razor. That’s Occam’s Razor, named for William of Occam, the medieval English philosopher who said that the shortest explanation is usually the most accurate. Step nimbly past the rabbit holes of conspiracy theory with William of Occam and plant the origins of COVID-19 in the ‘known unknowns’ file. But don’t actually say ‘known unknowns’. You don’t want your bluff to remind people of Donald Rumsfeld’s bluff.

11) ‘That’s the viral test. I’m talking about the antibody test’

This is the COVID-19 of bluffs, a devastating claim to authority that will ravage your rival’s argument. Do not handle this bluff unless you have taken the necessary safety precautions. You will need to memorize the difference between the viral test, which tells you if you have a current infection, and the antibody test, which tells you if you’ve had a previous infection. It sounds simple enough, but exposure to this topic may lead to feverish bouts of statistics. The safest option is to write the percentage rates for positive viral tests and new infections versus deaths on the palm of your hand. You’ll be able to read the numbers when you smack your forehead.

Dominic Green is Life & Arts editor of Spectator USA. He thinks he had it in December.