Life Magazine May 2020 The Month

Survival of the richest 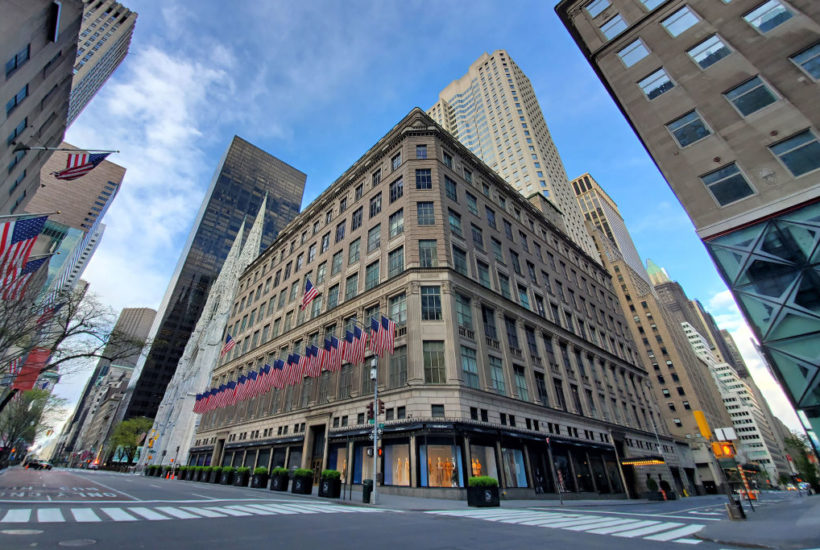 For those of us who think the American authorities have overreacted to the coronavirus outbreak, the gag is that SARS-CoV-2 is a virus with great PR. How else to explain its success in terrorizing people, even though, to date, it has killed around the same number of people in the US as influenza did in 2017-18 (80,000)?

But that’s not the only respect in which the virus resembles a New York socialite. It’s also a terrible snob. Turns out, the lower your socioeconomic status, the more at risk you are of catching COVID-19. According to an analysis by the New York Times, the top 10 percent of income earners in America’s 25 most populous metropolitan areas started social distancing some time before the bottom 10 percent. That helps explain why in New York City, the neighborhoods with the most confirmed cases are in areas with the lowest median incomes.

At the beginning of April, the NYC Department of Health and Mental Hygiene published a breakdown of coronavirus cases by zip code. The areas with the highest number of cases are clustered in Brooklyn, Queens and the Bronx, while white upper-middle-class neighborhoods in Manhattan have the fewest cases. As of April 4, more than 20,000 people had tested positive for COVID-19 in Queens, while fewer than 500 had tested positive in Manhattan. Nineteen of the 20 neighborhoods with the fewest positive test results are in wealthy ZIP codes.

Dr Jessica Justman, an epidemiologist at Columbia, attributes the higher rate of infection among the city’s low-income residents, as well as immigrants, to the fact that many of them live in small apartments with large families. ‘I think unfortunately this is showing how devastating that can be,’ she says.

Not only are people on low incomes likely to have less living space, making it harder to persuade them to self-quarantine, but they’re less able to work from home. For most white-collar professionals, working from home isn’t that big an ask. It just involves replacing face-to-face meetings with Zoom. But for a blue-collar worker, that’s not an option. They have to commute to the construction site or the factory. Some will have been furloughed as lockdowns kick in, but others are continuing to work, particularly those in key positions, such as carers and first responders. That means more exposure to the virus.

Another factor affecting the higher infection rate among the bottom decile of income earners is they’re more likely to be suffering from poor health. For instance, there’s an inverse relationship between income and obesity in the US, and those suffering from obesity are more likely to succumb to COVID-19 due to higher rates of associated conditions like diabetes and heart disease. An NHS survey in the UK found that 76.5 percent of critically ill coronavirus patients are overweight.

Sars-CoV-2 is a racist virus, as well as a snobbish one. As I write, New York hasn’t published data showing deaths by race, but Michigan, Illinois and North Carolina have, and a clear pattern is emerging. In Michigan, African Americans make up 14 percent of the state’s population but 40 percent of coronavirus deaths. In Milwaukee County, the disparity is even greater. African Americans make up 26 percent of the county’s population and 81 percent of its COVID-19 deaths.

It’s beginning to look as though coronavirus is just another means of perpetuating white privilege, but there are at least two respects in which it departs from the intersectional script. First, and most obviously, it’s more likely to kill men than women. Various feminists have tried to make the case that women have been hit harder by the pandemic than men, pointing to the higher risk of exposure in professions dominated by women, such as nursing, as well as having to bear the burden of increased housework. But that’s a difficult position to sustain, given that twice as many men have been killed by the virus as women. Privileged white women are the least vulnerable demographic, not privileged white men.

In addition to misandry, Sars-CoV-2 appears to suffer from anti-Semitism, not a form of discrimination that social justice warriors care about. Jews are over-represented in the coronavirus statistics, both in the US and the UK, thanks to a variety of factors. The average age of Jews is higher than the national mean, they tend to live in cities and they generally occupy close-knit communities, enjoying more social contact than other religious and ethnic groups. But the Jews most at risk are the Haredim, with a recent headline in the Israeli newspaper Haaretz claiming that coronavirus is ‘the greatest challenge to ultra-Orthodox Jews since the Holocaust’.

Haredi communities have been among the hardest hit in Israel, thanks to a delay in the introduction of social-distancing measures and the difficulty of enforcing them. One medical expert estimated that as many as 38 percent of the city of Bnei Brak’s roughly 200,000 mostly ultra-Orthodox inhabitants could be infected. Israeli police officers have been reduced to infiltrating ultra-Orthodox synagogues by disguising themselves as Haredim and then attempting to disperse the crowds by imposing on-the-spot fines.

For those groups most at risk from the virus, however, there may be a silver lining. If, like me, you believe the infection fatality rate is somewhere around 0.2 percent, about twice as high as seasonal flu, being exposed to the virus won’t have a devastating impact on your community. On the contrary, it will mean your identity group is among the first to develop herd immunity, thereby enabling you to abandon social distancing and return to work. In a world divided between those who have had COVID-19 and recovered, and those still cowering in terror in their homes, members of low-income groups may suddenly find themselves at the top of the social hierarchy.