What an awesome line-up! Check out the schedule here 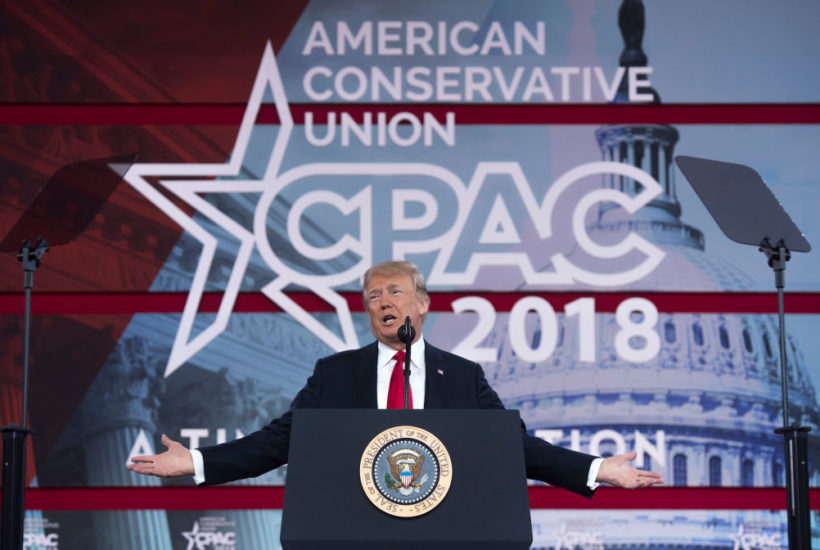 Later this week, the Conservative Political Action Conference will convene for its annual gathering. Spectator USA has obtained a final copy of its official schedule. We are reprinting it here for the first time, in its entirety, and without comment.

9:00 AM — From Edmund Burke to Charlie Kirk: Reflections on the Revolution in Lib Owning
An address by TPUSA founder Charlie Kirk

10:00 AM — LOCK ’ER UP: The Case Against Hillary Clinton
An interpretative dance by the cast of Duck Dynasty and legal analyst Gregg Jarrett

11:00 AM — A Doctor’s Take: Why Only Beta-Males Vaccinate Their Babies
Dr Sebastian Gorka interviewed by Darla Shine

12:00 PM — A Spanish Feast: A buffet of taco bowls flown in from Trump Grill

3:00 PM — DOOMED TO REPEAT IT: What conservatives should know about history
A speech by TPUSA’s Candace Owens

5:00 PM — A Friend Indeed: From One Great Nation to Another
An address by the leader of America’s number one ally in the Middle East, His Highness Tamim bin Hamad Al Thani of Qatar

9:00 AM — CPAC Debate: Another Reagan or Another Churchill?
Matt Schlapp and Michael Savage go toe-to-toe over one of the most explosive fissure points in the conservative movement today: Is President Donald J. Trump the next Ronald Reagan — or the next Winston Churchill?

10:00 AM — Out of the Mouth of Babes: The Youth Is With Us
The youngest Trump supporters we could find, some not yet even able to talk, make the case for Trump

11:00 AM — Liberal Propaganda: What’s so bad about Irritable Mental Gestures?
An address by Lou Dobbs

12:00 PM — Dine like a president: A buffet lunch of McDonald’s Filet-o-Fish Sandwiches and Big Macs

2:00 PM — Protecting America: An expert’s take on how to fortify our border and protect our country
An address by Surefire Intelligence CEO Jacob Wohl

3:00 PM — You Say Selling Out, I Say Buying In: My life in the Senate
An address by US Sen. Lindsey Graham

4:45 PM — In Memoriam:
A video tribute to past CPAC speakers who have been imprisoned, indicted or thrown off social media for harassment during the past year

Evening Entertainment: Who can spend the most at Trump Hotel DC?
Winner of the contest receives the thanks of a grateful president

Instead of more yapping, attendees will be loaded into work vans and driven to the Mexico Border by their favorite Breitbart News writers (or Ann Coulter) to begin a year long fellowship  finishing President Trump’s Border Wall!