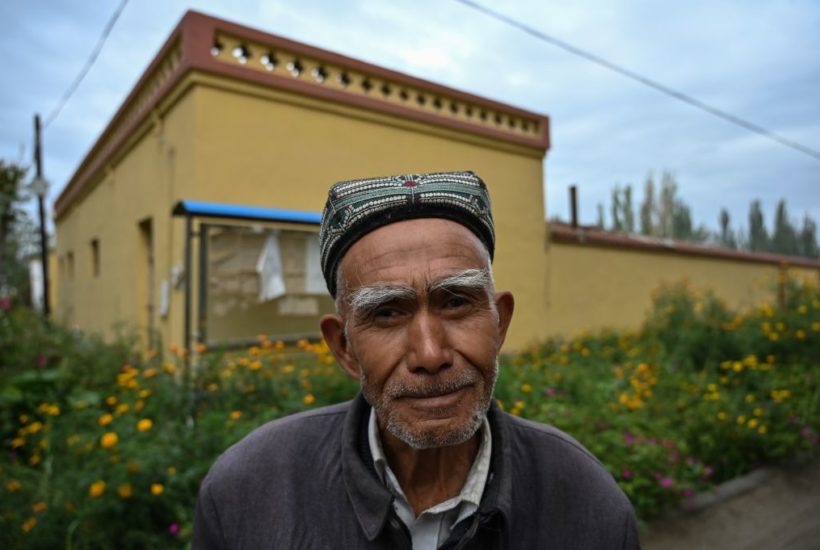 My first personal encounter with victims of a modern authoritarian government came last October, when I sat down with Zumret Dawut and Mirighul Tursun, two Uighur women who survived China’s so-called ‘re-education’ camps in Xinjiang. I was particularly struck by one story from Ms Tursun:

‘She endured several days of beatings and electrocution. Her torturers mocked her when she called to Allah.

‘Your god is Xi Jinping,’ the guards told her.

It is not enough for Chinese authorities to repress faith; they must also replace it with a secular, party-approved deity.

China’s early suppression of the true extent of the coronavirus pandemic reiterated its systematic campaign of religious persecution had made plain: its authoritarian government’s values are at odds with the rules-based order established by the US and its partners after World War Two.

For 75 years, this order has been marked by liberal democratic norms and formal institutions to enforce the system’s rules, all under the auspices of democratic states like the US that stand ready to uphold the system. The rules-based order has guaranteed freedom, peace, and prosperity for millions by advancing human rights, democratic values, respect for sovereignty, and the free flow of goods across the globe. Though far from perfect, this order uplifted millions after the overthrow of fascism in mid-20th century Europe, overcame the Soviet Union, and has continued to resist authoritarian challengers.

China has taken advantage of this system to facilitate its economic rise, while ignoring the fundamental liberal norms of the order. A globalized world economy governed by predictable rules and easy capital flows greatly benefited China after it instituted economic reforms half a century ago, and its population offers both a massive manufacturing workforce and an enticing market for consumer goods.

The results have been impressive: China is now the second greatest economic power in the world, and it has translated its economic might into increased military power. China’s economic and military prowess makes it the foremost rival to the US since the Soviet Union.

But China’s participation in the rules-based order is selective. The PRC should be seen not just as a rival to the US in the global balance of power, but as a rival to the very order the US helped establish and has defended for decades.

China’s record on human rights and its attitude towards truth starkly reveal its continued rejection of the basic norms of the liberal order. Consider the other horrors Dawut and Tirsun described.

Prisoners, Dawut told me, were taught that Islam was not an acceptable religion in China but was instead a poison to the state. To diminish feelings of worry or sorrow, prisoners were forced to take a mysterious pill every day. Before meals, prisoners expressed thanks to President Xi Jinping.

Tursun found scars on two of her children’s necks, where doctors had operated for unknown reasons. While in detention, she saw nine women die and said others never returned after being taken for questioning.

Other people of faith also suffer. Falun Gong practitioners are subject to constant surveillance, placement in forced-labor camps, brainwashing and likely organ harvesting. The pandemic has also not slowed Chinese authorities’ crackdown on Christians. The US Commission on International Religious Freedom recently warned that the pandemic could exacerbate religious freedom violations and lead to a humanitarian disaster with so many people imprisoned in close quarters in internment camps.

China also continues to demonstrate expansionist impulses in its near abroad, even as the pandemic rages around the world. Taiwan has had to scramble to intercept approaching Chinese military jets on multiple occasions in recent months. In the South China Sea, China maintains broad territorial claims, raising concerns about military conflict in the region and freedom of navigation.

And now China’s disregard for truth and norms of cooperation in the world order is bearing fatal fruit in the form of the coronavirus pandemic. Consistent with their violation of human rights, Chinese authorities put saving the face of their government above honesty and a robust early response to the new virus. Their officials then tried to deflect blame for the crisis and pretend the virus’s origins lay in the US. Now, US intelligence suggests the Chinese Communist party are still presenting misleading figures about coronavirus infections and deaths.

The lesson here is clear: the US and its allies cannot accept a world order in which China is the premier power, nor one that permits China to create a sphere of authoritarianism beyond its borders. The US should seek to curb China’s rise not only because it threatens America’s position of primacy, but because it threatens to undo the norms and values of the world America helped to re-build in the mid-20th century.

Moving forward, the US should work closely with its allies to overcome the current crisis, reassert itself as global leader in this time of uncertainty, and invest in sources of innovation at home to unleash the creative spirit of the American people. By strengthening itself and its relationships with its allies, the US will be in a stronger position to engage with China, still looking for areas of cooperation while drawing a clear line in the sand about the inadmissibility of authoritarian values in the global order.