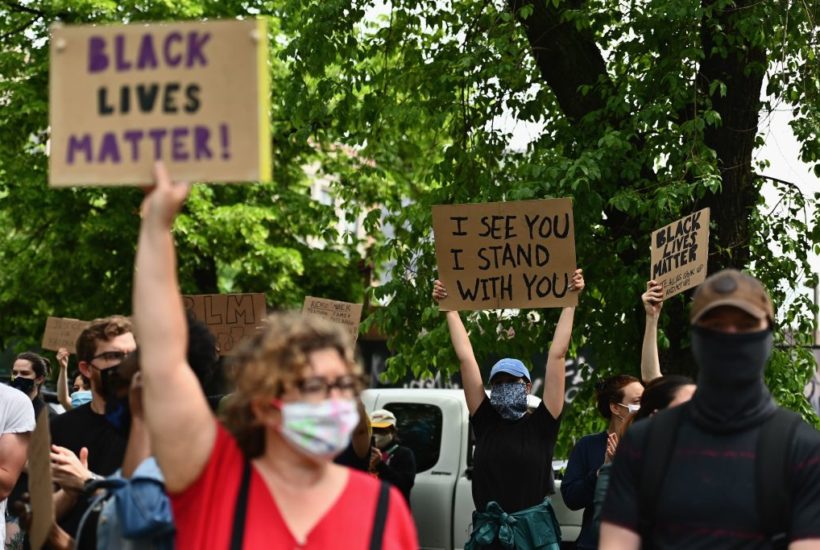 Walk along the leafy streets of any neighborhood in so-called ‘brownstone Brooklyn’ — Park Slope, Carroll Gardens, Brooklyn Heights — and you’ll see ‘Defund the Police’ in many a home window. Owners of $3 million brownstones proudly proclaim their agreement with a fringe policy, designed to remove resources from police squads, as a solution to police violence. How exactly less funding for police will result in better policing is unclear, but virtue signaling of the kind that has rich people pushing for fewer resources for poor people doesn’t get tangled up in the details.

The details are specifically grim. The New York Post reported on Monday that ‘between Monday, June 29, and Sunday, July 5, the city saw 74 shooting incidents with 101 victims’. Those numbers are more than tripled from the same period in 2019.

But the city is largely not gripped in terror. The rise in homelessness and general lawlessness had been a frequent topic of conversation over the last year. The shootings are contained to only a few neighborhoods and the pain is not spread evenly among the residents of the city. And the left has to mostly ignore the crime rate lest their ‘Defund the Police’ pledge starts to look like cruelty.

The issue, of course, is that these shootings are largely happening in majority-black neighborhoods around the five boroughs. Brownsville, Brooklyn has been hit particularly hard. Upper Manhattan. Harlem. Dozens shot, many dead. No shootings have taken place in Park Slope, Carroll Gardens or Brooklyn Heights. The position ‘Defund the Police’ can easily be shorthand for ‘I’m rich’.

New York City mayor Bill de Blasio blames the violence on coronavirus and pent up rage. He’s not wrong, exactly — our continued lockdown is exacerbating the situation — but he’s also ignoring the elephant in the room. The sustained attack on police leads to a force unable to do its job. People feel unsafe as a result, and that feeling leads to ever more violence. It’s a lesson New York City has learned before. It’s too bad it has to learn it all over again.

If these shootings were happening in the neighborhoods with the ‘Defund the Police’ signs in their windows, they would quickly be replaced with ‘Triple the Police’, and everybody knows it. But as long as the violence is confined to mostly black areas, rich white liberals are happy to go along with leftist policy goals that don’t affect them. ‘Black Lives Matter’, their signs say. But not always.