Prepare for American conservatism to be redefined 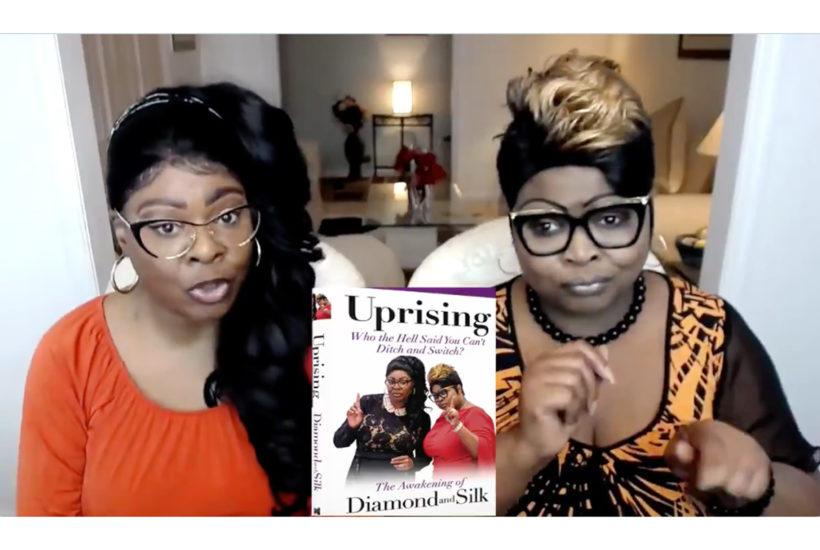 Whenever Cockburn has watched Diamond and Silk, whether they’re getting a heroes’ welcome at CPAC or sassing a left-wing celebrity in one of their viral videos, the same thought has always crossed his mind: when will this dynamic duo claim their rightful mantle in the literary pantheon? When can he sit down and peruse 256 pages of their incisive political commentary, as they follow in the footsteps of William F. Buckley Jr. and Ayn Rand and advance American conservative thought?

Mercifully, the wait is over.

The African American Trump-loving duo, real names Lynnette Hardaway and Rochelle Richardson, who sailed to notoriety throughout the 2016 campaign, release their debut book Uprising: Who the Hell Said You Can’t Ditch and Switch? — The Awakening of Diamond and Silk on August 18.

The description for the book reads:

‘Coming on the threshold of what promises to be the most acrimonious presidential election in American history, Diamond and Silk’s book will be a rallying cry for tens of millions of Americans who are tired of being told what to think and whom to vote for. Diamond and Silk’s story is one of overcoming poverty and shame and choosing victory over victimhood. Theirs is a story that defies the left’s narrative and that the mainstream media refuses to acknowledge, accept, and respect.’ 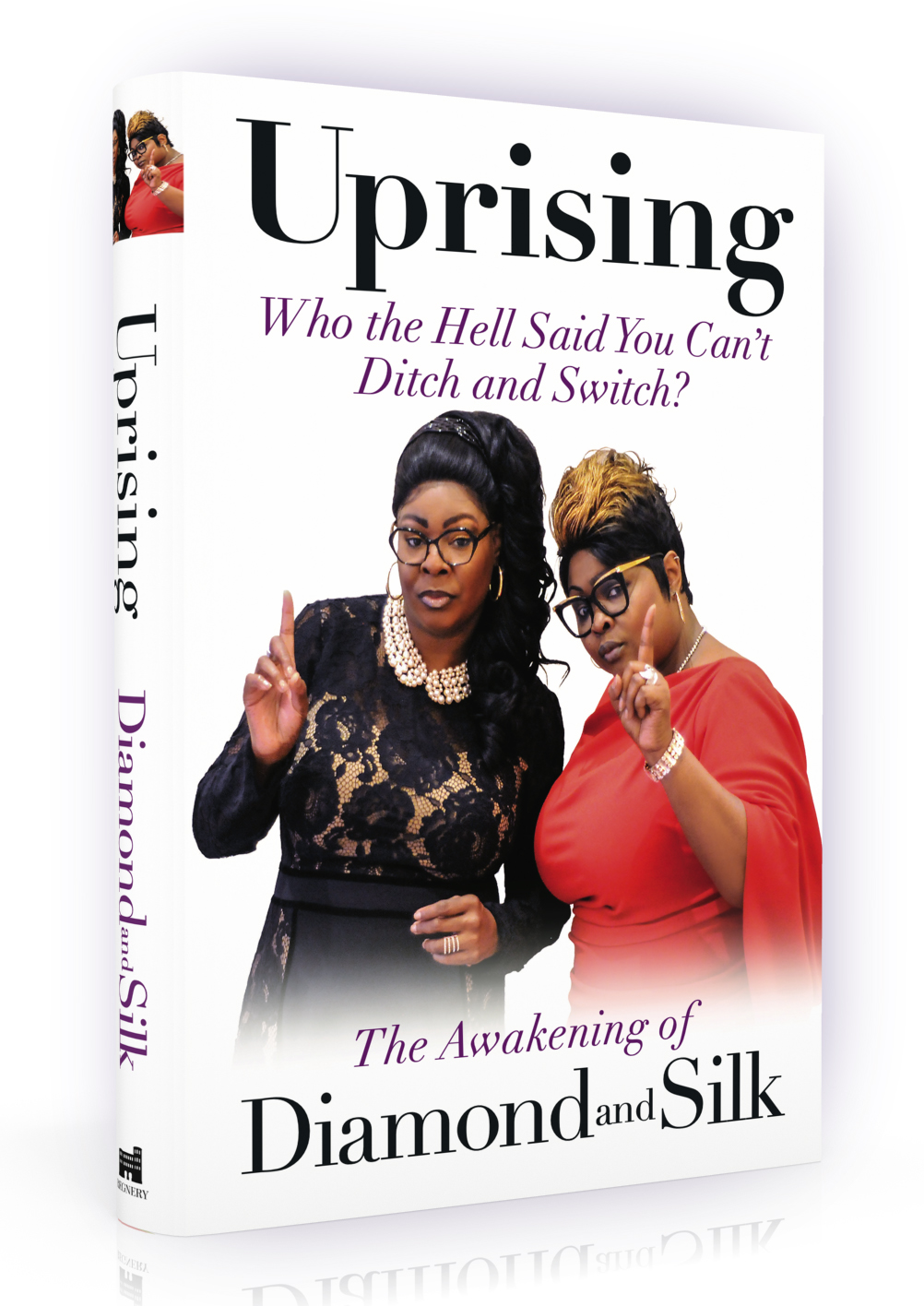 A press release from Regnery, which Cockburn has elected to publish in full below, offers further insight:

‘Uprising: Who the Hell Says You Can’t Ditch and Switch — The Awakening of Diamond and Silk depicts the against-all-odds rise of two virtually invisible black sisters from North Carolina sharecropping roots to become the spark and emblem of one of the greatest political revolutions in American history. Epochal and cinematic, intensely personal and revealing, Uprising is a clarion call for Americans of every star, stripe and heart. It reveals the never before told story of the resilient Hardaway family (“we knew all we had was each other”), their army veteran patriarch and pious mother, the sisters’ turbulent coming of age and struggle for economic security, their unlikely political awakening and unplanned journey into the world of bare knuckles politics and dirty media. Given over in the same gospel duet for which they’re famous, Diamond and Silk’s memoir is a Frank Capra-esque “little guy against the bosses” Cinderella story for the ages, with a starring role for the American working class.

‘At this fateful moment in history, when the political party of the protected is using violence and censorship to maintain its grip on the culture and keep people of color on the Democrat plantation, the story of authentic black women factory laborers who lost faith in the shibboleths of their corrupt Democrat bosses cries out to be told, including:

‘Diamond and Silk’s love for a revolutionary president, their biblical beliefs, authenticity and dominance of the 21st century alleyways of political dissent make them as dangerous to the establishment as Dick Gregory and Lenny Bruce were a few generations ago. Carried to the ramparts by the People, Lynette [sic] Hardaway and Rochelle Richardson have risen to become two of the most powerful women in America. And so once again, the establishment is using opprobrium, censorship and death threats to silence dissent. The arrogance and violence of the Harvard & Hamptons crowd has made Diamond and Silk all the more determined to give witness to the truth. The permanent elite will do anything to stop Uprising — but there are too many of us now.’

Diamond and Silk built a following thanks to their unfiltered, saucy approach to politics. This also proved their source of hamartia: the pair have been sadly absent from Fox News in recent months, after suggesting COVID-19 was a ‘plandemic’, speculating that ‘deep state snakes’ were using 5G to disperse the virus in certain locations and declaring that they’d refuse to take any vaccine involving Bill Gates.

As Cockburn has previously mentioned, Trump’s acolytes will often earn a book plug on the President’s Twitter feed. Perhaps the same treatment would help see Diamond and Silk back onto the road to the intellectual immortality for which they’ve long seemed destined.