At least our elections really cannot be bought 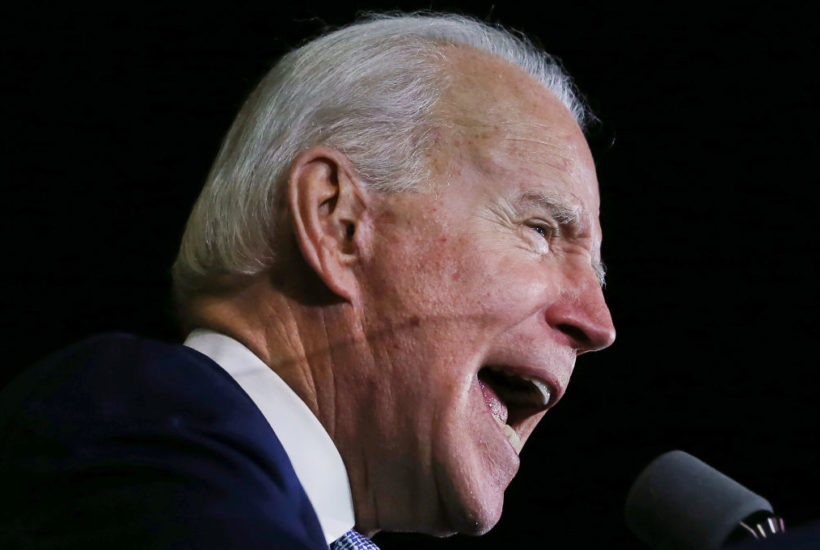 Joe Biden crawled ahead early in Tuesday night’s thrilling electric scooter race between two near-octogenarians, whereas of midnight Biden took the majority of delegates in the Super Tuesday primaries, including a sweep in Southern and Midwestern states. But goofy Democratic party apparatchiks posing as journalists in the mainstream media needed to dust the obvious under the rug and inject a little pizzazz and intrigue. Uttered without a tinge of sardonicism, they called it ‘the Biden phenomenon’.

While staffers may need to continually check that Biden doesn’t think he’s actually president now, this was, of course, part of the plan all along as the doddering former Vice President and establishment favorite became ever more irrelevant in recent weeks. Nearly 30 percent of primary voters said in exit polls they only made their decision of who to vote for in the last couple of days. The overwhelming majority of them went to Biden as close rivals Pete Buttigieg and Amy Klobuchar were strong-armed into abruptly leaving the race following Biden’s unsurprising victory in South Carolina on Saturday, the first primary victory he’s ever scored in his three unique bids for the presidency.

Isn’t that sad? Imagine being so beaten, broken, and demoralized, believing in nothing other than your own hatred. Even Barack Buttigieg O’Rourke, sometimes called Beto, echoed the hopelessness of his party when he moved to endorse Biden just ahead of Tuesday, in an effort to energize Texas Democrats. ‘I’m voting for Joe Biden because he can beat Donald Trump; because having him at the top of the ticket will help our down-ballot candidates, especially in Texas; & because he can bring people together to reach the ambitious goals we have for our country’, he wrote on Twitter. Now it appears Texas will split delegates between Biden and Bernie as socialism gains ground in the Lone Star state.

Biden’s zombie campaign and the media’s desperation for any iota of excitement offers a near-perfect portrait of the sorry state of the Democratic party. And yet, that may not be the entire story, particularly if you read between the lines of Beto’s statement. As the Democratic party lunges further and further left, embracing global, corporatized socialism, a senile, mentally feeble president like Biden — who can maybe eke out some swing states in the general election from moderates — may only empower members of the ‘Death to America’ caucus in Congress — sometimes called The Squad — newly freed to call the corners and summon the four horsepersons of the progressive apocalypse.

Despite being the most ideologically left-wing member of the Senate, Sanders has never been interested in, or capable of, working within the party establishment to achieve, well, anything at all in his 40 years in Congress. On Super Tuesday in 2016, Sanders won two additional states against Hillary Clinton — Minnesota and Oklahoma — but this year lost both of those against Hillary’s corporate replacement, showing the extent that Sanders was, for many, an anti-Hillary vote rather than a ringing endorsement of communism. This may expose how Biden is at least somewhat more palatable than Clinton for heartland Democrats.

Bernie emerged victorious through the clouds of marijuana smoke in Colorado, his second victory of the night behind his home state of Vermont, followed soon after by Utah. But the night’s big story was Michael Bloomberg, who won American Samoa and four delegates there. The New York billionaire also claimed victories in King’s Landing, Winterfell, and the lost city of Atlantis. Coincidentally, every resident of American Samoa woke up Tuesday morning with new cars and second homes. So far, Bloomberg has spent nearly the entire GDP of American Samoa on his presidential campaign: $500 million compared to the $658 million economic activity of the tiny island lying 6,000 miles off the coast of the mainland United States.

Bloomberg only entered the race three months ago, and I’d forgive my tinfoil hat prone friends who suspect he was summoned by the DNC to give Biden a boost. After all, Biden was dead in the water before Bloomberg stepped in to absorb some cringe and rally black voters against the stop-and-frisk mayor. Perhaps that explains why the cutthroat, no-nonsense businessman hired such a bizarre social media team, with their meatball memes and whatnot.

But the Bloomberg story also is encouraging: that our elections really cannot be bought and that earned media is vastly more important than paid media. The other heartwarming story to come out of super Tuesday involves the media’s perishing grasp on the electorate. Elizabeth Warren enjoyed millions of dollars in free, fawning coverage, hoisted onto the shoulders of genital-obsessed blue check marks on Twitter. At the end of the night she lost her own state, coming in third in Massachusetts, and received the same number of delegates as Tulsi Gabbard, a candidate shunned from the debates and blacklisted by the press. They each got one delegate.