The disunited states of Virginia

North against south, and the country against the city 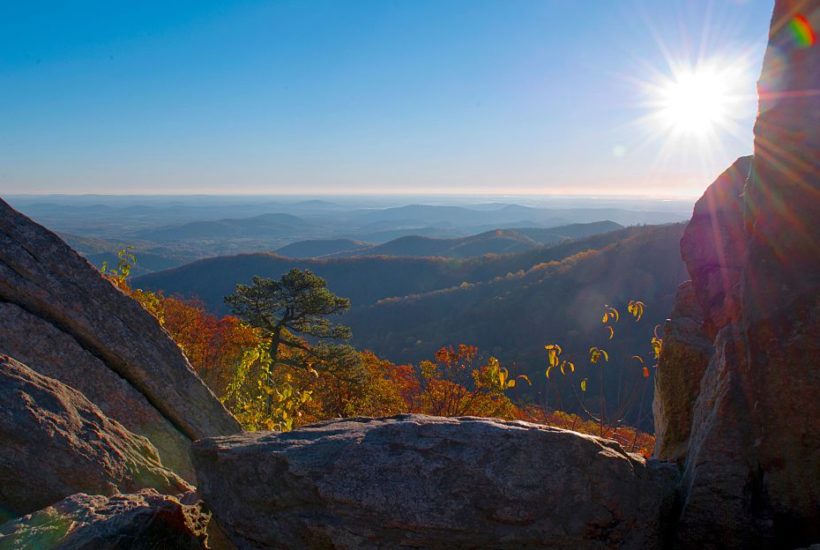 If you live in Virginia and travel by rail to and from the metropolitan Northeast, you will be familiar with a little ritual each time your train pulls into Daniel Burnham’s magnificent Union Station in our nation’s capital. No sooner have you squeaked to a stop but, for the next 20 minutes, the air conditioning dies, the lights go to emergency and the toilets become unusable. They are switching engines: electric locomotives north toward New York and Boston, diesels everywhere south. Two worlds, once was. Less so today, but something still worth thinking about as you wait for the power to come back on.

The South is vastly more like the rest of America than it was, say, in the 1850s on the eve of the Civil War, or even in the 1950s on the eve of the revolutions in civil rights, interstate highways and air conditioning that once and finally made American the states of the old Confederacy. Sure, there’s still the accent, Southerners still favour certain old-time courtesies, and you’ll most likely get grits, not potatoes, with your sausage and eggs at breakfast. But the epic cultural differences once acted out between the sections are found these days more within than between the states. Nowhere is this more evident than in Virginia, the first state that awaits your train as it rumbles south across the Potomac.

This fall, former governor and Clinton sidekick Tim Kaine is running for one of Virginia’s US senate seats against scrappy Republican newcomer Corey Stewart, a man unafraid to call out the cult of political correctness and who is not patient with illegal immigrants. The race is financially lopsided, with the Democrats outspending the Republicans ten to one, and is a proxy for national divisions. It also illustrates a divide within the Old Dominion, developing slowly since the Second World War but in recent times accelerating fast.

Used to be, two northern states, Illinois and New York, took top prize for vivid geographic divergence on matters of political and cultural reality. What had machine-run Chicago to do with the all those prairie-dwellers downstate in the Land of Lincoln? Or sophisticated Manhattan with the upstate provinces north of Yonkers? Not much. More and more, that’s the way things feel in Virginia. It’s not the first time the state has pulled itself apart. It happened, literally and permanently, back in 1863; the counties west of the Allegheny Mountains, not much invested in slavery and distant from the capital in Richmond, sided with the Union and went their own way,  hence West Virginia.

In modern times, what has changed for Virginia is the enormous growth of the federal government, whose seat the District of Columbia has sat on Virginia’s northern doorstep since 1800, when DC real estate was yet a pestilential mudflat. Since the 1960s, as the responsibilities and reach of the federal establishment exploded, the number of Virginians making a living directly or indirectly from it multiplied many times. They had to sleep and bring up the children somewhere, and most of them chose not to do it in the District, but in Arlington, Fairfax, Loudoun, Prince William, Fauquier counties, as far even as Winchester, Culpeper and Fredericksburg.

No one quite yet is ready to set up shop separately and split the Commonwealth as in days of yore. There are, however, conservatives hailing, to generalise grossly, from where smoky diesels haul the trains south of the Rappahannock and west of the Mountains, who joke half-seriously about just giving away the northern counties, ‘NOVA’ in the popular acronym, to Maryland and being done with it.  On the other side, many liberals domiciled spiritually up the line in the Northeast Corridor, where clean electrics haul the trains, are disdainful of the backwoodsmen beyond Washington’s orbit. When it comes to cool cosmopolitan values, they just don’t get it.

The Kaine-Stewart race is about this fundamental cultural divide. It will not of course play out simply along regional lines, but those lines will be evident. Politics isn’t just local but granular, and in the small Shenandoah Valley town where I live, both sides mingle, politely for the most part, every day. We have a small college and a couple Episcopal churches, and thus plenty of progressives who favour those ‘You’re welcome here no matter when you come from’ signs written in Spanish and Arabic. In recent years we’ve seen an influx of well-pensioned gentry liberals from NOVA. Taken with the town’s Victorian charm, they’ve brought Washington Post politics with them.

Small-c owner-conservatives and folk rooted in the agricultural hinterland of Augusta County still probably hold the edge. A current fight brews over changing the name of the local high school, now ‘Robert E. Lee’, to something more sensitive. ‘Save the Name’ yard signs seem to outnumber those claiming that ‘The Name Hurts’. So the division goes. Two years ago, you didn’t have to drive far outside hyper-progressive Charlottesville, to find Trump/Pence signs aplenty in the affluent wilds of Albemarle County.

Elections tell us something about the state of Virginia, but not everything. Why should we care, beyond the cynic’s care about who gets to hold power over others? Not that long ago, it was said that Virginia was one of the few states that was not just a state but a state of mind, a quaint idea less to do with rights than roots and why Virginians thought of the place as home. It’s still something to think about, if you’re a Virginian and waiting in Washington for the power to come back on.