No evidence of children passing on COVID-19 to relatives, says Icelandic study 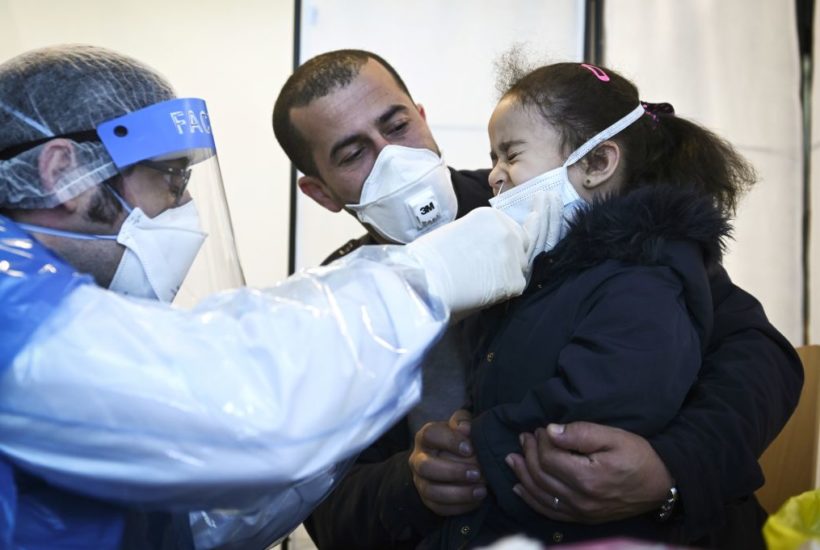 A child is tested for COVID-19 in Strasbourg, France

Many countries are refusing to open their schools for fear of a prompting a second wave of coronavirus infections. But their policies would appear to be flatly contradicted by evidence from Iceland. There, a company called deCODE Genetics, in association with the country’s Directorate of Health and the National University Hospital, has analyzed the results of coronavirus tests on 36,500 people. The tests identified 1,801 cases of people suffering from the disease — and 10 deaths. Each case was carefully tracked. In not a single case could the researchers find evidence of a child passing on the disease to their parents. The company’s CEO, Kari Stefansson, revealed the findings in an interview carried on the British Science Museum website. He suggests the fact that few children suffer any symptoms, and are less likely to cough, is an important factor.

The Icelandic study reinforces the results of a review of evidence last week by the Royal College of Pediatricians and Child Health, which said it couldn’t find a single documented case of a child under 10 passing COVID-19 to an adult. In one case a nine-year-old boy returning from a skiing holiday in the Alps was found to be infected with SARS-CoV-2, the virus which causes COVID-19, as well as influenza and the common cold. He didn’t pass SARS-CoV-2 to anyone, in spite of coming into contact with 170 children. He did, however, pass the flu and cold to his siblings — but not SARS-CoV-2.

It ought to be pretty strong evidence that opening schools is safe, and is among the first moves which should be taken to exit from lockdown. But don’t bet against the unions squashing plans to open before September at the earliest.