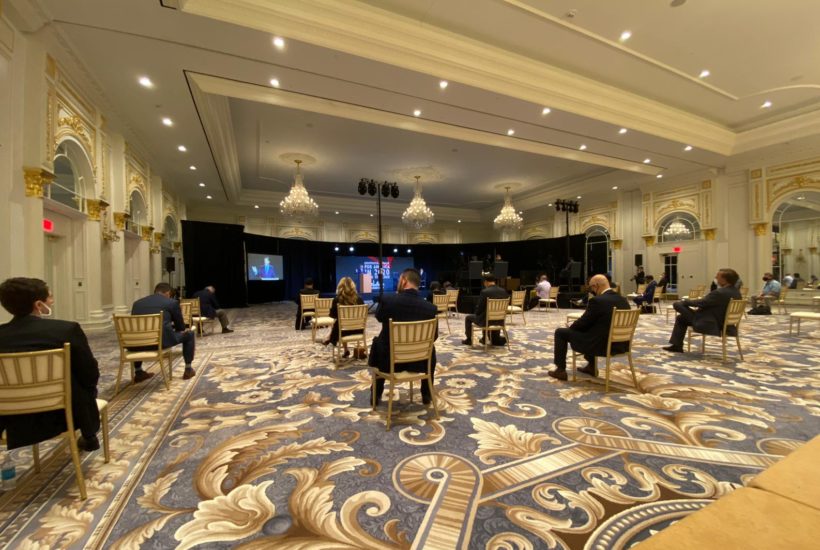 Cockburn finally slipped out of his self-imposed quarantine for the event of the summer in Washington, DC: the Falkirk Center Freedom Summit. The summit is the event of the summer, of course, because it’s pretty much the ONLY event of the summer. COVID has canceled the vast majority of in-person events at the Democratic and Republican National Conventions ahead of the 2020 election, while book parties are held secretly at downtown row houses instead of on full display in the lobbies of certain upscale hotels.

Kirk told the audience during his ‘synopsis’ of the Center that he is one of the few conservative speakers who has been to major liberal college campuses like Stanford and ‘survived and lived to tell that.’ His personal Vietnam, it seems.

The two-day summit focused on combating the threat of China, liberal indoctrination on college campuses, and cultural attacks on religion and featured some GOP all-stars, including Rep. Dan Crenshaw and Sens. Tom Cotton and Marsha Blackburn. Steve Bannon taped his War Room: Pandemic podcast live from the premises on Tuesday morning. Sen. Ted Cruz popped over in the afternoon to give a keynote speech after introducing the SACRED Act to withhold funding from state and local governments that discriminated against religious organizations during the pandemic. He earned a chuckle from Cockburn by obliviously snubbing a handshake from former Fox News host Eric Bolling while walking on stage, causing Bolling to save face by awkwardly patting the senator’s back. 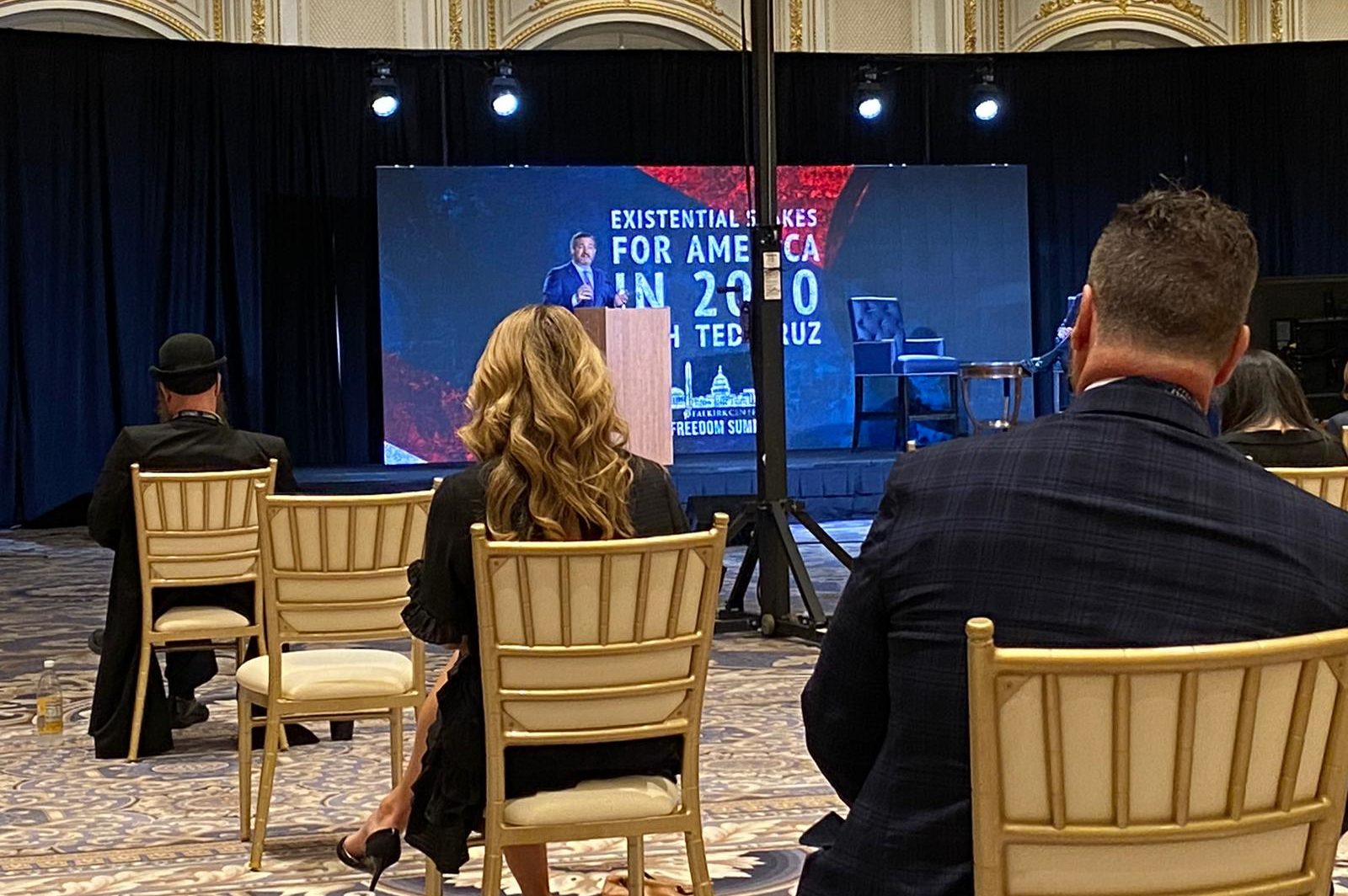 Despite the Falkirk Center’s best efforts, Cockburn quickly realized that Trump made the right decision by canceling the Jacksonville portion of the RNC last week. There were rarely more than 15 people in the audience at a given time and attendance only dropped on the second day. The ballroom was only allowed 50 attendees at any given time anyway. Imagine strolling into the Gaylord at National Harbor for a completely empty CPAC. A fellow attendee helpfully pointed out to Cockburn that because the panelists weren’t looking for applause lines, the conversations were much more substantive. To Cockburn’s aging ears, though, it sounded a lot like ‘BORING!’

It turns out that after four years of Twitter fights, giving derogatory nicknames to political opponents, and rowdy arena rallies, wonky policy discussions from even the most magnanimous speakers are more likely to snooze than stimulate.

To the Falkirk Center’s credit, the stage looked excellent and the video and technical production were top notch. It could have been a great event if it weren’t for the pandemic. A Falkirk Center fellow told Cockburn that the event was very well attended online, which was more so the point. Cockburn did tune into the livestream at one point and found it delightfully free of lags. About 90 people were watching on Falkirk’s Facebook page during Cruz’s speech, which Cockburn supposes isn’t bad since Attorney General Bill Barr was locking horns with Democrats on Capitol Hill during a contentious Judiciary Committee hearing at the same time.

Cockburn was disappointed to learn he couldn’t get one of Trump Hotel’s signature Old Fashioneds at the bar, but was nearly as satisfied with the scrumptious turkey and cheddar baguette he was offered for lunch. He also learned, thanks to a tip from a fellow attendee, that he could get around the DC mask mandate by sipping on the free Trump-branded water or coffee. Dr Sebastian Gorka, noted health expert, fish oil salesman and recent Trump administration appointee, did not wear a mask. Former Virginia congressman Dave Brat wore his strategically positioned under his nose.

We can only hope political events aren’t like this forever. Cockburn misses the days when rubbing elbows was just a figure of speech in DC rather than a literal replacement for the handshake.