Why doesn’t Donald Trump put an end to government spying on American citizens? 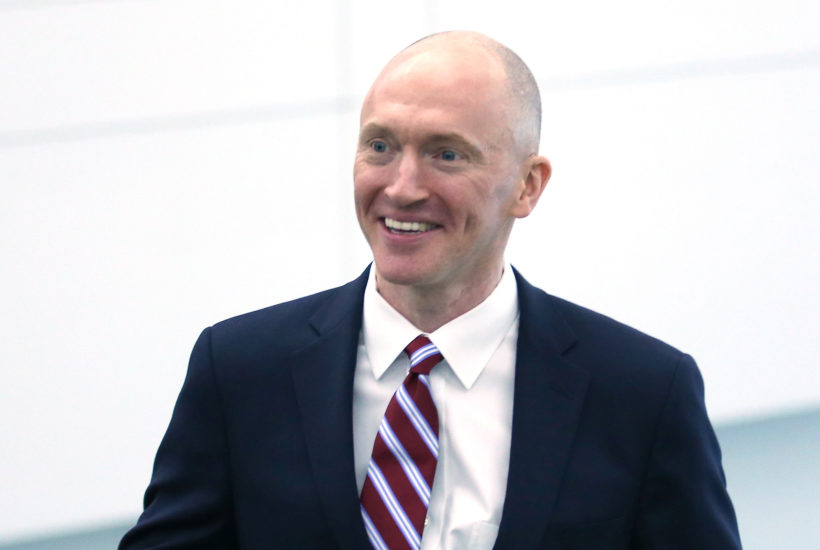 We hear lots of chatter about the possible appointment of a Special Counsel to investigate how the Obama administration may have abused the Foreign Intelligence Surveillance Act (FISA). Yet little has been said about the secret court system itself and how easy it is for corrupt government officials to spy on Americans. A court system which works on closed proceedings, classified decisions and only a government attorney present, is ripe for just the sort of misuse that’s alleged to have occurred in the Russia investigation.

Let’s look at what we know: members of the Obama administration, key FBI investigators from the Russia probe and national security lawyers in the Department of Justice may have abused FISA in order to secure a warrant to spy on Trump campaign adviser Carter Page. The FBI used the infamous Christopher Steele dossier as the main evidence to support the FISA warrant, even though email exchanges show they had not fully vetted the dossier, they were aware it was unreliable, and they deemed it unverified months after receiving the warrant. Legally, the FBI is required to disclose any flaws in the evidence that might indicate a target’s innocence to the judge.

A former employee of the Office of Intelligence Policy and Review at the Department of Justice wrote that in the Trump investigation, the customary checks and balances in the procedure for obtaining a FISA warrant ‘weren’t just ignored — they were thrown permanently out the window in the name of securing his election defeat or later removal from office.’

So, a process with little to no scrutiny which allows government officials to spy on American citizens, was used and abused for political ends. What a shocker.

While Republicans are understandably focused on trying to determine which officials were involved and at what level they corrupted procedures, the astonishing breadth of this scandal should prompt Trump to demand a review of the whole FISA warrant process. At one point in 2016, government officials under the Obama administration were requesting judges to unmask targets on a near-daily basis under the name of United Nations Ambassador Samantha Power without her knowledge.

Nor is this the first time we have learned of the government using the secrecy of the FISA courts for nefarious activity. In 2013, Edward Snowden revealed that the government was involved in the mass surveillance of Americans’ phone calls and emails, collected ‘incidentally’ or ‘inadvertently’ under Section 702 of the FISA Amendments Act (FAA,) which only authorizes targeting non-citizens overseas. President Obama and his intelligence team claimed that the mass collection had been approved by the Foreign Intelligence Surveillance Court.

The FISA court process is unlike any other in this country. It calls for the government’s attorney to appear alone in secret before a specially designated judge in Washington, D.C. Instead of the typical adversarial process of the court room where parties battle over contested facts. The FISA courts allow for only limited scrutiny of the government’s assertions, because the judge only hears from the government. Court proceedings are closed and the court’s decisions are classified, and most of the people targeted receive no notice of the surveillance, even after it has ended. Needless to say, such a purposefully opaque process is ripe for corruption.

Moreover, this process has been corrupt for many years. Government officials develop ‘a pretext to wiretap a foreigner or a target in contact with’ an American citizen they want to monitor and then ‘incidentally’ capture ‘the citizen’s information, too. Later, [they build] a case for ‘unmasking’ the US citizen’s name, supposedly for national security or other crucial reasons,’ writes journalist Sharyl Attkisson. Wiretaps today can include everything on the web from messages, to emails, bank accounts, photos, and social media, while incidental collection can include ‘anything picked up when a target is watched directly, through a bug, or by secretly activating his computer’s microphone and camera… Here’s the best part — for the bad actors. The US citizens are usually none the wiser. The surveillance isn’t intended to build a criminal case; it’s to collect dirt or political intel or blackmail material. So the corrupt process is never scrutinized in a US court.’

It’s easy to see how a process almost entirely lacking in public scrutiny or jurisprudence would become corrupt. Americans — and President Trump — should immediately demand an end to their government’s spying.