No one should pay $40,000 a year for an online college degree 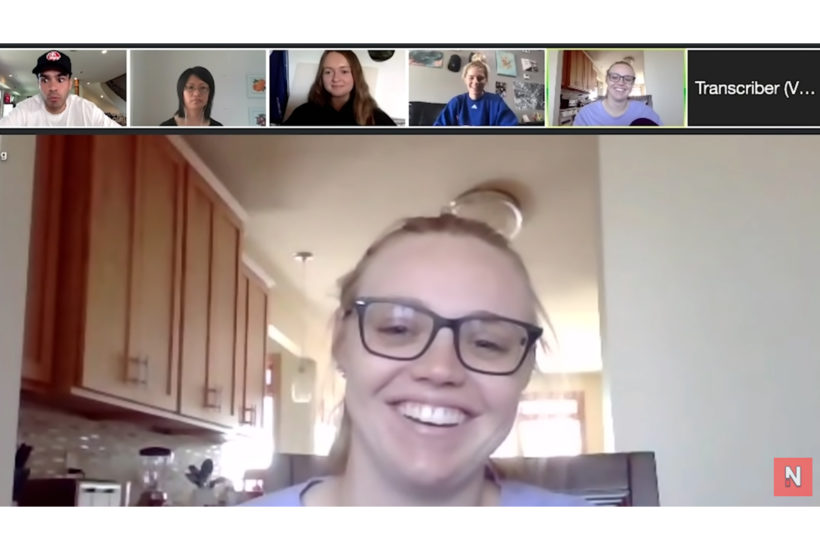 In the fall, thousands of college campuses across the country could be set to move online. Students will find themselves paying amounts in excess of $40,000 a year for glorified Zoom sessions. Even more young professionals will be considering grad school as a way to ride out the biggest recession we’ve seen in a generation. It will be grad school with all the cost and hardly any of the networking benefits.

But there’s another option: we can build. We can use the crisis and the move online as a reason to take risks, risks that once seemed crazy or impractical are suddenly worthwhile. Whether it’s making leaps in genetic engineering or learning how to practically homestead, building is acceptable again.

The coronavirus pandemic gives young Americans a once in a lifetime opportunity. While the virus ripped through Europe and the United States, it became obvious that our existing institutions had failed us. Random people on Twitter were better at warning us about a mysterious impending disease out of Eastern China than our multi-trillion dollar funded federal government with its swathes of Credentialed Experts was. Stodgy government institutions manned by Boomer bureaucrats who barely know how to open PDFs botched every stage of the response — whether it was innovation, financial relief, or containment measures at the federal, state, or local levels. We can fix it, but we shouldn’t underestimate the scale of the challenge in front of us.

This isn’t just any old case of institutional incompetence. It’s not like the mail got delivered a day later than it was supposed to. This is something that a) we know we’ll have to deal with again during our lifetimes (pandemics can be expected every 20 years or so); and b) should wake us up as a test-case in case of any other potential existential threat. What if this were a nationwide natural disaster that wiped out supply chains? A war waged using misinformation and mass media? A solar flare that destroys the entire power grid in the country? Do you feel confident that our parents and aunts and uncles will leave strong institutions for us to inherit? Do you feel confident in the idea of leaving those institutions to your children and grandchildren?

The coronavirus outbreak should serve as a wake up call akin to the Space Race. We often forget that the first American attempts at the Space Race screamed incompetence. The Vanguard rocket exploding on national television while the Soviet Sputnik orbited around the earth did not instill confidence. Eventually, nearly 20 years later, the United States put men on the moon. In those 20 years, new generations of scientists, researchers, leaders, and airmen took over. They were a product of a real mission to build a United States that is a real leader at solving what was perceived to be a major crisis.

Unlike the Space Race, this race is more than a massive technological and human capital feat. It’s a feat of rebuilding local institutions, developing new technology, and rekindling the idea of American citizenship at every level of the game.

Rebuilding institutions means a focus on building locally. It means that when crisis hits, the organizations, groups of people, and companies best equipped to help people at the closest level are able to do so intelligently. It means that people trust their neighbors and local government and civic organizations and contribute to them.

Building technology means both building new technologies and preserving old. Marc Andreessen’s ‘IT’S TIME TO BUILD‘ lays out a set of high-tech and new tech that smart people should consider working on. But we also need to preserve our existing technologies that allow civilization to advance. This means studying farming and agriculture on small family farms, studying manufacturing techniques, and studying the crafts that allow a technology to build in the first place.

If you’re already building something, apply for funding. At the earliest stages, don’t let lack of money keep you from building. At 1517 Fund, where I work, we regularly start with $1,000 grants to incredibly early stage tech projects led by young people before we invest. We’re not the only ones. There are plenty of options out there for young builders to find resources and community. You just have to proactively reach out to them.

Young professionals: give yourself permission to take a professional gap year. Either learn how to build in the real world or go build. For too long have young Americans listened to the siren call of empty credentials, fake financial products, management consulting, and vacuous apps. Email people in fields you may want to work in and ask them what you can learn. Volunteer in your local community and serve on your parish council. Invest your time and energy in building a community you in which you actually want to live and work.

The United States was once a country of putting men on the Moon. Over the last 50 years it became a country of financial instruments and management consulting. We can change that. But we have to build.

Zak Slayback is a principal at 1517 Fund, a venture capital firm