Free Julian Assange — his fate is inextricably tied to our own 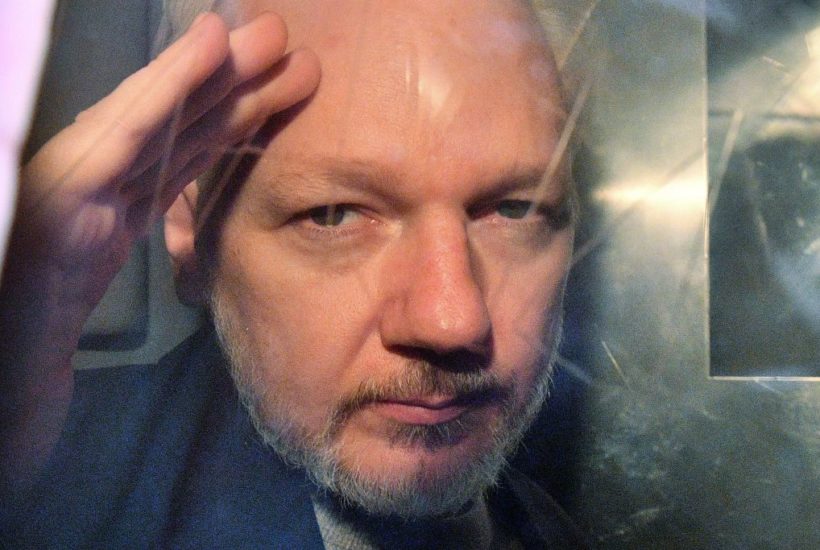 I visited Julian Assange in Belmarsh prison on November 21. One small detail, insignificant in itself, did strike me as emblematic of how prisons function with regards to welfare and human rights.

All the guards were very kind and repeatedly emphasized that everything they do is for our own good. For example, Assange is in solitary confinement 23 hours per day. He has to eat all his meals alone in his cell, and when he is allowed out for an hour he can’t meet other prisoners. The communication with a guard who accompanies him is reduced to a minimum. Why such severe treatment since he is now just in protective custody? (He served his prison time and he is only there to prevent him escaping extradition.)

The explanation I was given was a predictable one: it is for his own good — since he is a traitor hated by many, he may be attacked if he mixes with other people. But the craziest case of this ‘care’ happened when Assange’s assistant, who accompanied me, brought me a cup of coffee which was put onto a table where Julian and I were sitting. I took off the plastic cover of the cup, took a sip and then put the cup back on the table without putting on the plastic cover back on; within seconds a guard approached and signaled to me with a hand gesture (very kindly, it is a humanist prison if there ever was one) that I should put the cover back on the cup of coffee. I did as I was told, but I was slightly surprised by this demand and asked a member of staff when leaving the prison why it was given. The explanation was again a warm human one — something like: ‘It is for your own good and protection, sir. You were sitting at a table with a dangerous prisoner, probably prone to violent acts, and seeing between the two of you an open cup of hot coffee into your face…’ I felt warmth in my heart at being so well protected, and I just imagined the threat I might have been exposed to if I were to be visiting Assange in a Russian or Chinese prison — the guards would undoubtedly ignore this noble safety measure and expose me to a terrible danger!

My visit took place a couple of days after Sweden dropped its own demand for extradition, clearly admitting, after additional interrogation of witnesses, that there are no grounds for prosecution. However, this decision is not without an ominous background. When there are two demands for extradition, a judge has to decide which comes first, and if Sweden is chosen then this may jeopardize the US extradition — it can be delayed and public opinion in Sweden itself may even turn against it. Now, with only the US asking for extradition, the situation is much clearer.

Where now are all those journalists who wrote that Assange should be extradited to Sweden instead of the US? Or, incidentally, those who babbled that he is a paranoiac, that there is no extradition awaiting him, that if he leaves the Ecuadorian embassy he will be free after a couple of weeks in prison, that all he has to fear is fear itself? This last claim is for me a kind of negative proof of God’s inexistence: if there were to be a just God, then a lightning bolt would strike the author of this obscene paraphrasing of Roosevelt’s famous quip.

Since I already mentioned China, I cannot restrain myself from reminding readers what triggered the large protests in Hong Kong that have been going on for months: China’s demand that Hong Kong accepts the law which will compel Hong Kong authorities to extradite its citizens to China when China demands it. It seems the UK is more subservient to the US than Hong Kong is to China: the UK government sees nothing problematic in extraditing a person accused of a political crime to the US. China’s demand is even more justified since Hong Kong is ultimately part of China — the formula is ‘one country, two systems’. Obviously, the relationship between UK and the US is ‘two countries, one system’ (the American one, of course).

Brexit is said to be a means to assert British sovereignty, and now, in the way Britain has treated Assange, we can already see what this sovereignty amounts to — subservience to US demands. Now is the time for all honest Brexiteers to staunchly oppose Assange’s extradition. We are no longer dealing with a minor legal or political matter, but with something which concerns the basic meaning of our freedom and human rights. When will the general public understand that the story of Assange is a story about themselves, that their fate will be deeply affected by the decision over his extradition? We should help Julian not out of some vague humanitarian concern and sympathy for a miserable victim, but out of a concern for our own future.