How to get into a club and onto a plane

‘OK, Charlie, put your mask on,’ I whispered. ‘And whatever you do, don’t sneeze’ 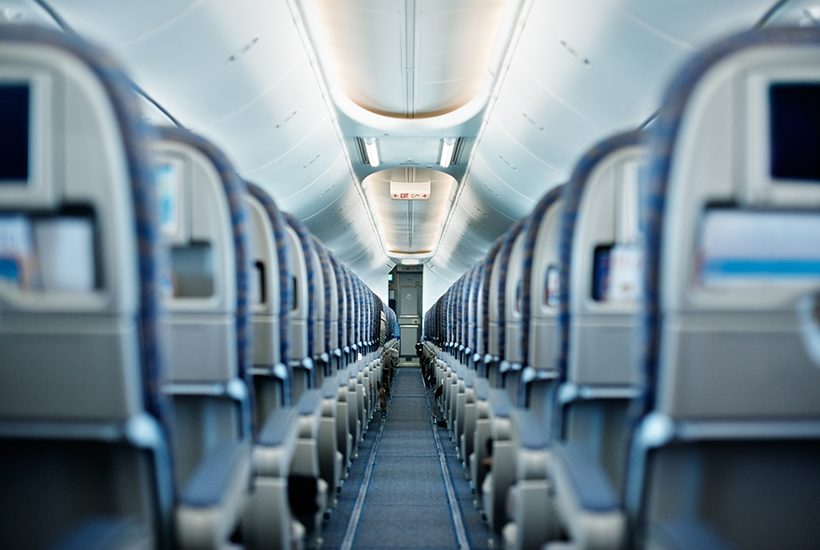 Disaster struck the Young family last Friday. My 12-year-old son Charlie woke up with a temperature. Ordinarily, that wouldn’t matter, but we were in the Dolomites and due to fly back to England from Venice later that day. On the flight out, we’d all had our temperature checked with an infrared thermometer pointed at our foreheads, and there was a similar policy in place at Marco Polo airport for our return journey. Would Charlie’s fever mean none of us would be allowed to board the plane? And would we be interned in some ghastly hotel for 14 days?

The responsible thing would have been to remain in Italy until Charlie recovered, just in case he had the virus. But changing the flights would have cost an arm and a leg, and the risk of Charlie infecting any other passengers was practically zero. For one thing, I’m fairly sure he’s already had COVID. He returned from a school ski trip to northern Italy in February and had all the symptoms. For another, there isn’t a single proven case anywhere in the world of a child transmitting the infection to an adult. That’s one of the things that makes the skittishness of the teaching unions about reopening schools so infuriating. Their members are more likely to be killed in a road traffic accident than catch coronavirus from a child and die.

The first thing we did was stop at a pharmacy in Cortina and get a bottle of Nurofen. I dosed Charlie up and hoped for the best, but two hours later he was still pretty feverish. He also had a runny nose and was sneezing repeatedly, so was unlikely to be missed by the checkers wielding their temperature guns. I pulled into a McDonald’s, ordered a large Coke with plenty of ice, drained it, poured the ice into a sock and then clamped it to Charlie’s forehead. It was the opposite of the trick that children play when they stick the thermometer in a cup of tea and claim to be too ill to go to school.

There was only one entrance into Marco Polo and, sure enough, there was an official standing beside it with thermo gun. What if the ice hadn’t worked? I decided the smart thing to do was split up, with Caroline and the other kids going in first and Charlie and me hanging back. That way at least they would get through even if we got nabbed. Then I noticed something that might work to our advantage. The Italian official wasn’t being as conscientious as his counterparts back in London and was letting some people through without taking their temperature. Not many, admittedly, but if we could just slip through the crack…

‘OK, Charlie, put your mask on,’ I whispered. ‘And whatever you do, don’t sneeze.’

That was the worst thing to say, obviously. He started sneezing so violently he might as well have had a flashing neon sign above his head saying ‘COVID-19’. I racked my brains, trying to think of some ploy that would distract the guard.

Then it came to me. I would use the same trick I’d relied on in the mid-1990s to get into exclusive nightclubs in New York. Back then, I would approach the doorman with a woman on my arm and pretend to be in the middle of a furious argument. I’d been kept waiting for half an hour, or she’d just caught me looking at another girl; didn’t matter. The essential thing was to make it seem petty and ugly, with the two of us going at it hammer and tongs. The natural human reluctance to get involved in a ‘domestic’ meant that the doorman would often just lift the velvet rope and usher us through.

‘What do you mean you’d prefer Brentford to get promoted than QPR?’ I screamed at Charlie as we neared the entrance. He looked up at me, bewildered, but I pressed on. ‘That’s so unbelievably disloyal. You’ve been a season ticket–holder since you were two years old. You can’t abandon the Rs now just because we’re going through a rough patch. The next thing you’ll be telling me is that you’ve become a Chelsea fan.’

The mention of the dreaded C-word set Charlie off and he started screaming back. How dare I suggest he could ever support Chelsea? Sure enough, by the time we were within range the argument was in full swing and we swept past the official as he recoiled in horror. Mission accomplished. And just in case you think I’m a terrible human being, the next day Charlie was right as rain.