Much depends on whose hands control each House of Congress 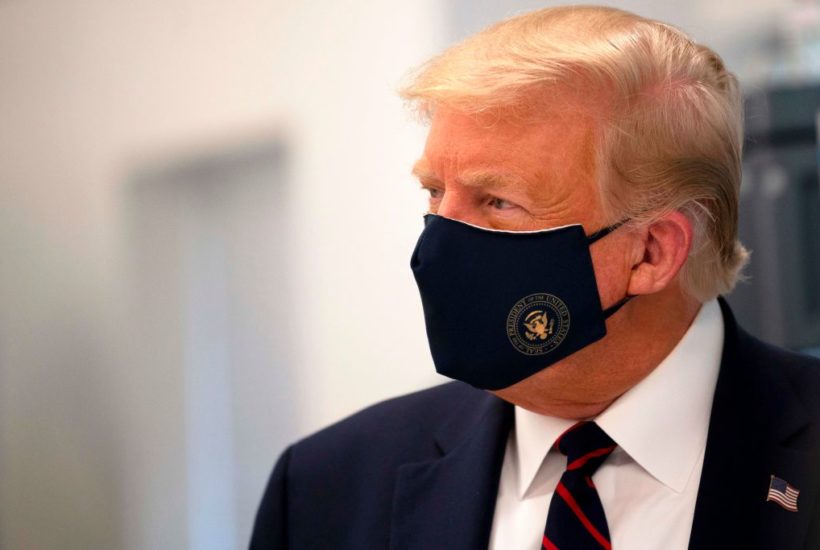 President Trump’s adversaries are running Joe Biden, a fallback Beltway lifer who is credibly accused of selling his office, leaking false intel about Gen. Flynn to the Washington Post and handsiness with female political allies. Oh, and it appears that a prosecutor in Ukraine is digging into the potential criminal liability of the one or more persons who gorged on Burisma’s trove of US taxpayer funds. Joe’s son Hunter is named, and so Joe, in a context not yet fully disclosed.

If there’s a criminal investigation in Ukraine, no problem: Joe’s plea of cognitive impairment will let him walk. And the hosannas reaped by doughty old Jim Clyburn for picking Joe up off the floor in South Carolina now seem no more than a feel-good story. It seems that they reached some sort of entente cordiale, whereby Bernie Sanders’s Marxist platform would be advanced behind Joe, his minders and his winning smile and gleaming veneers.

In reality, the fake news about the fake polls seems illogical. How is it possible for Trump to have 54 percent approval on the economy and 70 percent disapproval on the virus — and in the same poll? Nor would 300,000 people have donated a total of $20 million in a single virtual fundraiser by Trump if they believed the near-unanimous propaganda that he’s certain to lose in November. Nor would the ‘peaceful’ (Joe’s word) burning down of a courthouse in Portland, Oregon, cheered on by its mayor, edge Trump into a two- or three-point snap lead over Joe in a solid blue bastion.

Rasmussen, the only national poll remaining, has Trump at 48 percent approval and trending up. Translated logically, this gives Trump a wide lead in all battleground states that would translate into a bit more than 300 Electoral College votes. Let’s take this as grounds for examining what a second Trump term would lead us to expect.

Much depends on whose hands control each House of Congress. Currently, and like Lincoln, he faces a House divided. But our logic here is that Trump brings both chambers with him next January. We can expect a four-year, hands-on focus on China on all fronts. Taking a leaf from Reagan’s Cold War strategy against the USSR, this would entail a vast military and economic buildup that would induce China to match us. Trump will believe that a military buildup will propel economic growth — and it might, because now ‘military’ encompasses most all of the strands of American energy, from innovation to distribution.

Trump, like Reagan before him, would not take the intel community’s assessment of China’s military and economic might. He would test and verify. One test would be the response to a pushback in the South China Sea; another, deals with Taiwan. Our supply chains will continue to be repatriated from China, spurring job growth at home and economic constraint in China. Trump would bet China’s command economy could not, and would not, match American enterprise. That command economy is risking its reputation already with, we are told, $200 billion of IPO financing on the Shanghai bourse. We shall see how much in command the CCP will be. Moreover, the WuFlu has made China a pariah of sorts.

At home, a crucial area would be the continued rebalancing of the judiciary. Time wounds all heels: attrition will decimate the old Clinton and Obama appointments at both the District and Appellate levels, and put paid to the two-tier standard of justice that now binds us hand and foot. There may well be a pale melodrama over a vacated Ginsburg seat, but there will be no strong rallying voices on the left.

Education in America has bent, after 60 years of attack, into a satrapy of indebted students being badly taught varying degrees of socialism in diminished halls of learning. That will need to be changed. Standards will need to be raised. Useless professors should lose tenure. Debt, if it can be collateralized into a marketable instrument, can enter the capital markets. We have remedies of forbearance and reorganization for that which cannot. At the K-12 level, all reasonable observation indicates that our lost generations are the work of mayors and governors in thrall to teachers’ unions. The cure is simply two words: ‘charter schools’. The same reasoning that brought us Roe v. Wade will easily bring us legislation for nationwide charter schools. Except here we actually do see a burden on interstate commerce.

Finally, how to deal with the criminal perps of the Russia hoax, with its unconstitutional impeachments, rigging of elections and lawless shattering of reputations and lives. Fortunately, or rather, sadly, we have had experience in such matters over our 240 or so years of America. The first rule is to ‘do no harm’ and bind up our wounds. All those against whom a charge of treason or a ‘high crime and misdemeanor’ will not stick should just resign. There is enough information already known to haul hundreds of people before a grand jury — and they should be hauled if necessary. But only the demonstrably evil should face prison.

So, a full plate for Trump’s second term: China, the judiciary, education and satisfactory redress for the criminal acts of the last four years. All with resolution and magnanimity, a growing economy and a restored deterrence.