The importance of sadism in writing a great screenplay

Incitement to child murder aside, Scriptnotes is pleasantly technical 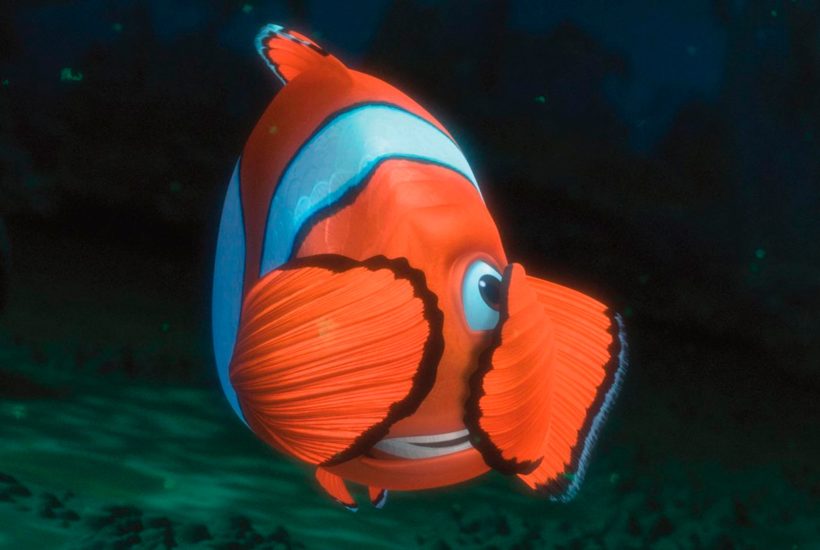 Like with every great story, Finding Nemo is full of sadism. Image: Moviestore / Shutterstock

Scriptnotes with Craig Mazin and John August; The A24 Podcast

Available on iTunes, Spotify and other apps

How do you tell a great story? According to Craig Mazin, you have to be a sadist.

‘As a writer, you are not the New Testament God who turns water into wine,’ Mazin chuckles on his long-running podcast Scriptnotes. ‘You are the Old Testament God who tortures Job because, I don’t know, it seems like fun.’ Mazin wrote HBO’s horrifying, incandescent miniseries Chernobyl, and so knows of what he speaks. In the episode of this podcast titled ‘How to Write a Movie’, he describes how screenwriters build plot out of suffering.

He outlines a scenario, making the stakes higher each time. Suppose our main character is a single father desperate to protect his child. Not good enough. OK, now suppose he is a single father who witnessed his entire family being murdered, leaving him only one child. Better — but how about this: a man’s entire family are murdered before his eyes, leaving him only one child, and the child is disabled and vulnerable. Then the man loses his child.

It sounds like pure sadism. In fact, it’s the opening 10 minutes of Finding Nemo.

There is a particular kind of woolly shoptalk specific to people who write screenplays. They speak about ‘stakes’, ‘inciting incidents’ and ‘redemptive arcs’ in a way that makes them sound like a cross between forklift operators and members of an extremely specialized cult. But incitements to child murder aside, Scriptnotes is pleasantly normal: a series of technical but undogmatic conversations about screenwriting and storytelling, conducted by people who know what they’re talking about but aren’t trying to sell you a book.

Shopping around their extensive back catalogue, I found lots that film buffs will enjoy. There are high-profile guests (Noah Baumbach, Greta Gerwig) and eloquent discussions of genres (political movies, buddy movies). My favorite episode was an in-depth appreciation of the smarter-than-it-looks teen comedy Clueless. People often mention that Clueless borrowed its plot from Jane Austen’s Emma. What I didn’t know was that the film was originally pitched as a TV show (working title: I Was a Teenage Teenager) with a completely different structure. It was only after several drafts that the writer realized their hero was an Emma Woodhouse type, and decided simply to lift the rest of Austen’s story as well.

Listening to Mazin and August talk, I was reminded of just how complicated film-making is. When movies are being made every single element is being watched over by someone who has built a career specializing in that detail. Camera, lights, sound, dialogue, costume, hair. An absurd chain of accidents once led to my staying at a famous director’s apartment. I remember riffling through a stack of papers, all of which were related to perfecting the appearance of a single pair of trousers.

On the A24 Podcast, you can listen to these brilliant obsessives interview each other. A24 is the production company behind Moonlight, Lady Bird, Midsommar and more or less every other successful independent film of the past few years. This gives it serious pulling power and its list of speakers reads like a who’s who of contemporary cinema. Paul Thomas Anderson interviews the Safdie brothers. Jonah Hill and Michael Cera are reunited to reminisce about their roles in the epoch-defining, architectonically perfect sex comedy Superbad. Arthouse auteur Joanna Hogg speaks in the clipped, steely RP of someone about to announce that she’s divorcing you and she’s keeping the Aga — but she is gentle and condescending with her interlocutor, the visionary nerd Martin Scorsese.

In fact, all of these people are nerds. The Safdie brothers claim to have seen every film Adam Sandler has appeared in — quite a feat, given that there are more than 60. It seems not to have occurred to them that the vast majority are terrible. Throughout these conversations there is a complete lack of critical discussion, and that’s not actually such a bad thing. Listening to this podcast made me wonder if suspending the critical faculties is something artists do deliberately. Lots of us can only sneer at Adam Sandler films. But when the Safdie brothers and Paul Thomas Anderson sat down to watch Deuce Bigalow: Male Gigolo they saw something in Sandler — a grain of desperation, a wheezing pathos — that they realized they could use.

There is a lucrative, understandable and yet somehow very sad cottage industry based around instructing people how to be creative. Courses promise to teach the ‘secrets of all great screenplays’, and articles detail the ‘habits of all highly creative people’. Everyone wants so desperately to be a genius, but the obsessiveness of these directors is born out of the love they feel for film. I’m not sure that’s something you can teach. With that said, I notice that sadism comes naturally to many people. So there may be hope for us yet.