A ménage à trois that worked: Ivan Turgenev and the Viardots

The Europeans: Three Lives and the Making of a Cosmopolitan Culture by Orlando Figes reviewed 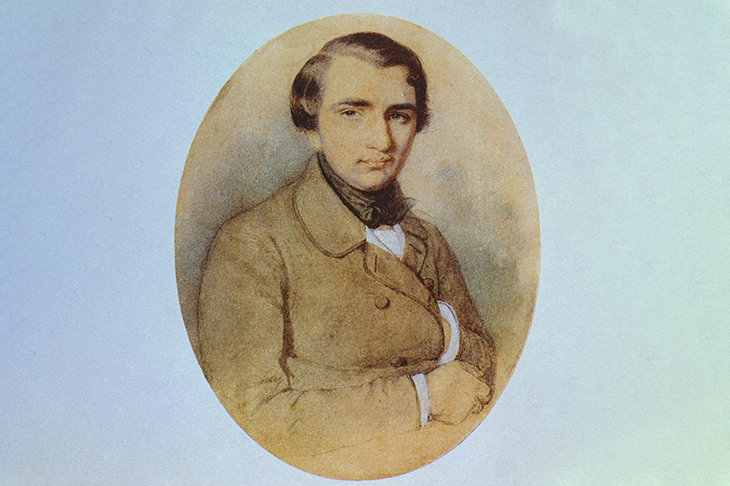 The Europeans: Three Lives and the Making of a Cosmopolitan Culture Orlando Figes

If we still bemoan a world of mass tourism, the mid 19th century, Orlando Figes reminds us, is where it began. Aristocrats were accustomed in youth to prolonged, libidinous grand tours through the Continent (the gap years of their day). For the masses, though, this was the start. ‘During the autumn months,’ grumbled one British newspaper, ‘the whole of Europe seems to be in a state of perpetual motion.’ Not only rich people were involved; so, heaven forfend, were the ‘lower classes’.

The English were particularly at fault. Lonely on their island, enjoying surplus income and time, they ‘swarmed’ everywhere. ‘There is no lemon tree,’ one continental objected, ‘without an English lady nearby smelling its perfume; no picture gallery without at least 60 Englishmen, each with a guidebook in their hands.’ They were superior without justification, defiantly monoglot and lived on a gruesome, unvarying diet of overcooked vegetables and bad coffee. No wonder they sought to escape.

Nowadays, cheap flights mean it is Angkor Wat, Machu Picchu and Mount Everest whose beauties and remote splendor are tarnished by litter and excessive footfall. In the 19th century it was Paris, Venice, Florence and Dresden; and once remote Swiss mountainsides were soon being ‘strewn with broken bottles and fragments of the Daily Telegraph’.

As Europe was cross-hatched by railways, passengers travelled at once unimaginable speeds (30 mph), and larger numbers could travel further in a shorter time. Brighton and Margate ceased to be exotic destinations for Londoners. The older generation was bewildered. ‘We who lived before the railways and survive the ancient world,’ Thackeray commented (as many might feel now about the pre-internet age), ‘are like Father Noah and his family out of the Ark.’

Orlando Figes’s The Europeans is both a general study and a particular one. In well-researched detail it explores the emergence in Europe of a ‘cosmopolitan culture’ before an ‘age of nationalism’ was heralded, in 1870, by the Franco-Prussian War and German unification. It also tells of the connected experiences of three remarkable individuals who lived as Europe was being transformed. In their lives and their ideals, they represented the cosmopolitan culture that was swept away (in the short term) by the likes of Dostoevsky and Wagner, who identified nationalism with a modern age.

Of the three, the gentle, brilliant, bear-like novelist Ivan Turgenev remains famous. The other two —the singer and composer Pauline Viardot, upon whom Turgenev doted, and her older husband, the critic and connoisseur Louis Viardot — are less well known, though they were revered in their time. For all the technological change she witnessed, Pauline had the misfortune to live before either recording or a fair balance in education and opportunity guaranteed fame to stars like her.

The trio were phenomenally well-connected and cultural giants rolled through their doors, if not in between their sheets — Dickens, Berlioz, Brahms, Flaubert, Robert and Clara Schumann, Tolstoy, Dostoevsky, Wagner and Henry James. Actually, they were scarcely promiscuous, and Pauline had married for stability and affection — given her by the principled and kind-hearted Louis. Love was provided by Turgenev, who switched from French to German to express intimacy in his letters to Pauline — a language Louis did not understand. But in time the affair cooled to a close friendship, as Turgenev’s proximity to both Viardots (he later lived with them) increased.

This combination of the general and particular is not always easy, and at times Turgenev and the Viardots get left behind. Nevertheless, in Prince Albert’s words, it was a period of ‘most wonderful transition’: steamships, the telegraph, photography, mechanized printing, lithography (allowing the reproduction of graphic art), gaslight, the upright piano, provincial theatre, bookshops and journalism, copyright, marketing and capitalism generally, the metallic tubes which kept paint from drying, allowing artists to paint in the open air. The list is long and its impact was vast.

Turgenev is representative of the cosmopolitanism Figes describes. His writing is imbued with it, his novels ‘full of restless wanderers, rootless Russians like himself, traveling aimlessly around Europe’. ‘The sense of settlement,’ Turgenev later concludes, ‘is not in me.’ Racked by gout, he considers himself past it before he is 40. ‘I have aged ridiculously,’ he wrote. ‘I could send you a lock of my white hair.’

He did, though, realize his contribution, particularly to the abolition of serfdom in Russia. The proudest moment in his life, he recalled, came when two peasants approached him (appropriately, on a train) and bowed in gratitude: a memorable vignette in a remarkable book.