He offers voters no change 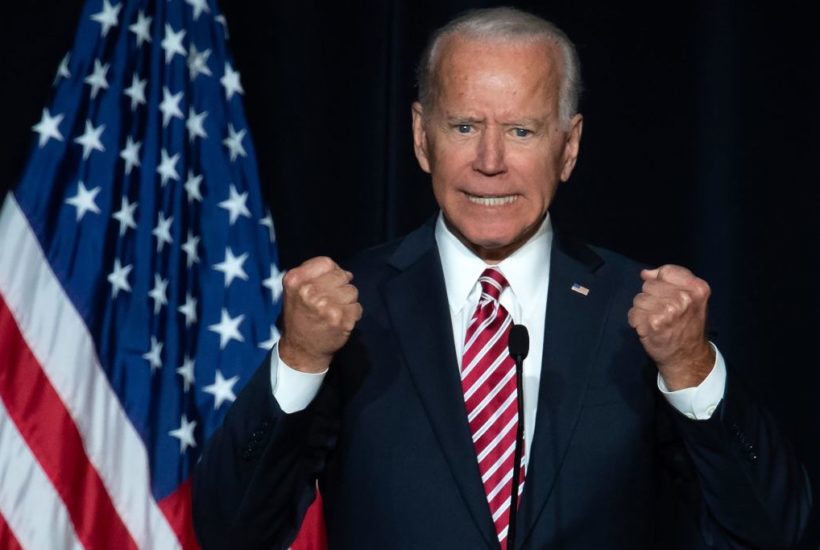 Joe Biden’s inevitable 2020 presidential candidacy is a strange, strange thing. Biden has longed to be president all his political life: he first ran in 1988; he ran again 20 years later. Now we’re more than a decade past his last grab for power, and Biden, as he nears 80, thinks his day has come once more.

What are voters supposed to think is different this time? If Biden wasn’t good enough in 1988 or 2008, why should Democrats accept him as the best they can do in 2020?

Is he the most electable candidate? Polls don’t suggest he’s the only Democrat who can defeat Trump, and there’s good reason to think that Biden’s present approval ratings will only plummet once he’s officially a candidate. Hillary Clinton was the most popular politician in America in the months before she declared for 2016. Not only did her sky-high pre-candidate polling prove to be meaningless in November of that year, it didn’t even clear the field for her in the contest for the Democratic nomination. Biden in 2020 looks a lot like Clinton — or Jeb Bush, a fellow who was meant to be so formidable that Mitt Romney chickened out of challenging him for the GOP crown.

Biden’s defects are more obvious than any rationale for his candidacy. His 1988 campaign self-destructed over revelations of plagiarism. His record as a senator is nothing progressives can celebrate — he let them down in the Clarence Thomas-Anita Hill hearings, sponsored the hardline 1994 Crime Bill, and voted for the Iraq War. Biden is meant to be charming, but he never succeeded in charming national voters in 1988 or 2008, and the charm he’s exhibited with any woman he’s been able to lay hands on is more than a little unseemly in the post-Weinstein era. The usual retort of Biden’s defenders, ‘But Trump said grab ’em by the pussy!’, misses the point completely: do you want a candidate who draws the sharpest possible contrast with Trump, or do you want one who has to spend time apologizing for the kind of thing that Trump gets away with? Biden’s line will have to be, ‘I’m guilty, but not as guilty…’ and Trump’s will be, ‘I’m not the one with a guilty conscience.’ Trump will, of course, have a field day playing with things Biden has said and supported where crime is concerned, too.

The electorate next year may or may not be in a mood to throw Trump out. But every indication is that in other respects, it feels now exactly the way it did in 2016: restless, dissatisfied, eager for new (Trump then, Buttigieg now) or radical (Trump and Sanders then, maybe Sanders alone now) alternatives to the Bush-Clinton double dynasty. Even Obama in 2008 capitalized on the same sentiment: he was fresh, and if not radical, at least seemed sincere when he promised ‘change.’ Biden is more similar to Clinton than Obama or Trump in terms of his basic profile as a candidate: he’s old, not new to politics; he’s dead center, not left or right. Do the voters who rejected experience and devotion to long-term status quo in 2008 and 2016 really want to embrace those things now? Signs point to ‘no.’

The danger for Trump is that he may now be seen as a representative of the very thing he campaigned against in 2016. That was the danger for Obama in 2012 as well, but he got lucky in that the Republicans nominated a ticket that was even more of a throwback than Obama had by then proved to be. Biden plausibly sees his greatest strength in 2020 as his connection to Obama. But the Obama record is yet another of Biden’s burdens. Sen. Biden is someone Democrats would never imagine nominating in 2020, just as they didn’t nominate him in 2008 or 1988. But Vice President Biden, heir to Obama? If they stop to think about what that means, Democrats may have doubts about him, too. Heir to what, exactly — to sluggish economic growth and higher rates of black employment than under President Trump? Heir to broken promises to close the detention camp at Guantanamo Bay? Heir in foreign policy to the US withdrawal from Iraq or to the failure to end the war in Afghanistan? Heir to the Libyan intervention? Obama’s foreign-policy record is objectively worse by any measure than Donald Trump’s, just as his economic performance is. Obama’s boldest domestic-policy initiative was cribbed from Mitt Romney. Even in the culture war, Obama led from behind, leaving a Republican-dominated Supreme Court to legalize same-sex marriage for the whole country. Conservatives, of course, find nothing to like about the Obama record. But take Obama himself out of the picture, and progressives too will find little to like, if they’re honest. That’s the record Joe Biden has to run on, if he doesn’t run on his own record as a senator, which is worse.

Donald Trump at this point has a strong economic record — low unemployment, rising wages, lower taxes for everyone — coupled with a less disastrous foreign-policy record than either George W. Bush or Barack Obama. That may yet change: the economy could fall into recession, or Trump could add one neocon too many to his administration and find himself at war in some sinkhole country that swallows American lives and honor to no purpose other than the slaughter of the very innocents we purport to liberate. The more Trump comes to resemble another Bush, the better the chance that any Democrat will beat him. Even Joe Biden.

But if Trump’s record next year still resembles his record as of now, Democrats won’t beat him with nostalgia for the Obama years — with an almost octogenarian white guy instead of Obama at the head of the ticket. Biden has none of Obama’s charm or historic significance; just the opposite. And the Obama record without Obama is a pitiful thing.