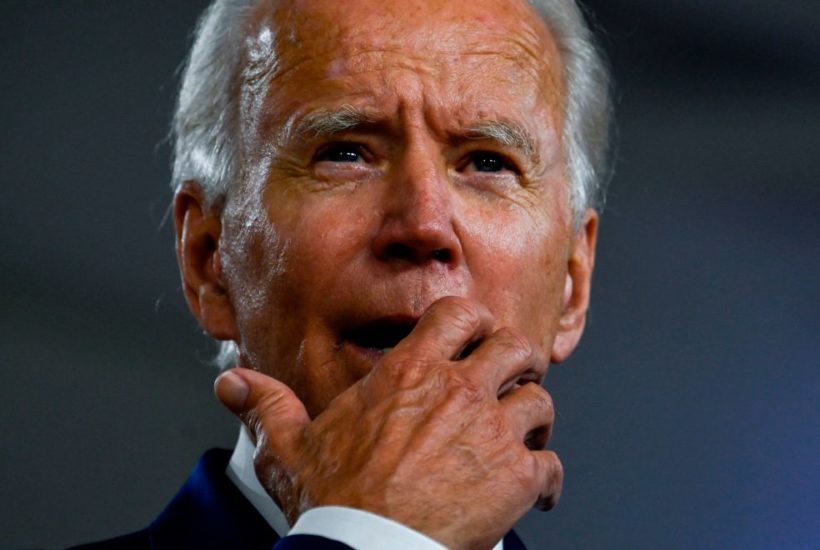 In a 2008 essay in the American Conservative, I encouraged my fellow conservatives to vote for Sen. Barack Obama in the upcoming presidential election rather than his Republican opponent, Senator John McCain. I have zero regrets about writing that essay.

The editor of this magazine wonders if I would venture a similar endorsement of Joe Biden, certain to become the Democratic nominee in this year’s race. The answer is no. Whether I end up casting a grudging vote for Biden remains to be seen. Certainly nothing could persuade me to vote for Donald Trump. Yet, as was the case in 2016, the ballot will offer other choices. And there is always the option of staying home.

By any conceivable measure, Trump deserves to lose his bid for reelection. The country today is in immeasurably worse shape than when he took office. Granted, not all of the nation’s problems can be laid at his feet. But his administration’s bungling response to the coronavirus pandemic and his tone-deaf attitude regarding the brutality of racist cops alone offer sufficient reason to terminate his lease on the White House. And don’t get me started on his whimsical and erratic approach to foreign policy. Trump makes George W. Bush look like a model of judiciousness and Bill Clinton a beacon of moral character.

As the anti-Trump press gleefully reports, the polls suggest that the President’s support is crumbling. Yet the election is still months away. And in 2016, the pollsters said that Hillary Clinton was a shoo-in to win. So as Trump himself is fond of saying, ‘We’ll see’.

Still, why not hop aboard the Biden bandwagon? Because in my judgment he appears unlikely to be the president that the United States needs in this difficult time. My reservations about Biden center on two facts. First, he is old. Second, he is old-school. If elected, Biden will be 78 when he takes office. I have nothing against senior citizens. I am one. But with age comes a decline of faculties. The demands of the presidency place a premium on physical and mental vigor. Biden’s much-noted penchant for verbal gaffes is suggestive of a politician well past his prime.

Of course, the political class has a bipartisan tradition of downplaying or concealing presidential afflictions. It did so when Woodrow Wilson suffered a massive stroke in 1919 and Eisenhower a serious heart attack in 1955. It did so with Kennedy, turning a blind eye to his sundry medical complaints (and to his dependence on various prescription drugs). And, of course, it covered up evidence that in his second term Ronald Reagan was suffering from dementia. In every case, the country was ill-served by those who participated in these schemes.

A Biden presidency increases the likelihood of this intolerable circumstance recurring. To state the obvious, the nation deserves a healthy president in the prime of life. Black or white, male or female, gay or straight: that part doesn’t matter. So even if to impress the media, Biden starts running 10k races — an updated version of JFK’s backyard touch football — he’s still too old for my taste.

In addition to being old, Biden is also old-school, a career politician first elected to the US Senate just as the Vietnam War was ending. Like many a seasoned pol’s, Biden’s position on key issues has evolved over time. Once pro-life, he now opposes any restrictions on abortion. Once tough on crime, he now advocates prison and police reform. Once reliably hawkish, he has now disowned his vote in favor of invading Iraq in 2003. In sum, he is a flip-flopper at a time when what the nation needs is vision combined with principle.

The Biden candidacy offers neither. Its emphasis is on marketing. The Biden for President website proclaims in capital letters ‘WE KNOW JOE!’ But ‘we’ in this context is not the ‘us’ of a nation badly in need of healing its divisions. It is instead a society divided into segments, each having its own set of interests, which a Biden presidency vows to satisfy.

So the Biden campaign offers a distinct set of promises for Catholics, plus a different set for Jews and a third for Muslims. There is a Biden agenda for blacks, another for ‘the Latino community’ and yet another for AAPI (Asian-Americans and Pacific Islanders). Residents of what the campaign refers to as ‘Indian Country’ receive due attention. So too do women, ‘older Americans’, rural Americans, LGBTQ+, veterans and military families — just about every conceivable subgroup apart from Protestants and atheists. They, apparently, are on their own.

Trump’s critics rightly complain about his divisiveness. But a campaign that blatantly panders to interest groups seems unlikely to yield a presidency that places a premium on bringing Americans together. It didn’t use to be this way.

In 1932, an election year as momentous as the present one, the platform of the Democratic party did not pander. It did not promise one thing to Catholics and something else to Jews and so on. It specified a set of concrete goals for the nation. Some were sound (‘no interference in the affairs of other nations’), others frivolous (‘the rehabilitation of silver’ as the basis of a ‘sound currency’). But with few exceptions, the platform spoke directly to the collective needs of the entire nation. The doctrine guiding the party ‘in the hour of our country’s need’ was simple and straightforward: ‘Equal rights to all, special privileges to none.’

That this represented aspiration not untouched by hypocrisy is no doubt the case. Yet the aspiration itself spoke volumes. It assumed the existence of a people whose identity as Americans took precedence over all other labels or loyalties.

Indeed, the New Deal subsequently fashioned by that year’s Democratic nominee once he became president largely made good on that aspiration.

I am not given to nostalgia. But the present moment does call for the political genius of someone like Franklin Roosevelt. If Joe Biden suddenly manifests qualities comparable to those of FDR, he might get my vote. But for now I’m still looking for the candidate that our country needs and deserves.

Andrew Bacevich is president of the Quincy Institute for Responsible Statecraft. This article is in The Spectator’s August 2020 US edition. Subscribe here to get yours.